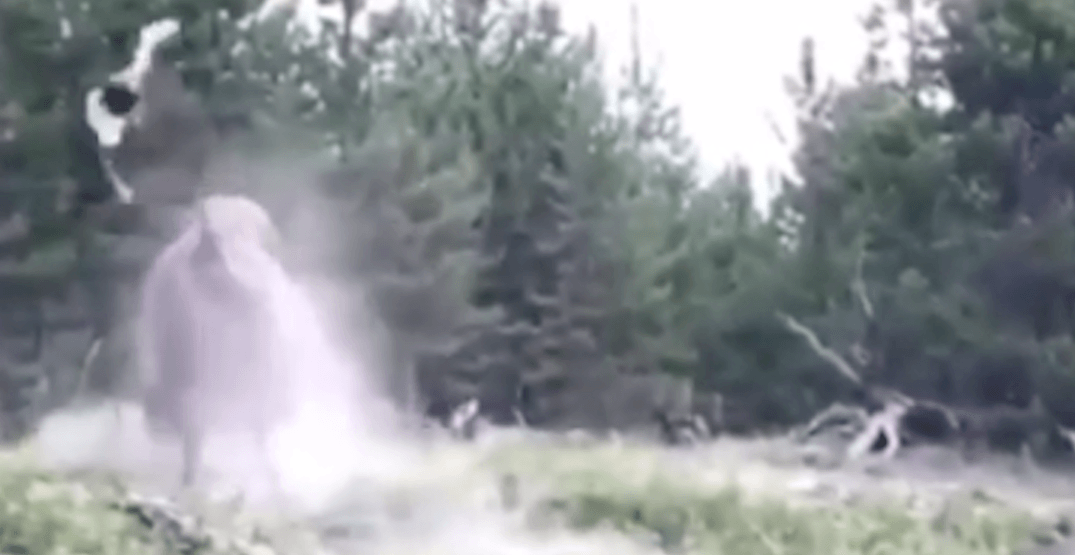 A 9-year-old girl suffered injuries after “an incident with a bull bison” near Observation Point Trail area of Yellowstone National Park, this week.

According to the US National Park Service, the incident took place in the Old Faithful Geyser area of the trail, on July 22.

Witnesses reported that a group of about 50 people were standing within five to 10 feet of the bison for at least 20 minutes, before eventually causing the bison to charge the group.

During the incident, the girl, from Odessa, Florida, was charged “and tossed into the air by the bull bison,” officials said.

Officials said the incident is still under investigation, and no citations have been issued.

In the wake of this incident, park officials are reminding the public that “wildlife in Yellowstone National Park are wild.”

As such, they advise that when an animal is near a trail, boardwalk, parking lot, or in a developed area, “give it space.”

Ultimately, “if need be, turn around and go the other way to avoid interacting with a wild animal in close proximity,” they added.