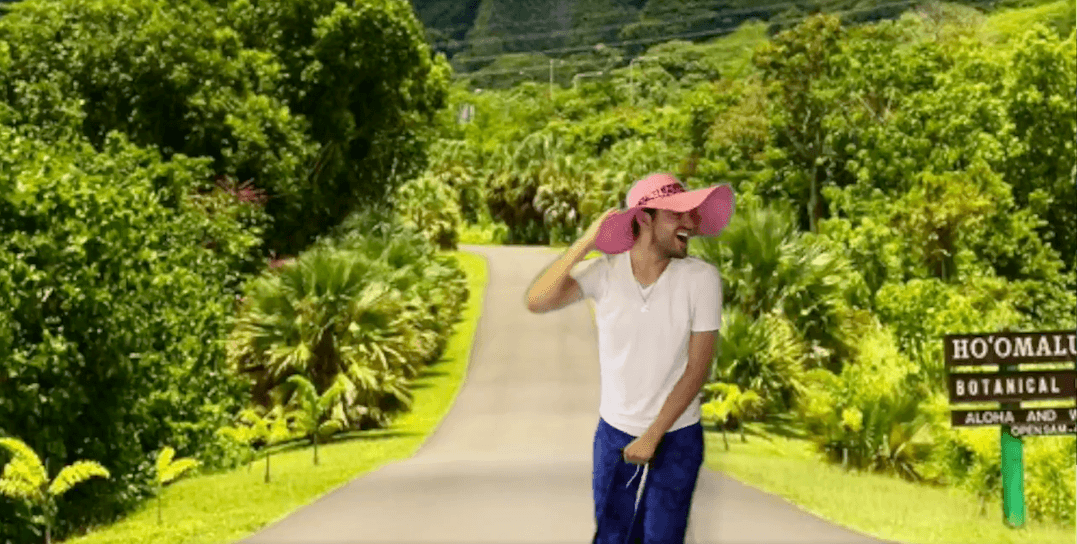 Don’t judge a book by its cover… the grass is always greener… when you can’t afford a trip to Hawaii, join the roster of viral internet videos.

All tried and true, time-honoured words to live by. Right?

When this savvy content creator realized that a trip to Hawaii wasn’t in the budget, he didn’t let the facts get him down.

Instead, the crafty creative put together a video that depicts him having the greatest dang time on a Hawaiian vacation. So that maybe, he could live vicariously through… himself?

The video has been well-received on Twitter, receiving nearly 200,000 retweets since being shared at the end of last week.

Now, if every one of those retweets was worth a dollar…

I can’t afford a trip to Hawaii so I created one 🌺 pic.twitter.com/nsSvlTT2G4