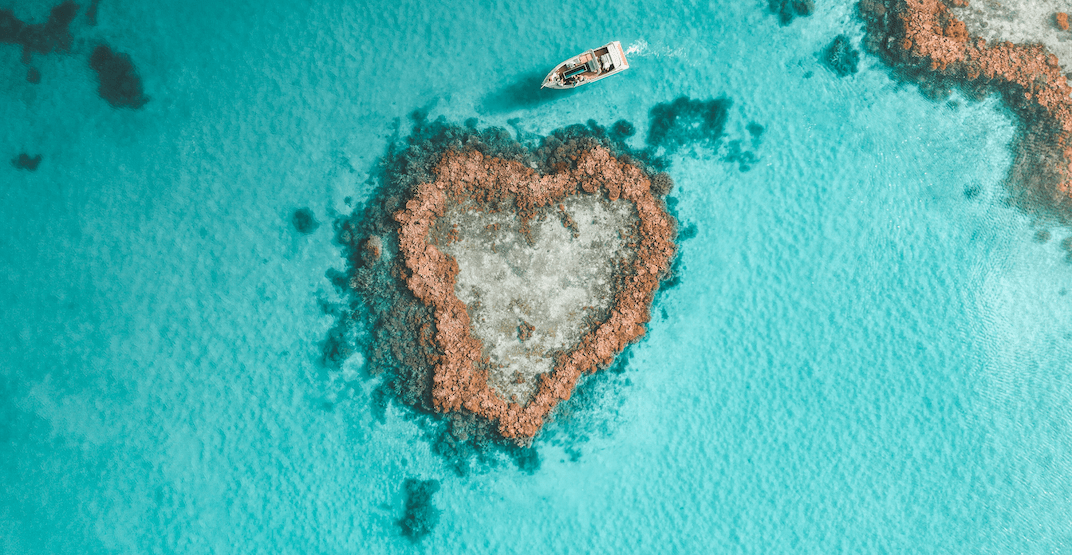 For those who don’t know, Australia’s most picturesque region, the beloved Whitsunday Islands, were partially wiped out in 2017 after cyclone Debbie severely devastated the region.

However, two years later, the Whitsunday Islands are back in action.

However, what has people excited everywhere is that Hamilton Island has just announced the first-ever Heart Island experience on the Great Barrier Reef. 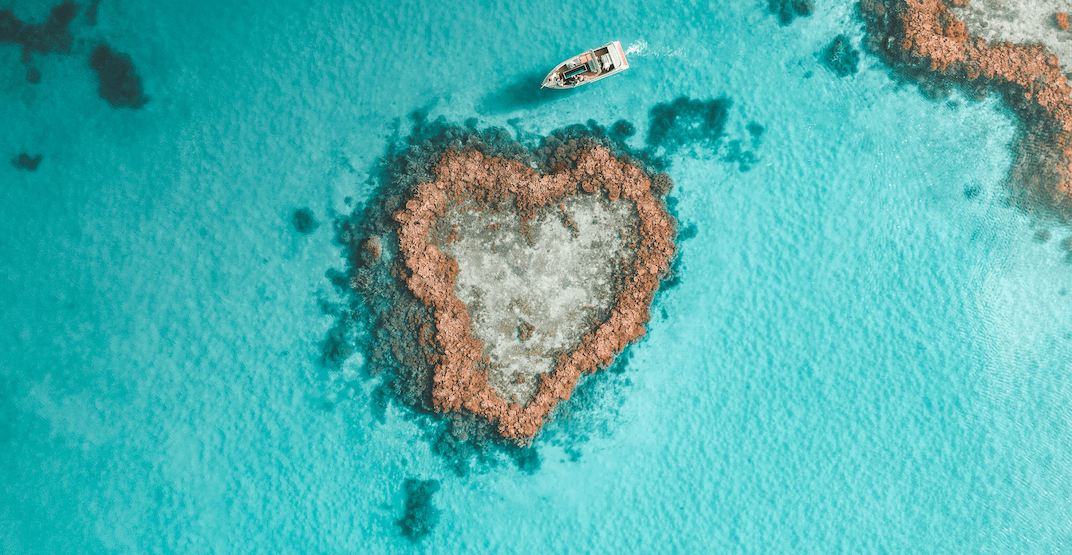 Heart Island is a stunning composition of coral that has naturally formed into the shape of a heart.

Who knew Mother Nature was a romantic at heart?

The sharp contrast of the heart-shaped coral and the turquoise waters enveloping it, makes this one of the most beautiful and must-visit natural attractions.

Heart Island is best experienced from the air by helicopter or seaplane, as visitors are unable to snorkel, or dive there due to its protected status. 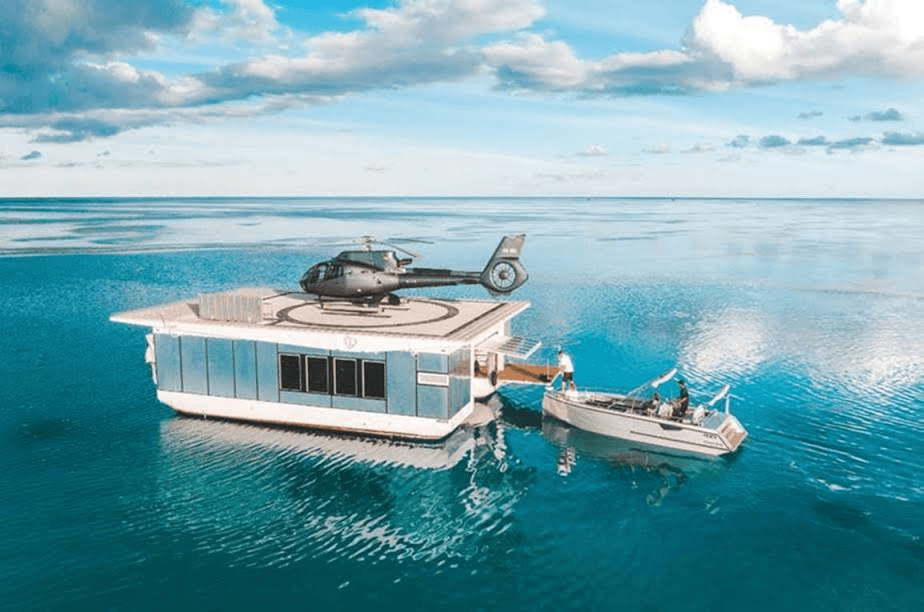 Flying over the reef (Hamilton Island)

Heart Reef, the home of Heart Island, was accidentally discovered in 1975 by one of Air Whitsunday’s pilots, and is now an internationally recognized attraction of the Whitsundays.

It’s no shocker that Heart Reef has been the site of many proposals and declarations of love over the years. So if you’re planning on making the ultimate romantic gesture to a loved one, head on over to the land from down under!