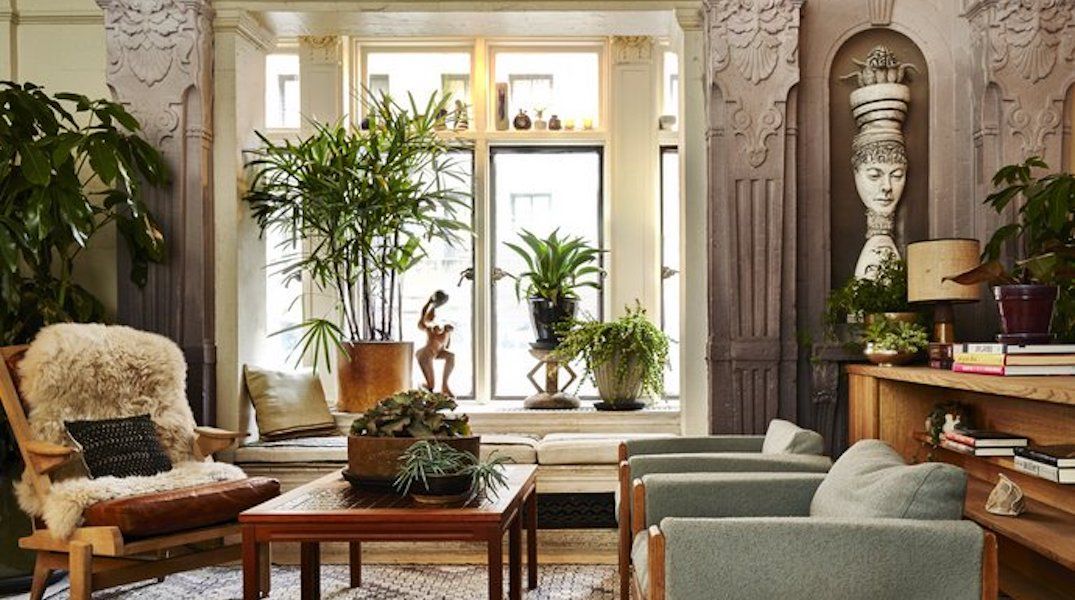 Looking for the best budget-friendly hotels in New York? You’re not alone.

New York is known for its iconic skyline and pulsing atmosphere — but it is also notoriously expensive. Between designer shopping, high-end cuisine, and world-class entertainment, things can add up rather quickly.

Luckily, there are many ways to get the ultimate New York experience without breaking the bank. Street festivals, city parks, free museum hours, and community events are just some thrifty ways to experience this vibrant city. There are also some New York travel hacks, like sailing past the Statue of Liberty on the rather affordable Staten Island Ferry.

When it comes to booking hotels, you don’t need to book a thousand-dollar room for a luxe New York experience. In fact, many budget-friendly options await you.

Budget hotels of past decades may have been places to steer clear of. But nowadays, they are some of the hippest joints in town. And though rooms may fall on the minimalist end of the spectrum, stylish decor, useful amenities, and communal lounge spaces do much more than make up for it. Besides, how much time will you actually spend in your room?

New York beckons! And for those seeking the Big Apple’s best digs at a reasonable price point, here are some of the best budget-friendly (but still totally fabulous) hotels in New York. 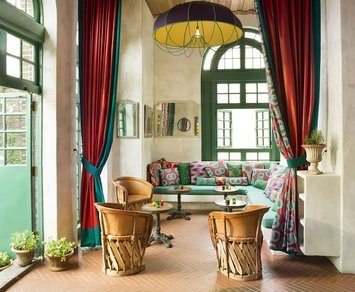 Pod 39 offers stylish 3-star accommodation close to New York’s Chrysler Building. Clever design makes the hotel’s pod-like rooms as stylish as they are comfortable. Perks include complimentary Wi-Fi, 24-hour reception, a currency exchange, and sweeping views over the city. Trendy communal spaces like the hotel bar, restaurant, and rooftop terrace offer guests a place to unwind after exploring local sights and attractions, making Pod 39 one of the best budget-friendly hotels in New York. 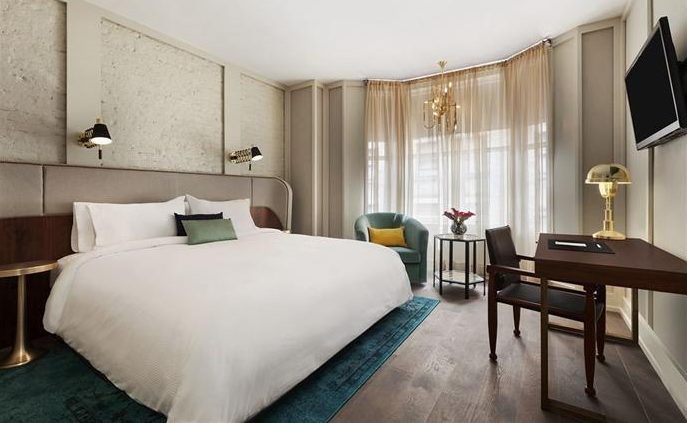 The Evelyn is a chic 2-star hotel situated within walking distance of the Empire State Building and Madison Square Garden. The hotel features finely-decorated rooms with Wi-Fi, ironing facilities, and a seating area. Hotel guests will find an on-site gym and restaurant disposal, as well as a 24-hour reception and tour desk. 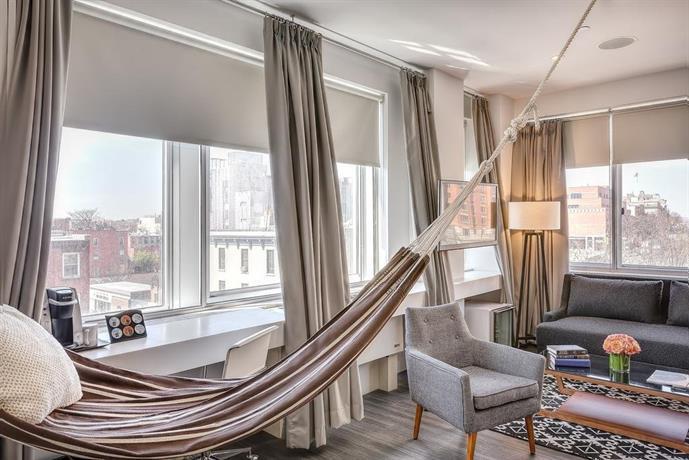 Guests seeking the ultimate urban retreat can book a room at NU Hotel New York City, where rooms feature a ready hammock and views of Brooklyn. NU Hotel offers complimentary WiFi, express check-in/check-out, babysitting services, and a fitness centre. Guests can enjoy a drink and meal at the on-site restaurant or use the nearby Hoy Street – Fulton Mall Subway Station to explore the area’s many offerings. 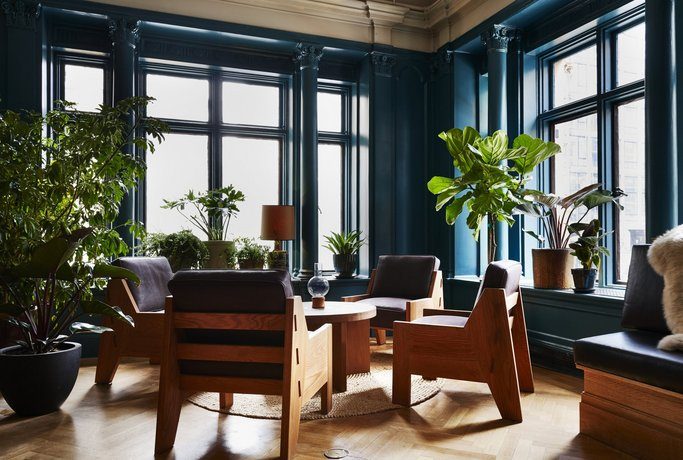 Freehand New York is ideal for travellers who want to immerse themselves in the Flatiron District’s artistic community. Housed in the former George Washington Hotel, this trendy 4-star accommodation has long been home to New York’s writers, artists, and creatives.

Freehand is known to host live music, art workshops, and fitness classes to create a unique guest experience. It not only offers options to suit every traveller and group size including Three’s Company rooms, but each room comes with thoughtful touches like a welcome fruit bowl. Whether hanging in the lobby or the rooftop bar oasis that is the Broken Shaker, you’ll find an Instagram opportunity in every nook and corner. Indeed, Freehand stands as one of the best budget-friendly hotels in New York (even though it is technically a hotel-hostel hybrid). 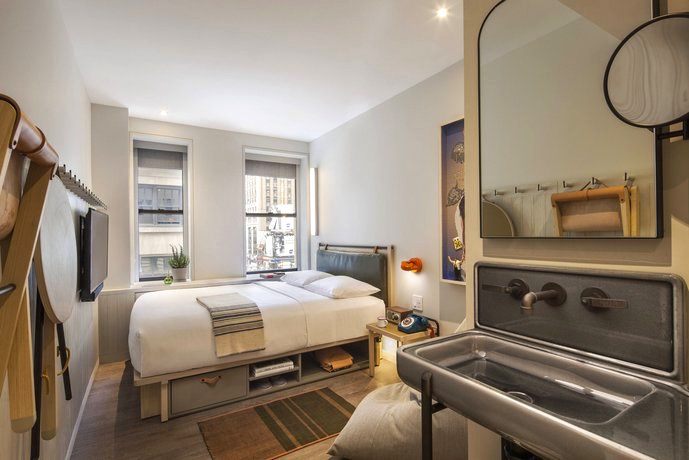 MOXY NYC Times Square brands itself as a social boutique hotel that caters to modern travellers with clever design, smart technology, and dog-friendly rooms. Amenities include trendy co-working spaces, a fitness centre, and Blind Barber (which offers a complimentary cocktail after service). Guests can pop into Egghead for breakfast or seafood brasserie Legasea. The Magic Hour Rooftop Bar & Lounge, New York’s largest of its kind in the city, also offers a whimsical experience where guests can unwind after exploring nearby sights like Times Square and the Empire State Building. 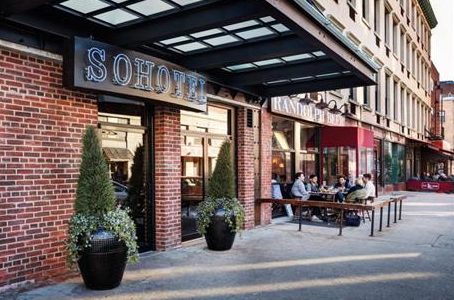 Sohotel New York City is a great base for exploring New York — and sampling the city’s Italian fare. The 3-star hotel is situated in Little Italy, near Canal Street and the Tenement Museum. Vibrant decor against exposed brick walls creates a modern setting further complemented by the hotel’s well-appointed rooms. Luggage storage, ticket service, porters, and a concierge are also available to ensure guests are well looked after. 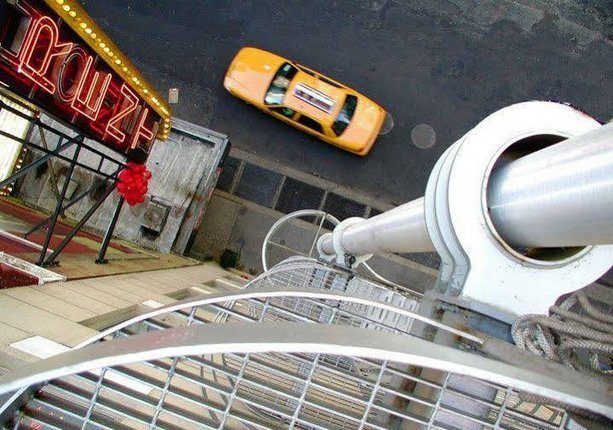 Hotel Shocard is the best budget-friendly hotel in New York for guests wanting to dive into the local art and entertainment scene. Set in the heart of the theatre district, this 3-star accommodation is also close to the Empire State Building and Madison Square Garden. Rooms at Hotel Shocard come equipped with a hairdryer, laptop safe, Wi-Fi access, and all the necessities for a comfortable stay. Guests are also encouraged to use the hotel restaurant, bar, and rooftop terrace. 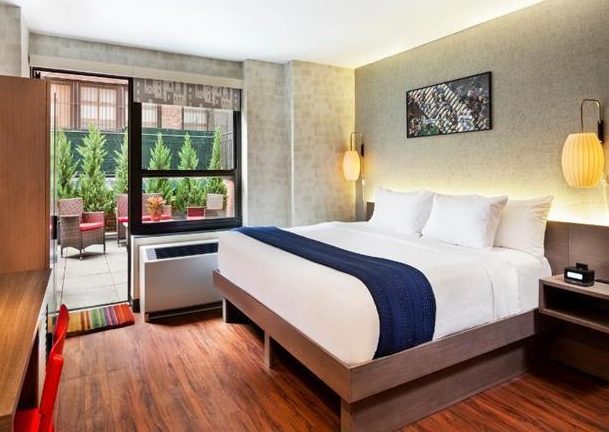 Tastefully adorned with bright decor, this modern hotel offers a comfortable stay in the ultra-hip NoMad neighbourhood. The Paul is more understated than its counterparts such as The Ace Hotel but offers the same thoughtfulness towards design elements and services. The Paul also offers wine tasting, valet parking, and a tour desk. It is also conveniently situated a short stroll away from famous sights like the Empire State Building and Madison Square Garden. 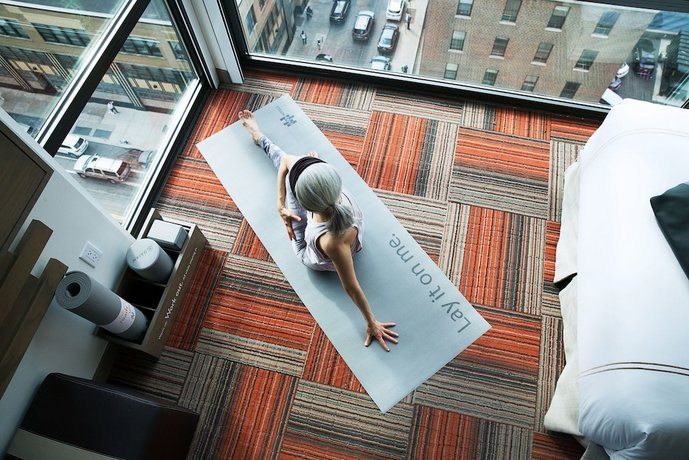 Does travel interfere with your daily routines? That’s all about to change. EVEN Hotel is the best budget-friendly hotel in New York for travellers wanting to keep up with their health and wellness rituals. The Brooklyn Bridge is a short jog away from EVEN Hotel and a yoga mat is never far from reach. The 4-star hotel also offers a best-in-class Athletic Studio, in-room training zones, and group classes. Cork & Kale Market and Bar provides natural food options easily customizable for all dietary needs. EVEN Hotel also features a brick-walled courtyard and living green wall, creating a relaxing space that is all about guests’ well-being. 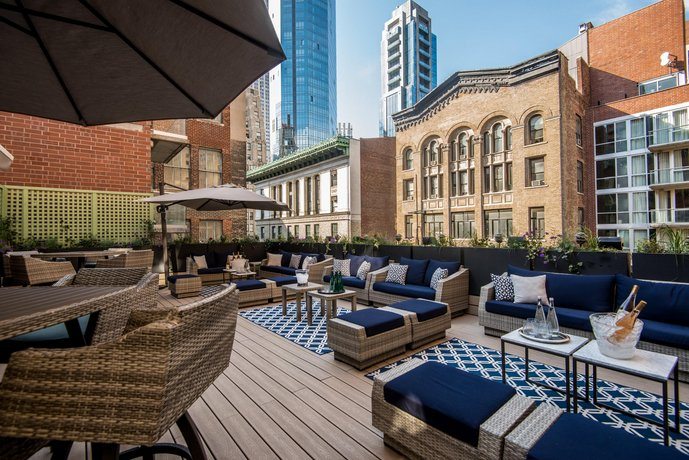 Voted one of the best boutique hotels in New York City by Forbes, HGU New York proves that quality doesn’t always require an outrageous price tag. The recently renovated Beaux-Arts hotel is named after the Hotel Grand Union, the original tenant of the 1905 building. Hotel guests will find restful spaces with a balance of ornate flourishes and modern conveniences, not to mention an intoxicating art collection dispersed throughout the property. The hotel restaurant offers elevated American fare that complements the cock-tail driven menu found at the 1905 Lounge features a cocktail-driven menu or head to the HGU Rooftop for a Manhattan skyline backdrop and Empire State Building views. 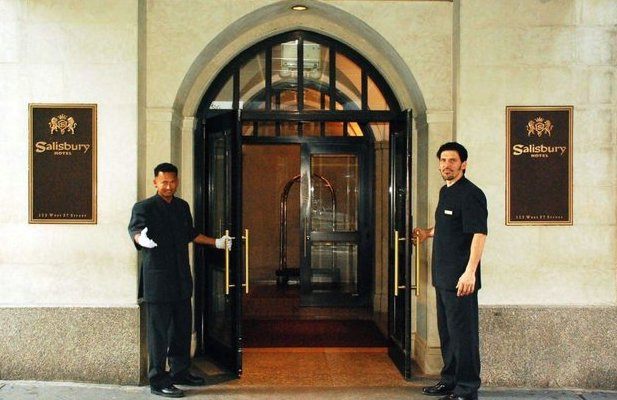 The historic Salisbury Hotel is conveniently located in the same neighbourhood as some of the best high-end hotels in New York, providing easy strolling access to Central Park and The Museum of Modern Art. The 3-star accommodation features classic decor and spacious rooms. Hotel amenities include an in-house spa, kids’ club, and express check-in/check-out.

We hope we’ve proven that you don’t have to sacrifice value or style when you book one of the best budget-friendly hotels in New York… so go on and indulge. We dare you.

*All prices quoted in USD.

Daily Hive has an affiliate partnership with Kayak.com and its subsidiaries.