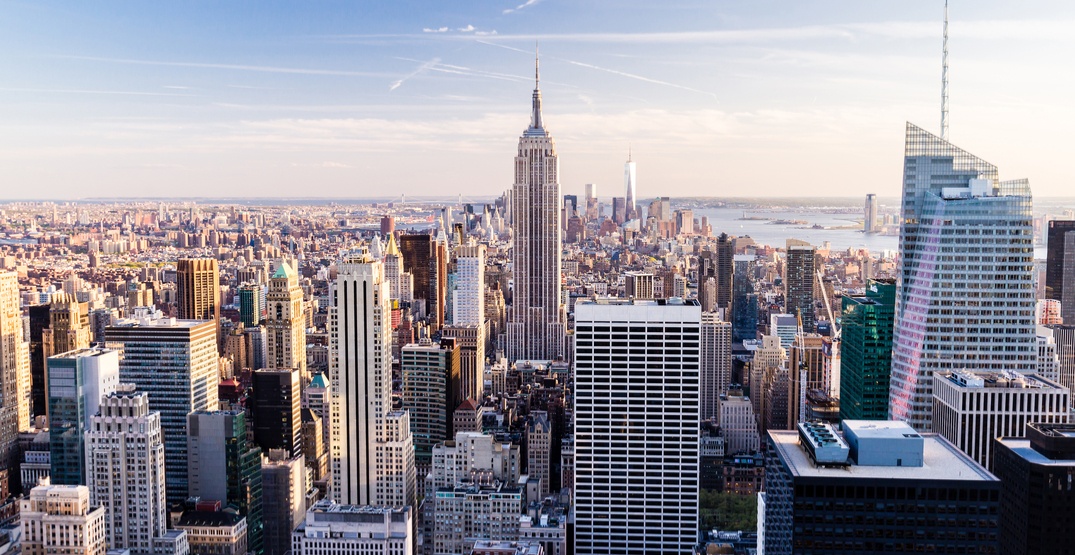 New York is home to five boroughs: Staten Island, Manhattan, Brooklyn, The Bronx, and Queens. Each is filled with various neighbourhoods and has its own unique charm, with Manhattan typically attracting the most tourists and embodying most of what we picture when we hear “New York City.”

As you make your way across Gotham you will come across influences from every culture, friends from across the globe, and activities for days. The key to discovering the heart and soul of this city is just to keep walking.

So put on your comfiest shoes and pull out a map. Here is our neighbourhood guide to the hottest spots in New York City. 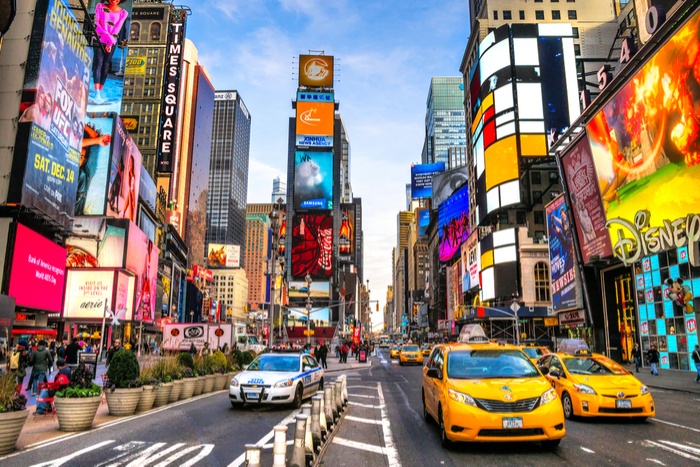 Midtown is quintessential New York City. Towering skyscrapers, flocks of people, gridlock taxis, iconic landmarks. Midtown is home to Times Square, Rockefeller Center, the Empire State Building, MoMA, 5th Avenue shopping, and many more spots that you’ve surely seen on your TV screen. The locals love to hate, but this area is one that you’ll need to check off your list. 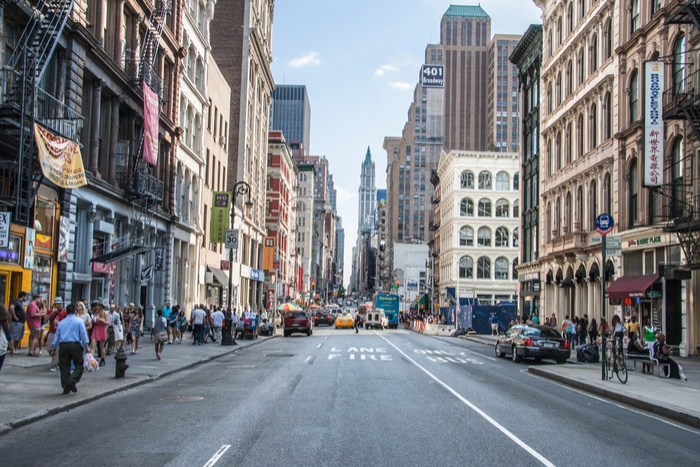 These centrally located ‘hoods are hotspots for the city’s trendiest dining, shopping, and celebrity spotting. You will have no problem finding things to do in these areas, but if all else fails, just park yourself at a café window and people watch.

Soho is chic shopping, Nolita is quaint cafés and restaurants, and Tribeca is industrial lofts. The names are broken down into their geographic locations: South of Houston Street (SoHo); North of Little Italy (NoLita); and Triangle Below Canal Street (TriBeCa). 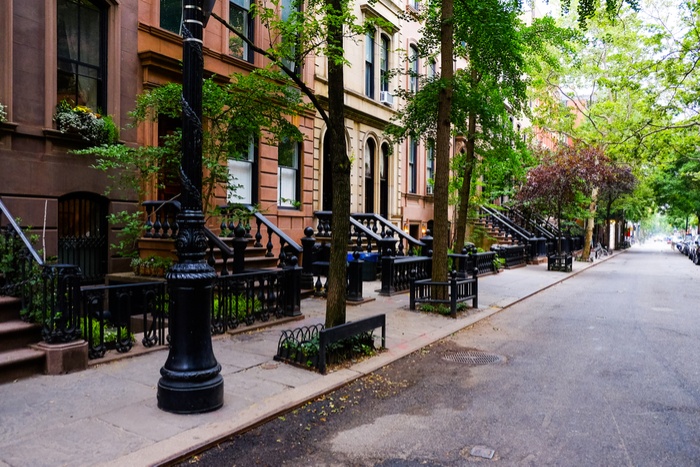 Once you escape from the hustle and bustle of Midtown, make sure you head out to the more chill, residential areas of Chelsea, Greenwich Village, and West Village. With very Instagrammable tree-lined streets and brownstone homes, these areas are goals for anyone who dreams of moving to NYC. Here you will find a nice little escape to enjoy a glass of rosé on a restaurant patio, do some boutique shopping, pop into a friendly neighbourhood bar, or just stroll down the streets without masses of tourists surrounding you.

The artsy Chelsea is home to the High Line, Chelsea Market, and a bumpin’ LGBTQ scene, while Greenwich Village and West Village host a mature-yet-here-t0-party crowd and are home to plenty of speakeasies, jazz clubs, the Comedy Cellar, and the building exteriors of FRIENDS and Carrie Bradshaw. 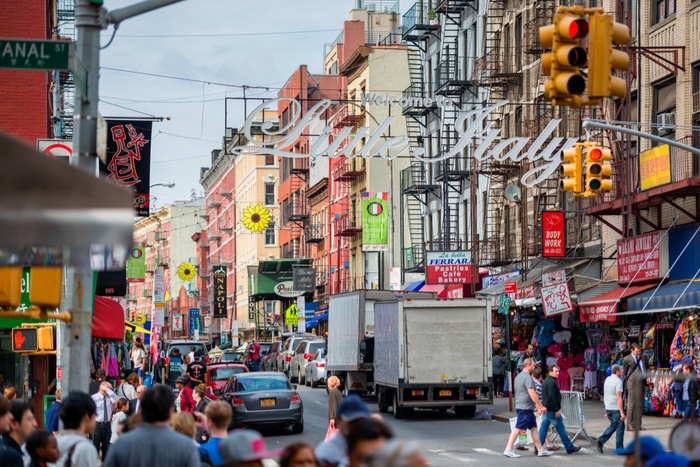 These two areas border each other but each retains their distinct character of the country they are named after.

Chinatown is banners with Chinese characters lining the streets of Cantonese and Mandarin food restaurants and shops, people doing Tai Chi in the park, and intense games of chess or mahjong.

Little Italy is checkered tablecloths and charming Italian waiters (or at least they think they’re charming) summoning you onto their terrace for a glass of Prosecco and a pizza. 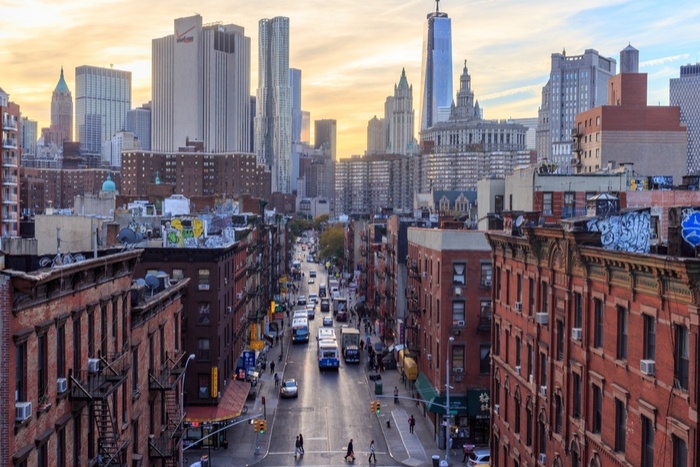 A bit grittier and on the same note, perhaps a bit more endearing, the lower eastern parts of Manhattan are buzzing with youthful bars and slightly more affordable eats and accommodation (it’s still New York, so emphasis on the “slightly”).

There are a ton of spots for delicious international eats, such as Veselka for 24-hour Ukranian, Momofuku Ssäm for Korean, and Mamoun’s Falafel for Middle Eastern. While you’re in the area, take a stroll down 1st Street or 2nd Avenue for some awesome street art.

The Lower East Side is home to the famed Katz’s Deli, while East Village is home to a hipster music and bar scene. 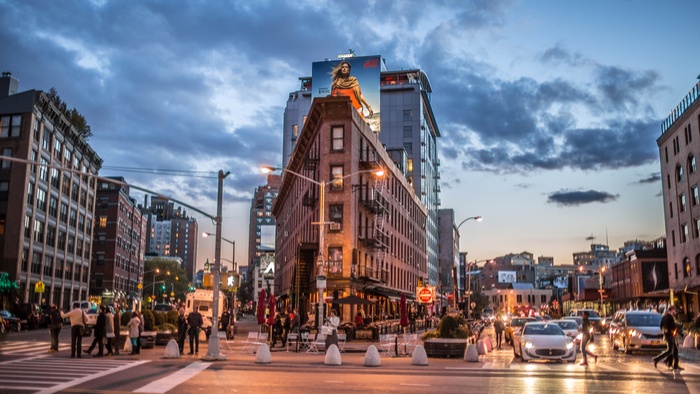 If you’re looking for upscale nightlife, rooftop bars, and designer boutiques, look towards the Meatpacking District.

Take a stroll along the High Line, a raised park on an abandoned railroad track with awesome photo ops of the city. Hungry? Pop into the rustic industrial Gansevoort Market for a variety of yummy food stalls.

This area has a different feel from the rest of Manhattan due to its swanky vibe, cobblestone streets, charming architecture, and (sometimes) quieter streets. 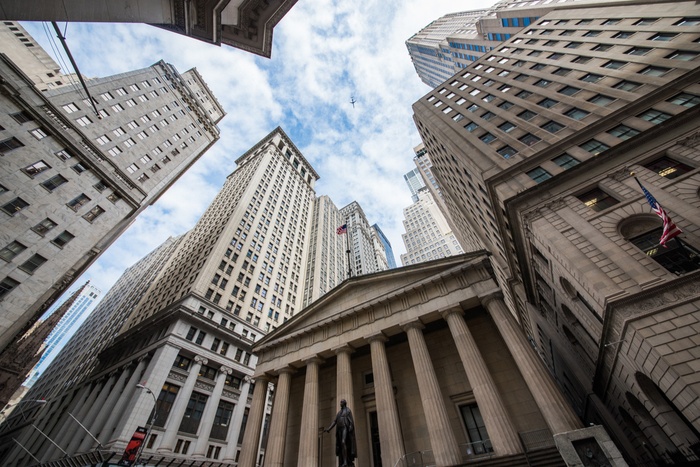 Head to the business hub of the city for towering skyscrapers like the New York Stock Exchange, as well as the Charging Bull, Fearless Girl, and Wall Street (ladies, pro tip: head here on a Monday-Friday lunch break for all the men in suits you could ever dream of).

Closer to the water you will find the 9/11 Memorial and Museum and the soaring One World Trade Center. Keep strolling along the seaside and you will catch views of the Statue of Liberty and Ellis Island, leading all the way over to the Brooklyn Bridge. The food and bev scene is more vibrant in other areas of the city but there is a fun little stretch on Stone Street for al fresco dining. 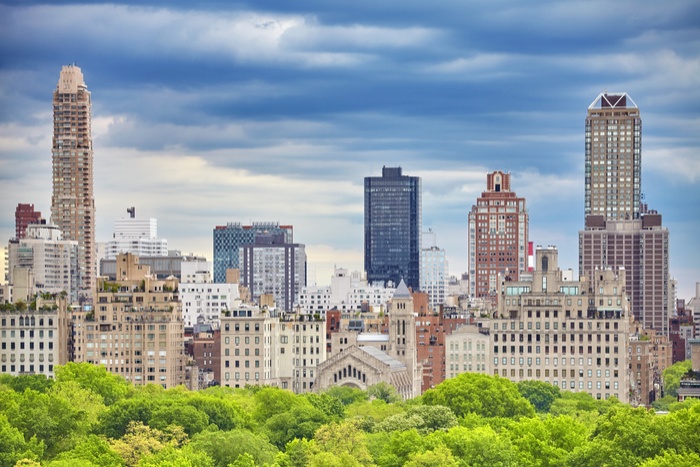 This is XOXO Gossip Girl territory. Grand, spacious apartment buildings, the Metropolitan Museum of Art, flanked by 51 blocks of Central Park. It’s worth strolling through here for a glimpse of how the city’s elite live, but if you can afford to stay here, we’re making you pay for drinks. 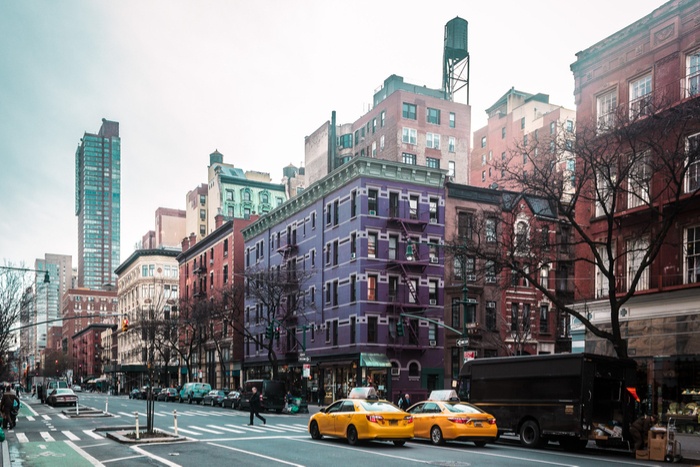 Slightly less boujee than its eastern counterpart, this side of the park is mainly residential, with many families choosing to make this area their home. Come here to check out the museums such as the American Museum of Natural History, and stop by Levain Bakery for a decadent chocolate chip walnut cookie. Mmmmm. 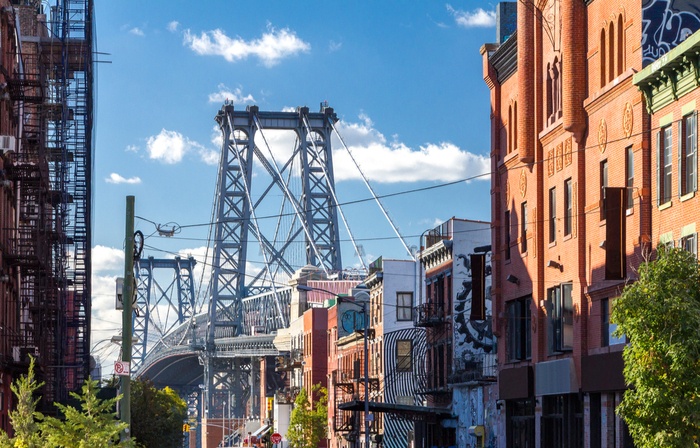 Brooklyn is definitely one of the most up-and-coming areas of New York City and does offer some cheaper accommodation and dining options.

Walk across the Brooklyn Bridge to DUMBO, which stands for Down Under the Manhattan Bridge Overpass. It is a bustling area with eclectic shops, delectable eateries, and a thriving arts and culture scene.

Or, take the Williamsburg Bridge over to Williamsburg, which is redefining cool. Pop into one of the trendy shops, cafés, and bars as you stroll through the Insta-worthy streets. And don’t forget to take in the view of the Manhattan skyline from across the East River. 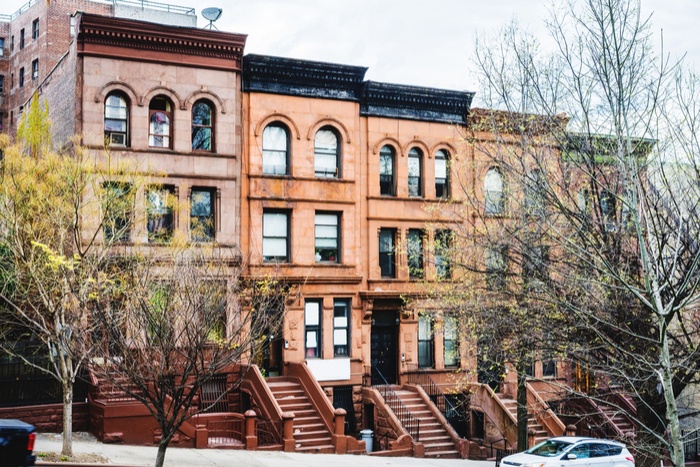 This area is quickly becoming one of the trendiest parts of New York. Slightly off the beaten tourist track, this northern area of Manhattan has hip restaurants, a diverse range of cultural backgrounds, an intimate jazz scene, charming low-to-mid-rise architecture, and soul food galore. Definitely worth an afternoon stroll or evening frolic.