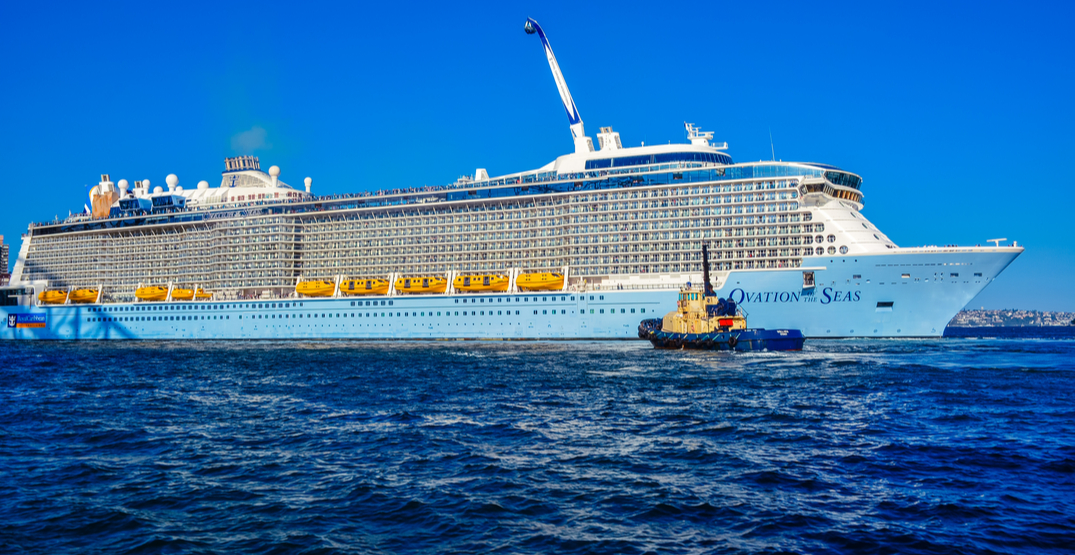 After the Whakaari/White Island volcano eruption in New Zealand left a confirmed 15 people dead, a cruise company with a ship in the vicinity during the eruption has announced they’ll no longer be making trips to active volcanos.

The Ovation of the Seas, a member of Royal Caribbean Cruises Ltd.’s fleet of ships, has officially returned to Sydney.

The cruise line issued a statement surrounding the incident in which they confirm that a number of their guests were touring the island on the day of the eruption.

A post shared by NEW ZEALAND | TRAVEL DEMOCRACY (@newzealandtraveldemocracy) on Dec 9, 2019 at 4:32am PST

“We are devastated by today’s events and our hearts go out to all those affected by this tragedy,” the statement reads. “We are working together with local authorities, and we are providing all the help and care we can to our guests and their families, including offering medical resources and counselling.”

According to reporting by the New Zealand Herald, 38 out of 47 people on White Island during the eruption were travelling on the Ovation.

Royal Caribbean also sent members of staff from both their Sydney and Auckland offices to assist family members however possible.

“After this heartbreaking incident, we are suspending tours of active volcanoes,” a representative from Royal Caribbean told Mapped in a statement.

Additionally, Ovation of the Seas will stay ported in Sydney to assist with the situation.

The cruise line issued a tweet thanking all those providing support.

We are grateful for the work of all the first responders and medical personnel. We also thank the prime minister and her team, the local authorities and everyone who has reached out to help with their kind thoughts and prayers. https://t.co/ehjQghV1vy via @RCLCorp

Multiple outlets are questioning whether the cruise line should have known better than to visit the volcano with New Zealand Prime Minister Jacinda Ardern stating “questions must be asked, and they must be answered.”

The New Zealand Police have been conducting multiple recovery initiatives in conjunction with other government organizations to retrieve the remains of loved ones to return to their families.

“Recovering the remaining victims and returning them to their loved ones is an absolute priority for NZ Police,” the department said in one update.

In one of its latest recovery missions, New Zealand Police sent two teams of four Search and Rescue and Disaster Victim Identification staff to the island to dive along the shore where their “best information suggested a body may be.”

The department says that there are likely still two remaining bodies in the water.

The department is also continually updating the list of names of those who have died or are still missing following the eruption.

Turbulent weather conditions, as well as air quality, continue to hinder recovery efforts. Still, forces are doing all they can to ensure that they can to continue their retrieval efforts safely and effectively.

The New Zealand Police is also frequently updating its Twitter and website with the most relevant and up to date information.

Prime Minister Ardern offered her appreciation for those who “did extraordinary things to save lives” in an Instagram post on Sunday.

Ardern also held a moment of silence during her last cabinet meeting to honour those impacted by the eruption.

“Wherever you are in New Zealand, or around the world, this is a moment we can stand alongside those who have lost loved ones in this extraordinary tragedy,” Ardern said in a statement.

A week ago New Zealand experienced the most extraordinary tragedy – an eruption on Whakaari/White Island while kiwi guides and guests from around the world were visiting. Lives were lost immediately, and in the days that have followed others have succumbed to their injuries. There are almost no words for the stories of both the aftermath and the loss that has followed. I want to pay tribute to the many people who did extraordinary things to save lives – whether it was through rescue efforts or the ongoing response by health professionals across the country. To the recovery team who made it their mission to bring loved ones back from the island, right through to the council, emergency management team who have supported the local community all the way through. To Ngāti Awa, for the outpouring of manaakitanga and support to all that have needed a safe haven during this time. Those who have been lost are now forever linked to New Zealand, and we will hold them close. (Image: a photo I took while travelling out to Whakatane with our defence team. A beautiful outlook on a very sad day.)