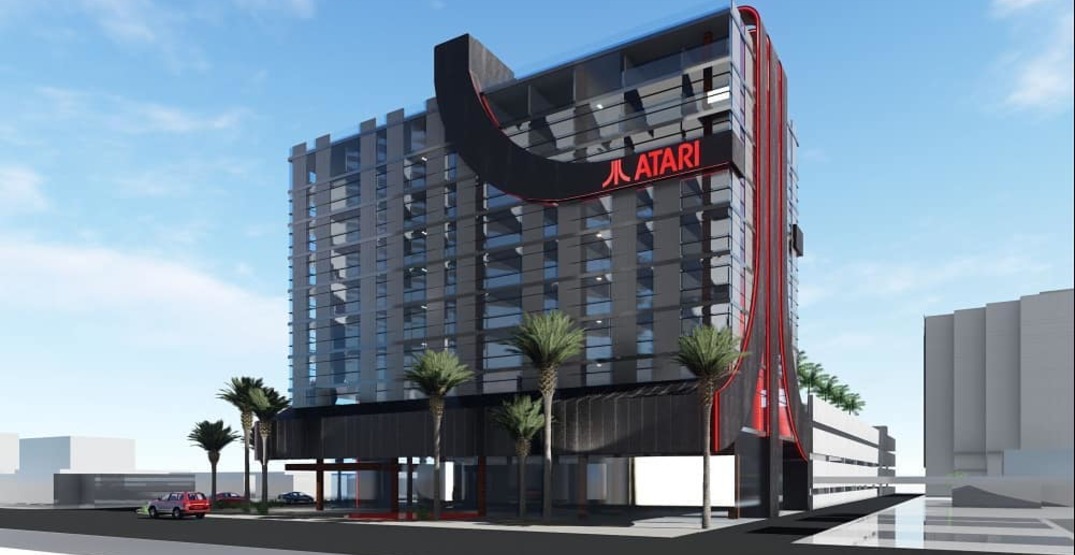 Gamers get ready to gasp.

Atari, one of the biggest names in the gaming industry, is broadening its horizons and exploring a brand new venture: a specialized hotel experience combining a passion for video games with extreme levels of comfort.

“Atari Hotels level up hotel entertainment with fully immersive experiences for every age and gaming ability, including the latest in Virtual and Augmented Reality,” the company reveals on its website.

The first Atari hotel is set to break ground spring 2020 in Phoenix, Arizona and will be followed shortly after in Austin, Chicago, Denver, Las Vegas, San Francisco, San Jose, and Seattle.

The hotels are being created in association with the producer of the Teenage Mutant Ninja Turtles film franchise, Napoleon Smith III, and Shelly Murphy’s GSD Group.

“We are thrilled to partner with GSD Group and True North Studio to build the first-ever Atari branded hotels across the United States. Together we’ll build a space that will be much more than just a place to stay,” Fred Chesnais, CEO of Atari, said in a press release.

“When creating this brand-new hotel concept, we knew that Atari would be the perfect way to give guests the ‘nostalgic and retro meets modern’ look and feel we were going for,” Smith said in a statement. “Let’s face it, how cool will it be to stay inside an Atari?!”

One notable trend in gaming is users remaining loyal to particular brands and titles.

“Atari Hotels will be the first of their kind in the US, offering gamers of all ages the ultimate in immersive entertainment and in every aspect of gaming. We’re excited to be working on this project with such great partners and to bring a big win to Arizona,” Shelly Murphy said.