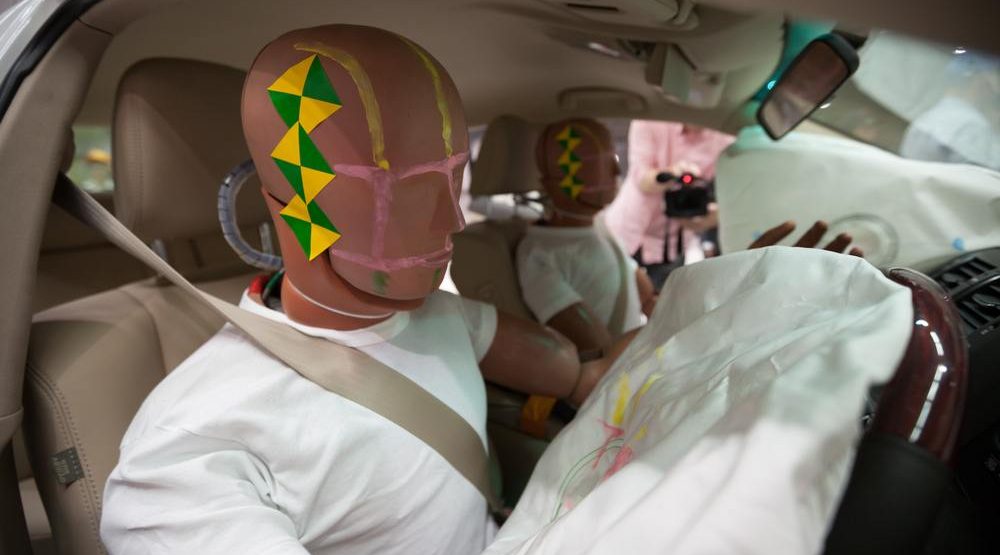 A new study conducted by the University of British Columbia suggests that the law’s metric for cannabis impairment behind the wheel might be excessive.

Currently, federal regulations around driving high pin impairment for anyone who tests with between 2 nanograms (ng) and 5 ng of THC per millilitre (ml) of blood. Once the level is over 5 ng, the offence is considered more serious. A first offence alone can result in a $1,000 fine (and only go up from there).

However, according to the UBC report, Cannabis use as a risk factor for causing motor vehicle crashes: a prospective study, THC levels of less than five ng/ml in the blood does not lead to an increased risk of causing car crashes in most drivers.

“At blood levels of less than five ng/ml, THC does not appear to be associated with an increased risk of crashing,” said Dr. Jeffrey Brubacher, associate professor in the department of emergency medicine at UBC and principal investigator on a five-year study investigating the role of cannabis in vehicle crashes, in a press release. “That’s significant because the new impaired driving laws do include penalties for drivers with THC levels between two and five nanograms/ml, suggesting that the laws may be too strict.”

The study also notes that recent simulator testing found that THC levels of 8.2 ng/mL resulted in similar impairment to alcohol.

The UBC researchers analyzed blood samples — stating that blood is a better metric than saliva or urine — from 3,005 drivers who were treated at seven trauma centres in BC between 2010 and 2016. Accident reports were available for 2,318 of those drivers and 1,178 included in the final analysis were deemed responsible for the crashes, according to the release.

Time was a large factor when it comes to measuring THC in the blood. It can be hard to accurately gauge, as within 15 minutes of smoking cannabis, whole blood THC levels typically peak at upwards of 100 ng/mL. THC levels then drop rapidly to two nanograms/mL or less within four hours after smoking; though, since THC also stores itself in fat, the study says regular users — like professional cannabis writers — may have close to 2 ng/mL in their blood well after noticeable effects have passed. For this reason, the amount of time after the crashes that the subjects’ blood was drawn mattered significantly.

Ultimately, researchers determined that in an “observational study of non-fatally injured drivers, we found no increase in crash risk, after adjustment for age, sex, and use of other impairing substances, in drivers with THC<5ng/mL.

“For drivers with THC≥5ng/mL there may be an increased risk of crash responsibility, but this result was statistically non-significant and further study is required.”

The study goes on to say that only 20 of the 1,825 samples they tested had THC levels greater than 5 ng/mL.

Researchers also managed to find a litany of other impairing substances in the test subjects blood. Interestingly enough, and to the surprise of no one, alcohol was determined to have the largest impact in increasing crash risk.

“The biggest problem remains alcohol,” said Brubacher. “Drug-impaired driving is probably a problem, but let’s not lose sight of alcohol.”

Overall, it is still illegal to drive with over 2 ng of THC flowing through your veins, and drivers need to be careful, impaired or not, about keeping safe on the roads. Laws around cannabis and driving may change in the future, but until then, just be thankful you’re not a pilot — who has to wait 28 days after using to fly.