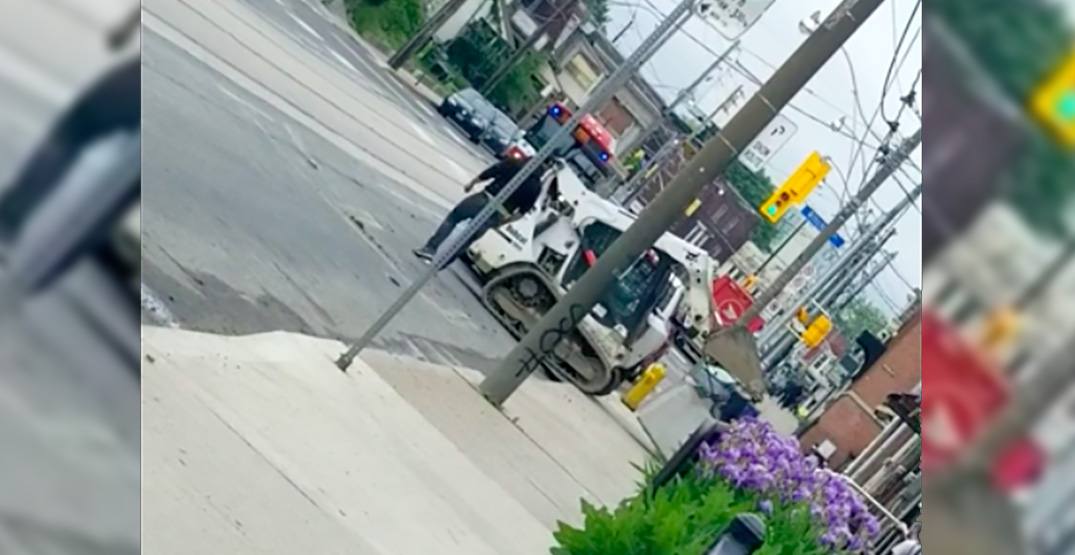 The City of Toronto’s newest approach to dealing with its remaining unlicensed dispensaries is starting to look like a very serious game of Tetris.

After the city struggled to close the remaining few legacy market (read: unlicensed) storefronts, sightings came in that suggested Toronto had resorted to stacking large cement bricks in front of the entrances of several locations.

Since then, on Monday, June 10, a video was posted to Reddit that shows three men using a backhoe to remove the bricks, allegedly to access one of the properties.

The video, posted by user deathknight5000, is captioned with a short explanation to accompany the scene they claim took place at Dundas and Ritchie.

“Weed shack was blocked off a few weeks ago by the city. Owners decided to take things back into their own hands,” wrote the original poster. “Unlicensed weed operation that has been going on for a long long time. So I guess they are going back to retrieve their merchandise. Dundas and Ritchie. Three stones in the front and back.”

Weed shack was blocked off a few weeks ago by the city. Owners decided to take things back into their own hands. Unlicensed weed operation that has been going on for a long long time. So i guess they are going back to retrieve their merchandise. Dundas and Ritchie. 3 Stones in the front and back. from r/toronto

In the video, part of the Richie Street sign is visible. It is not confirmed who the individuals in the video are, nor is any cannabis shown being removed from the property. The poster did not return a request for comment. 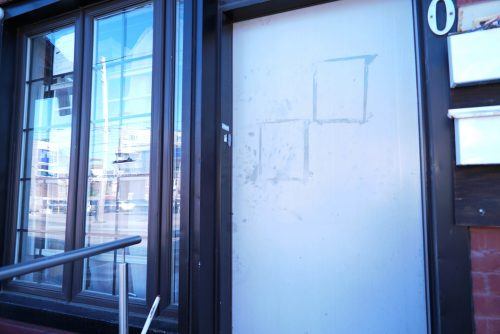 Grow attended the area on Tuesday morning, the day after the video was posted. The residential property at 2140 Dundas West has the door removed and replaced with what appears to be a metal sheet. The rear door of the same building appears to have been sealed with long metal strips, though they have since been cut. 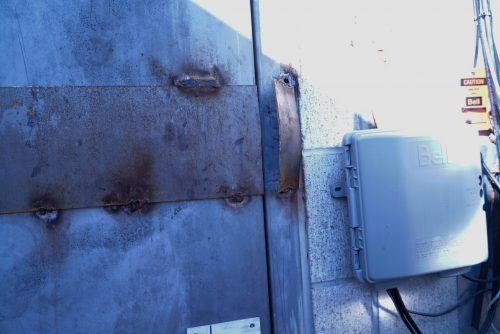 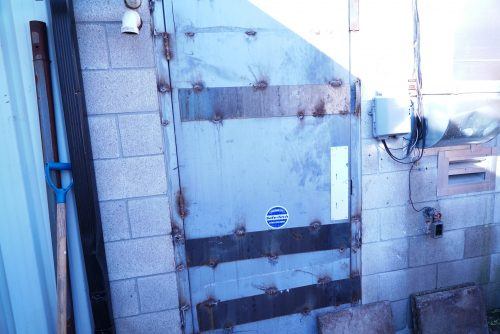 A man who lives near the building, but who did not wish to be identified, told Grow that there was previously a cannabis dispensary on the property, and while he says the city placed large cement blocks in the way of the door, he also says a private company removed them the day before.

He also said that he believed a young man lived in the building and he had “seen his bed” at one point while inside.

Two copies of the same city notice are posted inside the front window of the property charges what appears to be a BC company,  Moore Construction Maple Ridge LTD, with “contravention of section 13 of the Cannabis Control Act.” A call to the company confirmed that Moore Construction owns the building, though its representative was not prepared to comment at this time.

Section 13 of the act targets landlords, saying that “no person shall knowingly permit premises of which he or she is a landlord to be used” to sell cannabis without a government license. 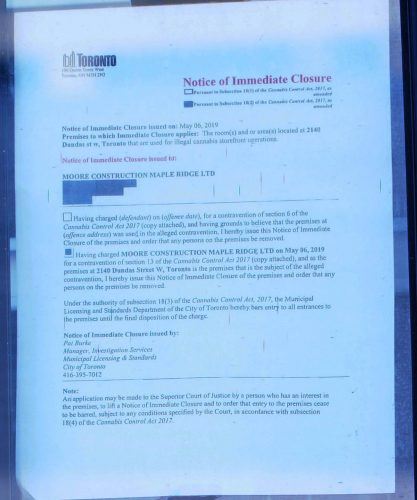 While the city lauded itself for closing down what it said was 90% of legacy market cannabis retail outlets, the remaining few have been particularly resilient when it comes to remaining open.

Grow has reached out to Toronto’s municipal Investigation Services for comment, but has not heard back by time of publication.