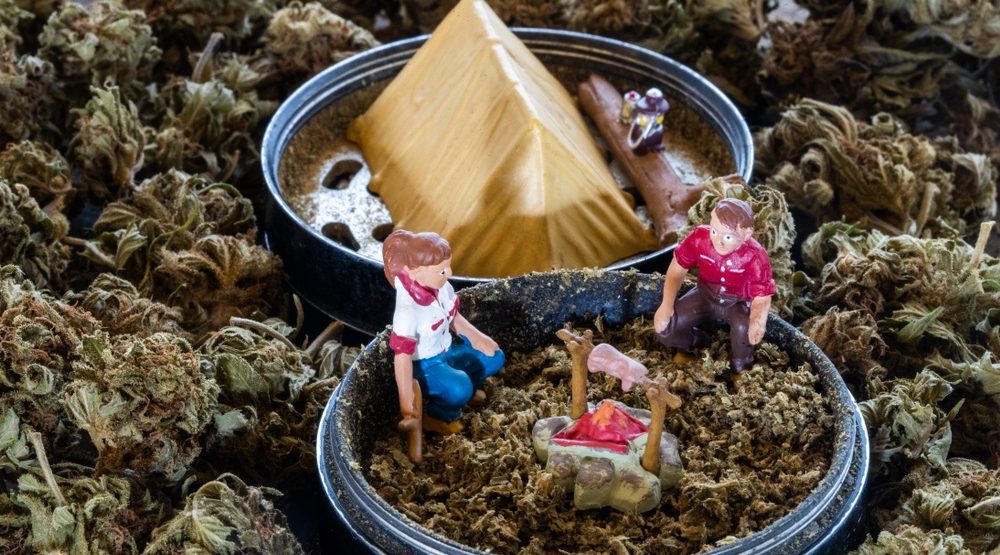 A small town outside of Ottawa is hoping to turn its foothold in the cannabis industry into some serious green.

Smith Falls, Ontario, a location that cemented its name in Canadian cannabis when a shuttered Hersey’s Chocolate factory was converted by Canopy Growth (then merely Tweed) into a cannabis grow facility.

The initial announcement in 2013 drew a lot of the puns typically traded by copywriters and fathers alike. Though it was a welcome addition to a town of just under 9,000 that reportedly lost over 1,200 jobs when the chocolate company left town.

Having now embraced its role as a canna-agricultural powerhouse, Smith Falls is looking to take it even further. On Monday, the town released their Cannabis Tourism Strategy for 2019 to 2020.

“In other parts of the world where legalization has been introduced, cannabis tourism has injected hundreds of millions of dollars in direct and indirect revenue,” reads the document.
“In 2016, the state of Colorado attracted 6.5 million cannabis tourists. This is the market that Smiths Falls has the potential to access.”

More than just simply drawing a few tourists its way, Smith Falls has developed a plan they hope will make them the Canadian “Cannabis Capital.” To do this, the strategy recommends playing on the narrative of the town’s struggle after the closing of the Hersey Chocolate factory, and their subsequent rebirth thanks to Tweed, while also turning the page to become a new destination.

Overall, Smith Falls is looking to capitalize on the success of wine tourism as its model. The report uses BC, Quebec, Ontario, and Nova Scotia’s revitalized wine producers as a case study, as well as Colorado’s alleged success as a new pot destination. Successful wine industries are meant to be used as a model for both “marketing and strategic planning,” ultimately to “establish Smiths Falls as the Cannabis Capital.”

“In other parts of the world where legalization has been introduced, cannabis tourism has injected hundreds of millions of dollars in direct and indirect revenue,” said Shawn Pankow, mayor of Smiths Falls, in a press release. “We believe Smiths Falls is the first community in Canada to develop a Cannabis Tourism Strategy. This is an important step in solidifying our role as a leader.”

Municipalities like metrics though, and Smith Falls is no different. The strategy identifies 10 metrics that can be used to track the growth of their cannabis tourism industry, including restaurants offering cannabis-infused options, cannabis spas, cannabis vapour establishments, Cannabis retail locations, glass and accessory shops, and more.

What a fully implemented cannabis tourism strategy may look like exactly is unknown at this time, however, the municipality is already looking to increase where to put future green travellers up for the night.

“Smiths Falls needs many more cannabis friendly hotels and establishments,” the strategy reads “Even the lowest estimates anticipate more than 150,000 new visitors every year. It could easily be many orders of magnitude larger than anticipated.”