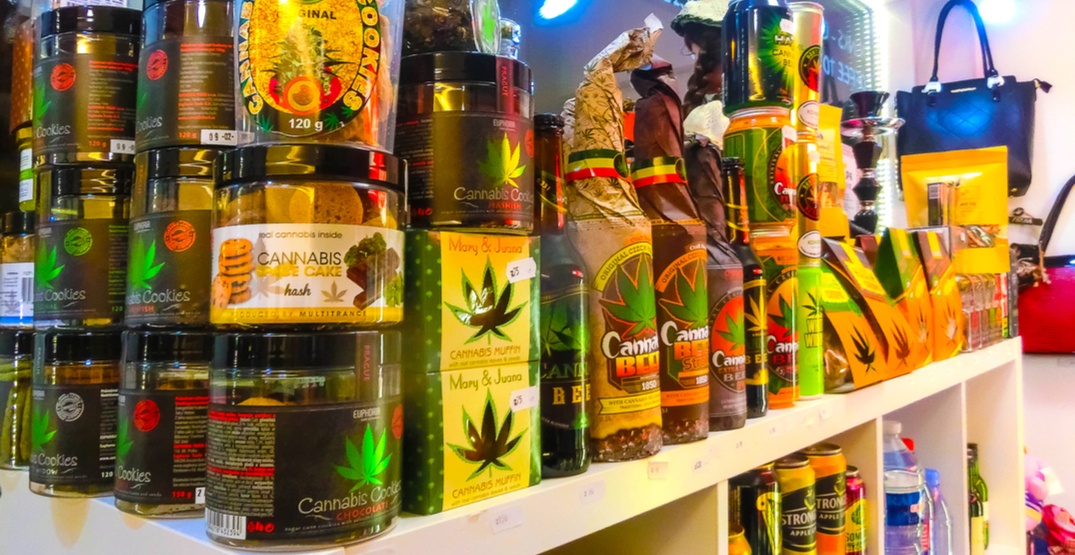 Since recreational cannabis legalization began to take form the Quebec has been taking steps to institute one of the most stringent regimes of regulation in Canada, a position that, regardless of who forms government, is the norm for La Belle Province.

In its latest move, the sitting provincial government, Coalition Avenir Québec (CAQ), has proposed regulations that would heavily restrict the type and dosage allowed in infused foods and beverages when they become legal in October.

The province’s health authority, Institut national de santé publique du Québec, released a list of recommendations along with drafted regulations at the end of August indicating the direction the CAQ is choosing to take when it comes to cannabis edibles.

In short, they don’t appear to be fans.

The document argues in French that an larger diversity of products will increase the likelihood of drawing in new customers, noting this strategy has worked for both tobacco and alcohol industries.

“More and more research is linking psychoactive effects, including frequency and severity of psychotic episodes, with the use of products with a high THC content,” reads the brief.

The provincial health authority is asking that the only allowable sales are of edible products, including beverages, that are distinctly recognizable by the characteristic taste of cannabis — something that’s not always pleasant.

It has also asked for there to be a prohibition on the sale of any cannabis drink that is sweet or has the appearance of popular consumer beverages similar to soft drinks or fruit juice, and the appointment of a third party to guarantee that product packaging remains unattractive to minors. More so, cannabis beverages will only be allowed to have a 5 mg dose of THC, coming well under the 10 mg cap proposed by Health Canada.

The stated goal is to protect minors, but members of the industry are saying it could result in exactly the opposite. While 10 mg of cannabis is a dose that can make someone feel very uncomfortable, there’s almost no medical risk, meanwhile, cannabis edibles from the unregulated, black market are available in the 100s of milligrams.

“I think that as an industry, as a general rule, we need to be careful when we make statements like, ‘this decision is going to enable the black market,'” said Lincoln Johnson, CTO of EnCann Solutions during an interview. “It’s the knee jerk response to every decision made by the regulators.”

In Quebec’s case though, he argues that is exactly the case. Saying he believes the dosage cap is more about politics than sensible policy.

“From the beginning, I’ve very much felt that Quebec approach to it was extremely shortsighted and also not too surprising,” Johnson said. “Moral outrage tends to be a popular thing in Canada in general, especially in Quebec. This is something for people to clutch their pearls over, so I’m not too surprised at it. I just think it’s frankly bad policy.”

Quebec’s government has taken a hardline since recreational legalization took effect in Canada, however, the CAQ is not the first party to adopt this position.

In 2014, Canada adopted the Marijuana for Medical Purposes Regulations (MMPR), a system of checks that intended to give patients with conditions their doctors felt could benefit from cannabis use access to the country’s medical cannabis supply. Instead of direct compliance, the province instituted the Quebec Cannabis Registry, a system that would allow physicians access to cannabis as long as it was for registered research purposes.

“The use of cannabis (marijuana) for medical purposes can only be authorized by a physician as part of a research project,” reads a section of the registry’s website.

According to Francois Limoges, co-founder of ROSE LifeScience, a Huntingdon, Quebec-based cannabis company currently constructing a grow facility in the region, this effectively prohibited doctors from prescribing to patients.

“Quebec came out and said that they were not going to support it and that if any doctors wanted to prescribe it had to be and only to be for approved research,” he explained to Grow during an interview. “If I want to have this prescribed to me, I needed to find a doctor who was approved to do research by the Quebec colleges division, then I would be prescribed but only to be part of their database for the research which made it very complicated.”

He used the example of his mother, a medical patient herself, who opted to use black market sources rather than a lawful system that seemed uninterested allowing patients access to cannabis.

As a business owner, he now has to navigate the constantly evolving framework of his home province.

“What we’re doing is trying to figure out what we can do with Quebec not following the same rules as the rest of Canada, not only on edibles, but also on promotional and communication,” said Limoges. “Playing with all of this makes your head hurt sometimes. You’re working on something and it works and all the provinces but one or you’re doing something here in Quebec and you just realize, ‘oh shit, that’s not gonna work in the rest of Canada.'”

CAQ did not respond to a request for comment by time of publication.