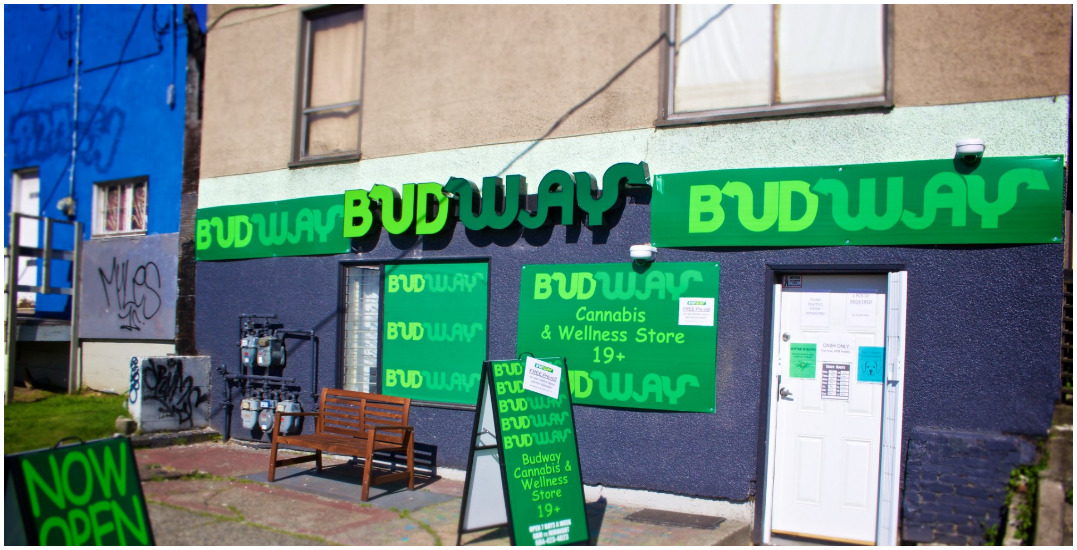 Budway, which calls itself a cannabis and wellness store and is located at 1024A Clark Drive in Vancouver, has lost big against fast-food giant Subway in a Federal Court ruling.

The pot shop was using Subway as the primary influence for its branding.

If you’ve ever driven by this dispensary, the Subway inspiration is immediately noticeable.

The Budway logo is based on a more recent iteration of the Subway logo, with minor alterations.

Prior to the court case, Subway’s attorney had reached out to Budway on several occasions, but never got a response.

According to the Federal Court ruling, the pot shop must stop “selling, distributing, advertising, or otherwise dealing in goods or services in association with the trademark or trade name BUDWAY.”

The court ruling also referred to the dispensary mascot, which they use on their Instagram page, “in the form of a submarine sandwich filled with cannabis leaves, with what are apparently bloodshot and half-opened eyes. This mascot appears in the video clip, smoking what is presumably a joint, with the legend ‘It’s the way, bud’ appearing below it.”

The ruling also suggests that the dispensary doesn’t actually have a provincial licence to operate legally. They also allude to the fact that the dispensary has a “somewhat downmarket exterior appearance,” which negatively impacts the Subway brand by association.

Another tidbit the ruling mentions is that the type of goods that the dispensary carries directly contrasts with and damages the “healthy and active lifestyle” image that Subway promotes.

Daily Hive has reached out to Budway for comment.