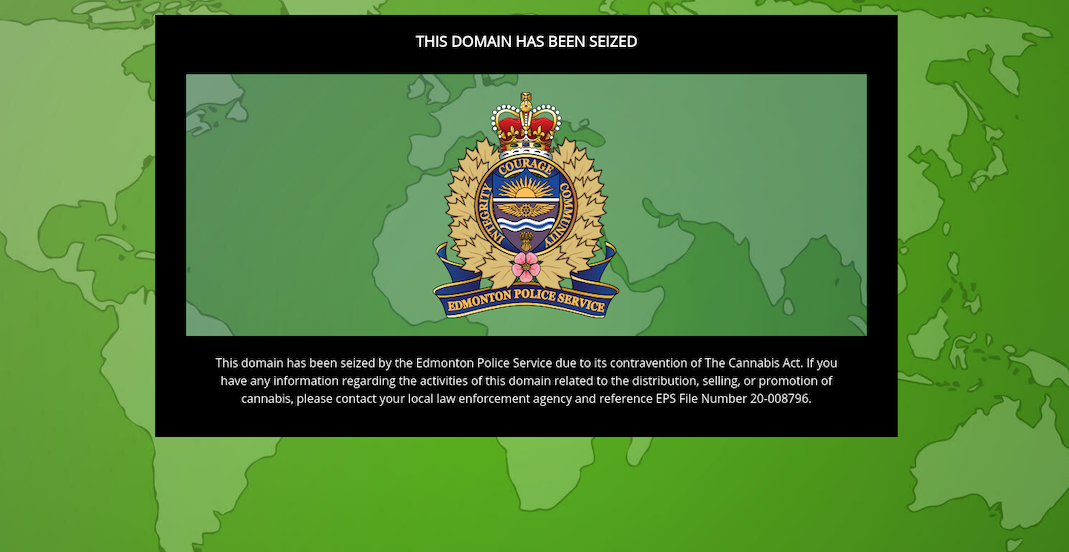 According to EPS, over the course of the last year, EPS “began seizing illicit cannabis shipments coming into the city. Many of these shipments were traced back to websites that were illegally selling, distributing or promoting recreational cannabis products in contravention of the federal Cannabis Act,” said a release.

Police say that the websites selling online would mislead the public and feature statements that claimed they were operating legally, when they were not.

“These illegal websites would often feature misleading statements that suggested to would-be buyers that the site is legal,” says Cst. Dexx Williams, EPS Cannabis Compliance Officer in a release.

“We have also seen instances of youth who were in possession of cannabis that was identified as being from some of these illicit sites.”

In Alberta, the AGLC website albertacannabis.org is currently the only legal online retailer of recreational cannabis in Alberta.

“Williams warns that under the provincial Gaming, Liquor and Cannabis Act, a business convicted of selling cannabis without a licence may be subject to a fine of up to $50,000, and individuals involved in the sale of illegal cannabis may face a fine of up to $10,000 and/or imprisonment up to six months,” said the release.