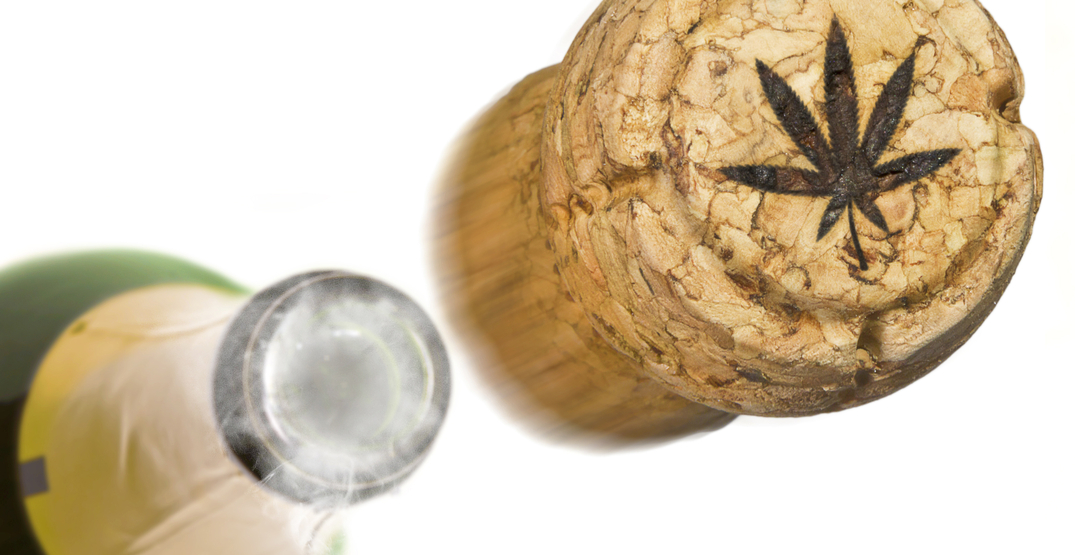 Champagne and weed (Per Bengtsson/Shutterstock)

Last month, Twitter was abuzz about the Ontario Cannabis Store logo reveal, mocking the overall lack of creativity and artistry in their branding.

Sure, the Ontario Cannabis Store logo LOOKS boring. But have you ever tried syncing it to ‘Dark Side of the Moon’? pic.twitter.com/k8loYZ5b7Z

After the overwhelming success of their incredibly creative $650,000 Ontario Cannabis Store logo design, the Wynne government has expanded into the party banner business. pic.twitter.com/xPS7KF8Pma

The BC LDB said “the name and brand align with the BC Liquor Stores brand,” and upgraded it slightly with a fancy underline.

The Twittersphere is catching on, and will no doubt weigh in on the design in the upcoming days.

Who wore it better? pic.twitter.com/tw3c9mnLxk

If the designer didn’t use MS Word, they paid too much