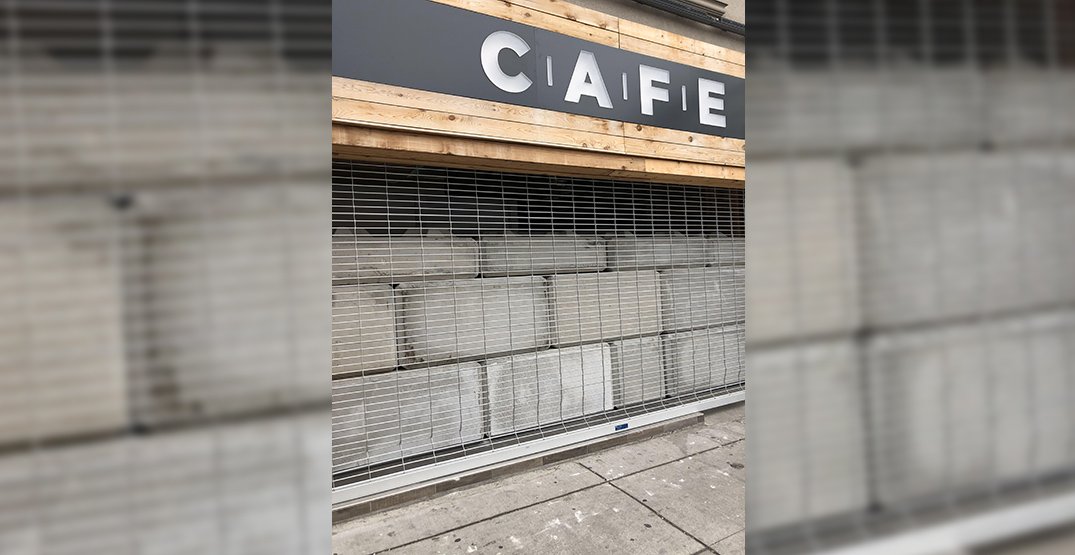 The city has been engaged in an ongoing battle to shut down Toronto’s remaining unlicensed cannabis dispensaries.

One of the more resilient retail brands, CAFE, continues to defy Toronto’s attempts to close their four locations.

Reports came in at the end of last week that several of the store’s locations had been blocked off using large cement blocks that were placed in front of the entrance. The city has tried this same method in shutting down another dispensary, though someone moved them.

According to a release, on Sunday, July 21, 2019, police responded to a complaint to 66 Fork York Blvd, an address listed on the CAFE website as belonging to the chain.

“Officers observed two women and two men engaging in the illegal sale of cannabis on the sidewalk outside of the address,” the police wrote.

During this time, law enforcement says that Toronto residents Stephanie Cordice (30), Kristina Grigoryan (26), Zachary Keating (31), and Christopher Case (28) were arrested and charged with “Unlawful Sale” under the Cannabis Control Act.

Police also reported that a quantity of marijuana, iPads, customer information, and point of sale machines were also seized after the arrests.

Video, alleged to be from the incident, was posted to Twitter by lawyer, Selwyn Pieters. It shows police confiscating what appears to be several point-of-sale machines and tablets from an individual who claims that it is his personal property.

@TPSOperations @TorontoPolice your officers are actually forcibly seizing the iPad and other gears from persons on the street and issuing no property receipts. It’s dishonest to say people fled leaving the property behind @CP24 @CTVToronto @CityNews @cristina_CP24 @Travisdhanraj pic.twitter.com/VZW5V3Fh1s

On the same day, Toronto Police also report responding to a second address at 104 Harbord Street, another shutdown location of the CAFE brand.

“Officers observed one woman and three men engaging in the illegal sale cannabis on the sidewalk outside of the address,” police said in the release.

The four suspects were taken into custody and charged with Unlawful Sale.

Another man, Yehia Youssef (22), was arrested at the 66 Fort York location on Saturday for similar offences as the others. Police report charging him with Unlawful Sale and Unlawful Distribution.

It is not clear if he is connected to the other suspects.

Grow has reached out to CAFE and their legal representation but did not hear back by time of publication.