Smoking weed for a living may sound like an actual pipe-dream, but one company has made it a reality for a group of Canadians.

Ahlot, a company that curates selections of cannabis from a variety of Canada’s licensed cannabis producers, has chosen eight “cannabis connoisseurs” to evaluate different strains of cannabis for their variety packs.

Sounds like a fun job, right? Well, you’re not alone. In total, the company reports receiving over 25,000 applications to fill what was originally five positions.

“It took us a little bit by surprise, we thought we’d get maybe a thousand applications,” Ahlot’s Chief Creative Officer Martin Strazovec told Grow. “Nearly 25,000 was a surprise.”

The company settled on eight candidates after a long elimination process of video calls and creative job applications. Ultimately, they wanted a selection that was diverse as Canada, and drawn from regions across the country.

Among the selection was a seasoned cannabis grower from Quebec, an actor, dancer, singer and model from Guelph, a publisher and advocate from Edmonton, and more.

One of the chosen few is commercial artist and cartoonist Derek Evernden from Milo, Alberta. Professionally he makes a living as an illustrator and designer, even recently releasing a book of his one-panel cartoon strip Bogart Creek. 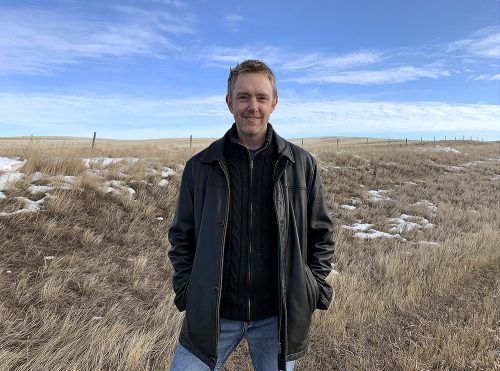 Being “smack dab in the middle of the Prairies” seems to be exactly where Evernden prefers to be.

“All I need to do my job is a good internet connection,” he told Grow over the phone.

It’s his new gig, however, that seems to be grabbing the most attention. The original job posting for members of the “Cannabis Curation Committee” said that the typical time commitment for the job will be “between one and four hours per week.”

As compensation, Derek, and his distant companions, will be entitled to “$50 per hour, to a maximum of 16 hours per month, in addition to an expense account of $200 per month.”

A longtime user of cannabis, he’s looking forward to helping overcome what he feels is a long-standing stigma against the drug.

“I’ve been a conscious consumer for over 20 years,” he said. “The way it helps in the creative process and life in general. I can’t speak for everyone but for me, it helps with anxiety. It helps with inspiration, depending on the strain helps with energy helps with taking a vacation from daily worries, helps you enjoy a song or going for a run.”

“I’m looking forward to elevating the position of cannabis in our society, removing some of the stigma that’s been around for years now that it’s legal and been a benefit to many people’s lives and contributing to that.”

The group officially began their new roles on Monday, April 1. At the time of interview, Derek had yet to tuck into the selection sent to him by Ahlot.

According to the company, each strain is evaluated using a standardized rating system developed by Ahlot, that would allow them to evaluate various data points, picking the best strain for different purposes.