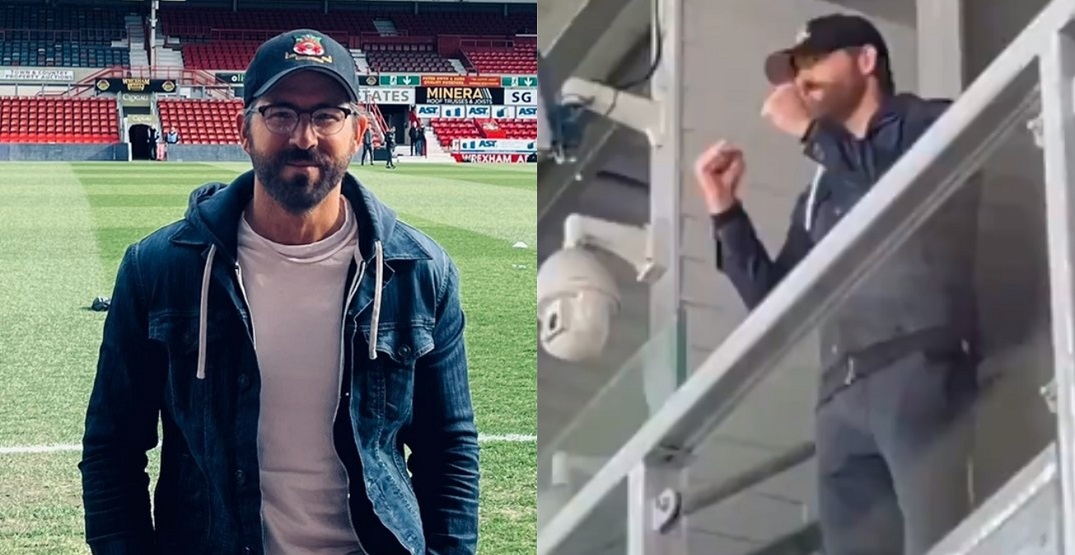 Ryan Reynolds just might be a good luck charm for his favourite soccer team.

On Saturday, Reynolds pulled up to an FA Trophy semifinal match for AFC Wrexham, who he co-owns with actor fellow actor Rob McElhenney.

Wrexham, based in Wales, currently competes in the National League, the fifth tier of the English league system.

Saturday’s match was a big one, with the winner securing a spot in the premier cup trophy designated for the fifth-eighth tier teams in the English pyramid.

With Reynolds making a surprise appearance at the ground, local fans were quick to serenade the Vancouver-born actor.

"There's only one Ryan Reynolds!" 👀🎶pic.twitter.com/BD72AgwOIo

In a pre-match photo, Reynolds said he was dealing with “angst” ahead of the nervy contest.

The game itself was an instant classic.

Wrexham’s Paul Mullin scored twice in added time to send his team to the FA Trophy Final in May at England’s iconic Wembley Stadium.

Seeing this in person was a top ten life moment for me. Thank you, @Wrexham_AFC https://t.co/IlIPDwos5V

The FA Trophy final is set for May 22. No word yet if Reynolds will be making another trip across the pond to visit his team on their quest for a trophy under his ownership.