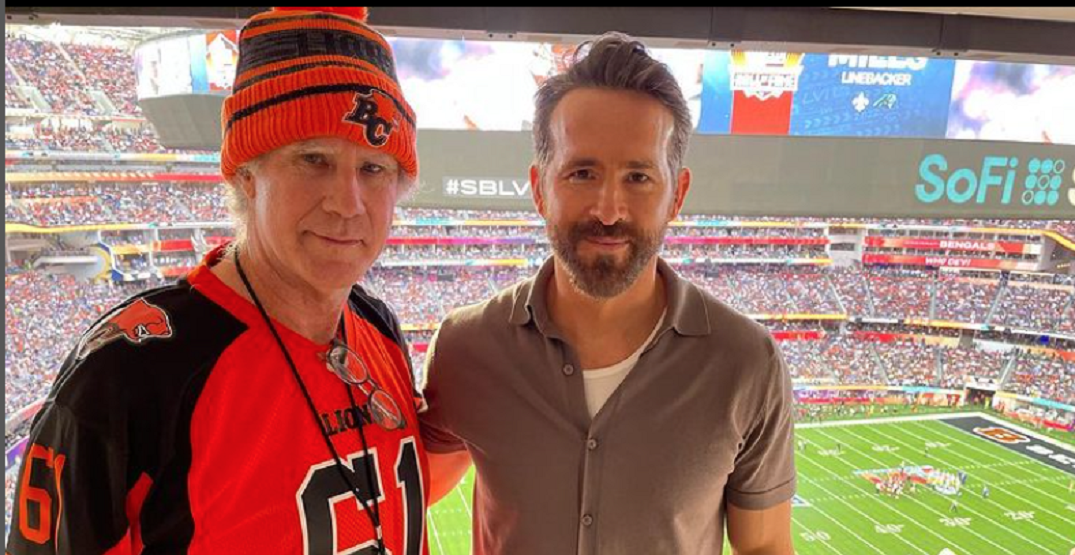 You probably didn’t have “Will Ferrell wears BC Lions gear” on your Super Bowl prop bets list.

“Will keeps asking me why there’s a fourth down,” Reynolds joked about the differences between the two leagues in the caption.

If we’re going based off colours and animal themes, Ferrell was likely picking the Cincinnati Bengals to top the Los Angeles Rams in this one.

The Lions even invited the pair out to come catch a game this summer.

It’s not the first time that Ferrell has shown Canadian sports some love. While on a press tour for the The Campaign, Ferrell and co-star Zach Galifianakis drove around downtown Toronto on a Zamboni. A year later, Ferrell pulled up in Winnipeg to the Canadian Olympic Curling Trials while dressed up as Ron Burgundy prior to the release of Anchorman 2: The Legend Continues.

Ferrell (and his outfit) wasn’t the only CFL connection at the championship game, though.

Former Calgary Stampeder Dwayne “The Rock” Johnson gave an impassioned pregame speech, while ex-Toronto Argonauts and Montreal Alouettes player Jarrett Payton was on field for a ceremony honouring his late father Walter Payton, the namesake for the NFL’s Man of The Year award.

Meanwhile, former CFL draft picks in defensive lineman Michael Hoecht and offensive lineman Alaric Jackson actually suited up in the game for the Rams, though neither actually played in the CFL.