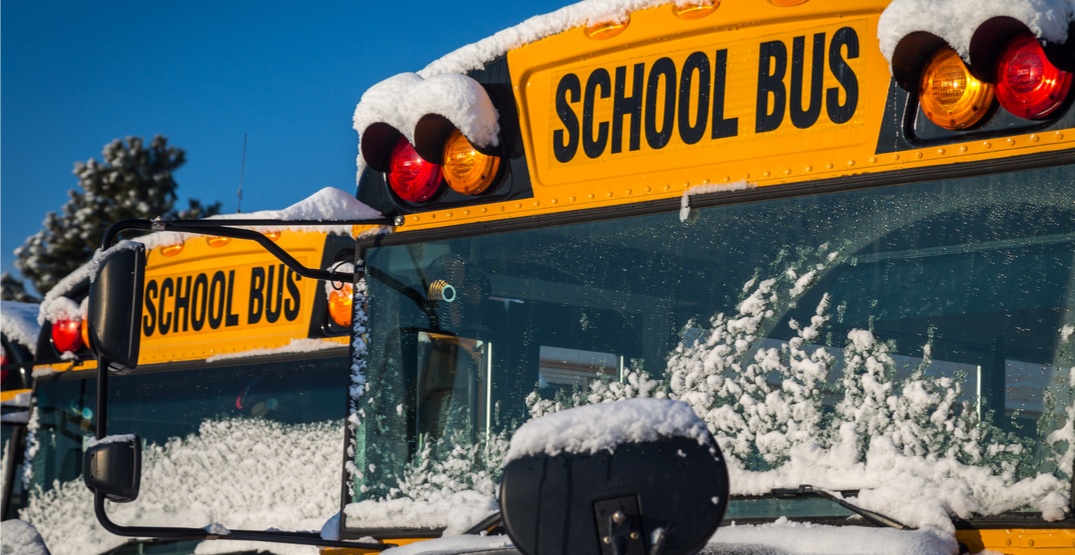 A collision in Smoky Lake, Alberta, involving a school bus and a crane has left one student in critical, life-threatening condition.

Shortly before 8:30 am this morning, a school bus contracted by Aspen View Public Schools was involved in a motor vehicle collision at the intersection of Highway 28 and Range Road 180, near  Smoky Lake, Alberta.

The bus involved in the accident was transporting students to H.A. Kostash School, which is a school for students Kindergarten to Grade 12 located in Smoky Lake.

A school spokesperson with Aspen View Public Schools says that 15 students were aboard the bus at the time of the collision, plus the bus driver.

According to Alberta Health Services, “one pediatric patient was flown to Edmonton by STARS air ambulance in critical, life-threatening condition,” while Alberta RCMP say another youth was taken via EMS with serious non-life-threatening injuries.

Police say “the remaining students and bus driver were taken to hospital for further assessment with various injuries and observation by a separate bus that attended the scene.”

Families of all students involved in the collision have been notified, and Smoky Lake RCMP along with a RCMP Collision Analyst remain on scene as the investigation continues.

The driver of the crane was taken to hospital with minor injuries and a passenger was not injured.

Smoky Lake is about an hour and a half drive outside of Edmonton.