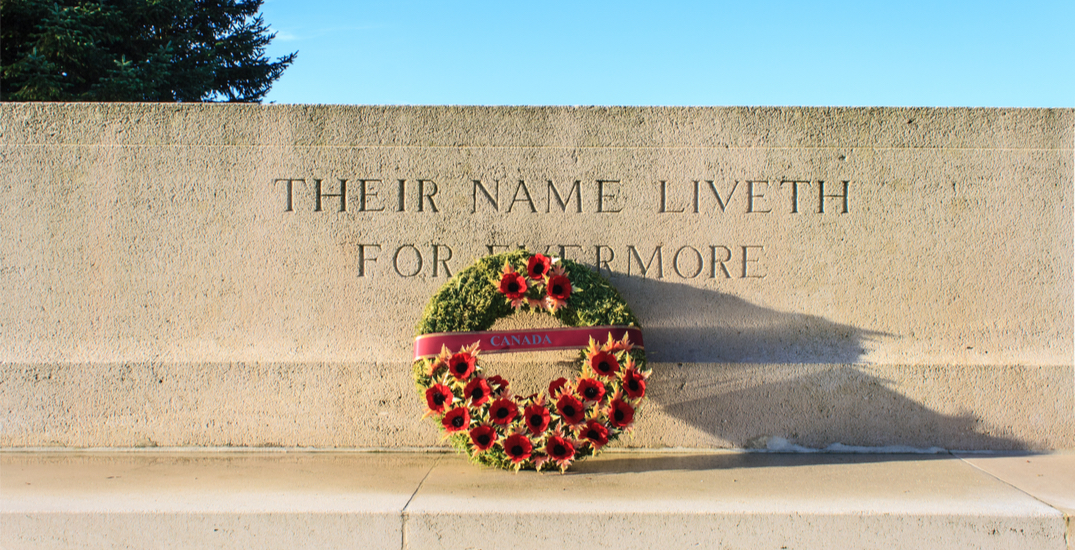 Remembrance Day ceremonies in Edmonton will look different once again this year because of the coronavirus pandemic. However, there are still ways for residents to honour those who lost their lives.

Two of the most significant Remembrance Day events in Edmonton, ceremonies at the University of Alberta Butterdome in Edmonton and the Jubilee Auditorium in Calgary, have been cancelled.

Most Remembrance Day events will be held virtually. We have rounded up where to watch them in and around Edmonton.

There will be no formal ceremony at the City Hall Cenotaph this year, according to the City of Edmonton; however, a short ceremony will take place outside at the Cenotaph on the City Hall Plaza.

The ceremony on the City Hall Plaza will happen at 10:40 am, and guests in attendance are asked to adhere to all public health restrictions currently in place, including maintaining physical distance from those from other households.

All buses and LRTs in the city will also stop for one minute at 11 am as a tribute to all Canadian veterans.

There are also no ceremonies at Edmonton’s Municipal Cemeteries on Remembrance Day.

The Beverly Memorial Cenotaph will be broadcasting their ceremony on Facebook Live instead of hosting an in-person one this year.

Those interested in learning more about Edmonton’s military history could also plan a visit to the Loyal Edmonton Regiment Military Museum, which is open from 10 to 4 on weekdays.

The Jewish Federation of Edmonton is also hosting an outdoor in-person ceremony at the Edmonton Jewish Cemetery. The ceremony begins at 10 am.

Leduc will be hosting a virtual and an in-person ceremony at the Leduc Civic Centre at 10:30 am.