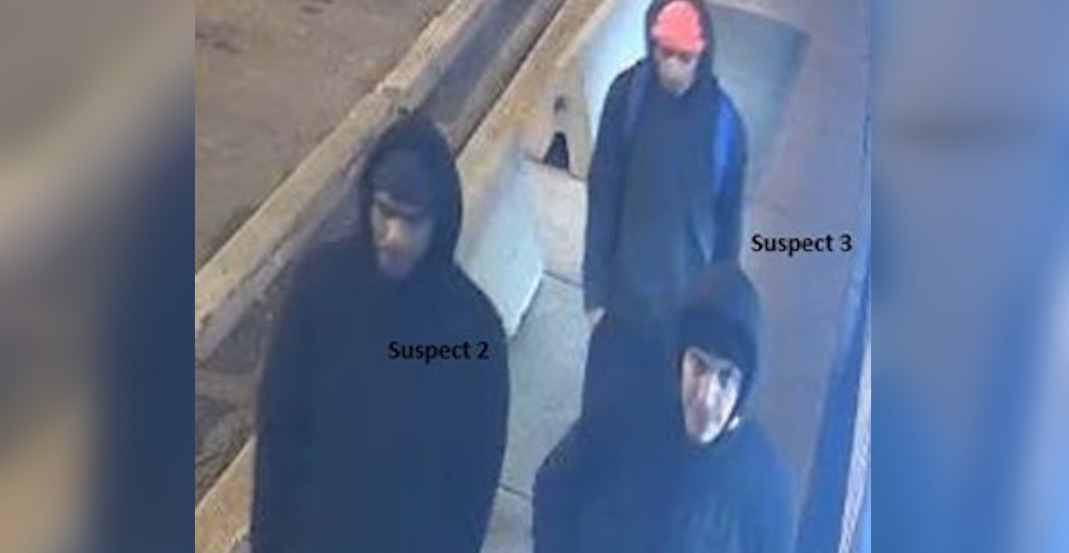 The Edmonton Police Service Robbery Section has released the images of three male suspects wanted in connection to a robbery that took place in southeast Edmonton earlier this month.

Surveillance images from the armed robbery show the suspects at Kabayan Filipino Store, located in a strip mall near 42 Avenue and 66 Street in Mill Woods.

According to a release, at approximately 7:50 pm on Tuesday, October 15, 2019, “three masked suspects entered the store and approached the front counter, before one of the suspects produced a handgun and demanded cash from the store clerk. The suspects fled the store with an undisclosed amount of cash.”

Investigators believe the suspects were in the strip mall area for approximately 40 minutes prior to committing the robbery at the Filipino grocery store.

According to police, the first suspect is believed to be a “male with dark skin, who was wearing an Adidas hoodie with the wording ‘Brothers Through Everything’ on the back [and] black Puma track pants with a blue stripe running down the leg.”

The other two suspects are described as “males with dark skin, approximately 5’8” and 150 lbs. Witnesses described the males as having an East Indian accent,” according to the release. 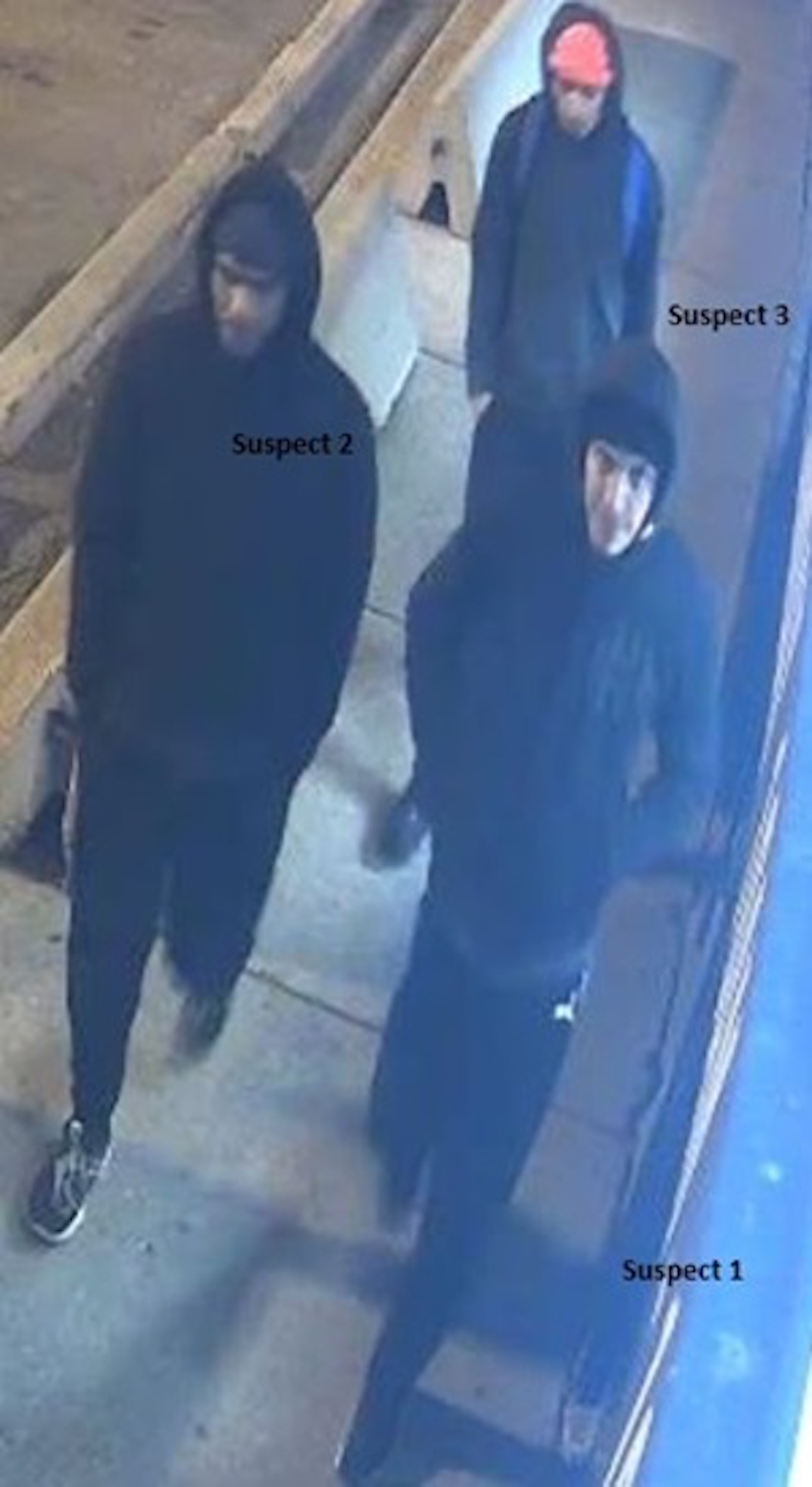 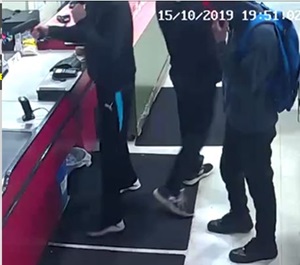 Anyone who may have information about these three robbery suspects is asked to call the Edmonton Police Service or Edmonton Crime Stoppers.