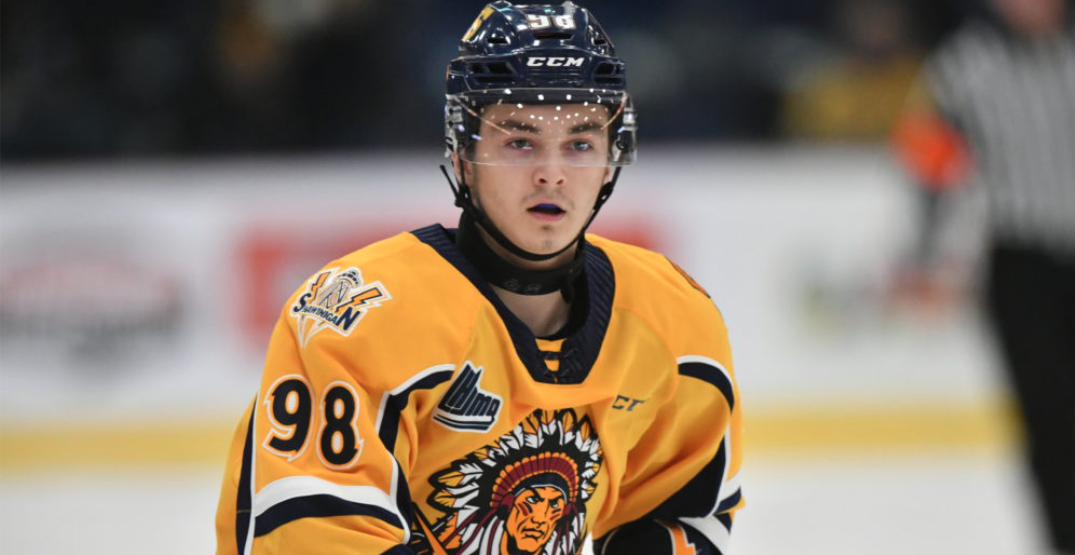 The Edmonton Oilers will have the shortest journey to travel to the World Juniors in order to scout one of the organization’s top prospects.

They’re already in the building.

Xavier Bourgault, selected in the first round (No. 24) of the 2021 NHL Draft by the Oilers, will represent Canada at the 2022 IIHF World Junior Championship as one of two prospects participating in the tournament from the organization.

Canada, a member of Group A in the tournament, will play out of Rogers Place in Edmonton, home of the Oilers.

Expect Bourgault to play a major role, too.

He’s been on the flank of Canada’s top line through camp and into exhibition action Thursday with Shane Wright, the projected No. 1 pick in the 2022 NHL Draft, and Winnipeg Jets prospect Cole Perfetti.

Bourgault was sixth in Quebec Major Junior Hockey League scoring when departing for Canada’s camp, with 42 points (22 goals, 20 assists) in 24 games this season, and leads the league with 13 power play goals.

He does have some experience in the past with Hockey Canada as well, at the World Under-17 Challenge three years ago.

The @EdmontonOilers look east to L'Islet, Que. (via Shawinigan) to take Xavier Bourgault with the 22nd overall selection.#NHLDraft | @HockeyQuebec pic.twitter.com/cNENc7na5r

The Oilers can catch a glimpse at another prospect in the tournament, too.

Luca Munzenberger, selected in the third round (No. 90) of the 2021 NHL Draft, is returning for a second year in the tournament with Germany, after helping his country finish a surprising sixth — ahead of Czechia and Slovakia.

Germany is playing in Group A with Canada in Edmonton.

Munzenberger, 19, has two points, both assists, in 15 games at the University of Vermont this season.

The defenceman should take on a leadership role as a former captain for Kölner Junghaie one season ago. It’ll be one of the elements Munzenberger contributes, along with his minute-munching, steady presence on the blue line.

In addition to Xavier Bourgault, you can add another #Oilers prospect to the #WorldJuniors mix as 2021 third-rounder Luca Munzenberger was named to Germany's roster!https://t.co/uImKbx6rOi