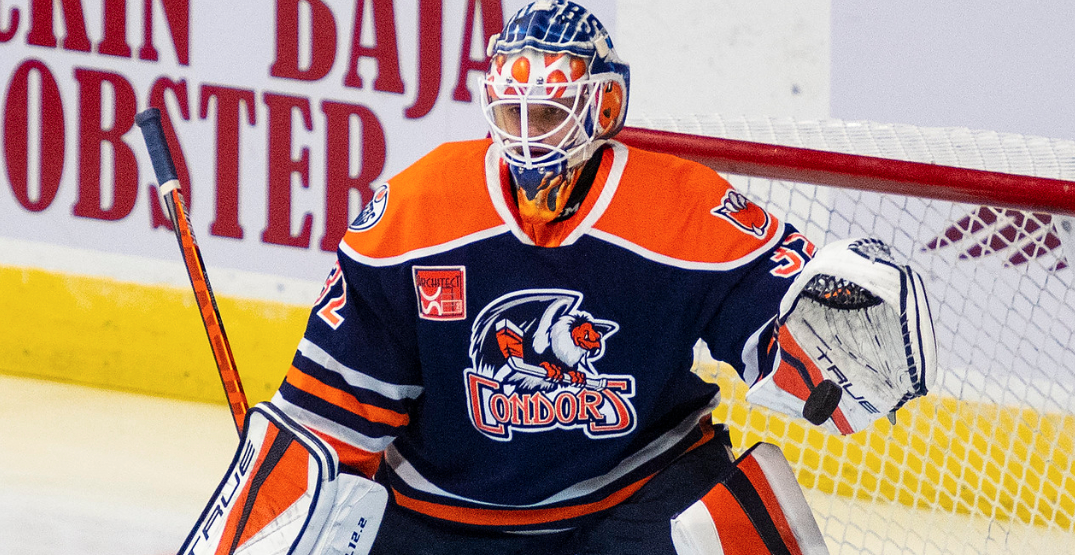 The Edmonton Oilers appear to be parting way with prospect goaltender Ilya Konovalov.

The Oilers placed Konovalov on unconditional waivers Wednesday with the expected purpose of terminating his contract.

Konovalov, 23, just finished the first season of a two-year, entry-level contract signed May 3, 2021. He had a 2.73 goals-against average and .893 save percentage in 17 games as a backup to Stuart Skinner with the Bakersfield Condors of the American Hockey League.

The #Oilers have placed goaltender Ilya Konovalov on unconditional waivers.

The 23-year-old is expected to return to Europe with the KHL’s Dynamo Moscow, the team’s general manager Alexi Sopin told championat.com last week. He had a record of 53-41-9 in 111 games over parts of four seasons with Lokomotiv Yaroslavl in the KHL from 2017-2021.

Konovalov was originally selected by the Oilers in the third round (No. 85) of the 2019 NHL Draft.