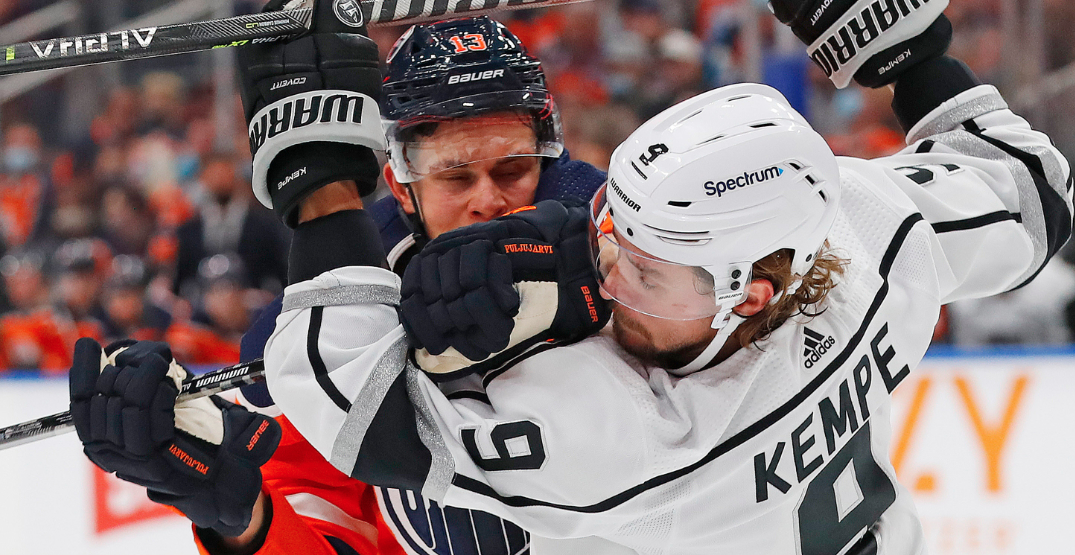 The Edmonton Oilers and Los Angeles Kings won’t have to wait long to get re-acquainted.

The Oilers and Kings will kick off the first-round series of the Stanley Cup Playoffs on Monday, according to a report from Jason Gregor of TSN 1260.

Confirmed…
Oilers-Kings series will start:
Mon, May 2nd in EDM
Wed, May 4th in EDM
Fri, May 6th in LA
Sun, May 8th in LA

Game 1 will begin on Monday, May 2, and Game 2 will be played on Wednesday, May 4, — both in Edmonton — before the series turns to Los Angeles for Game 3 on Friday, May 6, and Game 4 on Sunday, May 8. Times and broadcast info are to be determined.

The full Stanley Cup Playoffs schedule has yet to be released.

The Oilers have a home-ice advantage in the series after clinching second in the Pacific Division. The Oilers have a 47-27-6 record for 100 points with two games remaining in the regular season. Los Angeles is third in the division with 98 points by way of a 44-27-10 record with one game remaining.

The Oilers announced earlier Thursday that they would be opening up the ICE District for tailgating and viewing parties, as well as a “mega” 50/50 jackpot.