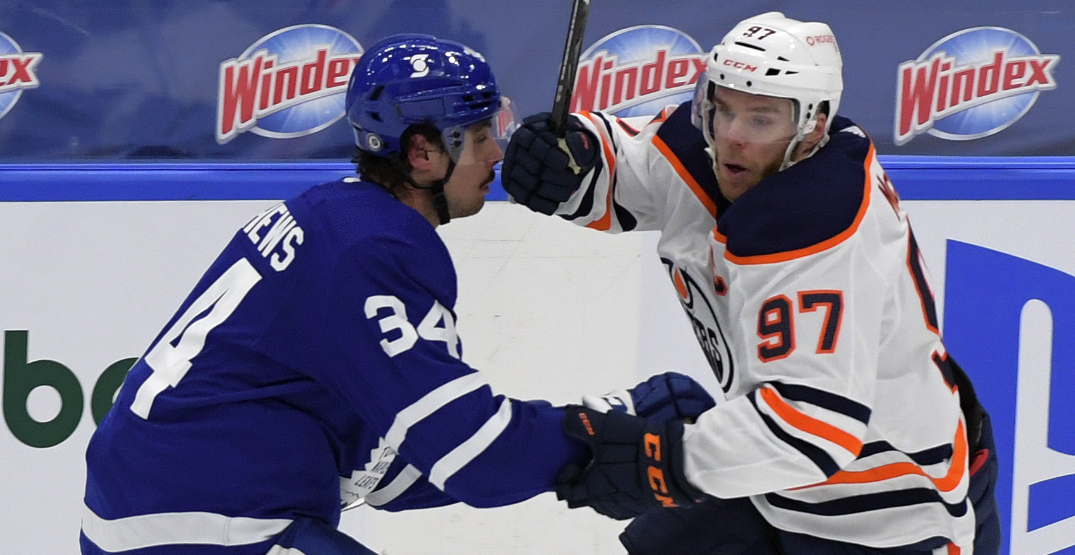 Connor McDavid is officially the underdog in the Hart Trophy battle.

McDavid, who currently paces the NHL with 118 points (43 goals, 75 assists) is not the betting favourite to bring home the Hart Memorial Trophy, given annually “to the player adjudged to be the most valuable to his team.”

At least, according to oddsmakers.

Matthews has 104 points this season, pacing the Maple Leafs and slotting fifth-best in the NHL. Mitch Marner is second on the club at 97 points (35 goals, 62 assists).

McDavid, who holds a three-point edge over Jonathan Huberdeau in the Art Trophy race, leads teammate Leon Draisaitl by 10 points for Edmonton’s lead in scoring. Draisaitl has 108 points in 78 games and is second in the NHL behind Matthews with 55 goals.

The Edmonton Oilers captain is already a two-time winner of the award, to go along with three Ted Lindsay Awards, three Art Ross Trophy wins, and is also a four-time NHL All-Star.

Huberdeau, who has outscored teammate Aleksander Barkov by 27 points this season, is featured at +800. He has the biggest gap in scoring between teammates among any player in the top eight in the league in scoring.

He said earlier this week that he’d vote for Matthews if given a Hart Trophy ballot.

Johnny Gaudreau of the Calgary Flames, who paces the NHL with 86 even-strength points (10 more than Matthews) and plus/minus with a +61 rating (the highest since Wayne Gretzky reached +69 in 1986-87) has the fourth-best odds at +1200.

New York Rangers goaltender Igor Shesterkin, who leads the NHL with a 2.03 goals-against average and .936 save percentage, is +4000.

McDavid entered the season as the favourite at +400, according to sportsbettingdime.com. Matthews was third at +700, and Huberdeau 19th at +3000.

The Hart Trophy is voted on annually by the Professional Hockey Writers Association.