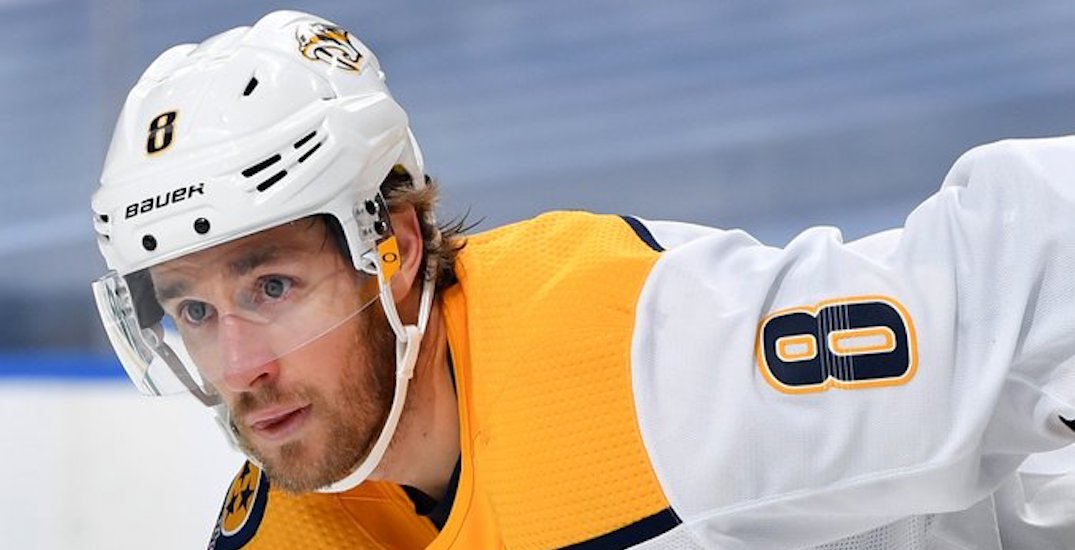 As the leaves start to change colours, so too will the jerseys of plenty NHLers.

Due to the NHL’s adjusted schedule as a result of the COVID-19 pandemic, the free agent frenzy — usually slated for July 1 — kicked off at 12 pm ET on Friday and the Edmonton Oilers have already made a move.

The Oilers have signed centreman Kyle Turris to a two-year contract worth $1.65 million per, according to the Oilers radio analyst Bob Stauffer.

With three 20-goal seasons and four 50-point campaigns under his belt, Turris represented a significant upgrade as a potential third-line centre as a valuable right-handed shot.

Turris has 416 points in 726 career NHL games, split between the Phoenix Coyotes, Ottawa Senators, and most recently, the Nashville Predators.

The 31-year-old British Columbia-native played for Dave Tippett earlier in his career, during both of their times with the Arizona/Phoenix Coyotes franchise.