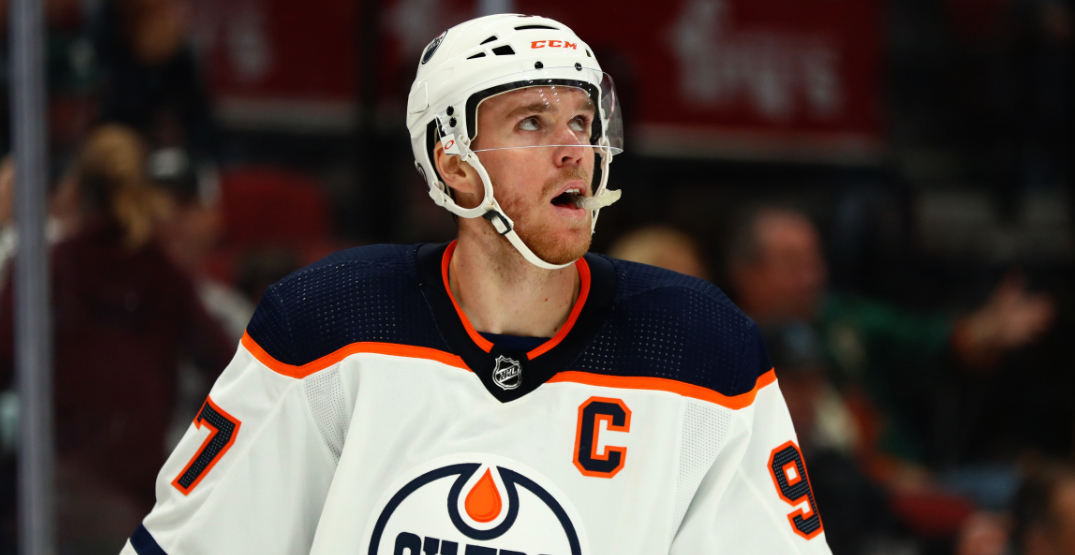 Turns out Connor McDavid might have scooped up a piece of advice from Torts after all.

McDavid was asked if he felt he deserved to draw more calls near the tail end of his media availability Thursday.

He didn’t exactly bite on the question.

“I guess I’ve just got to shut up about this,” McDavid said.

"I guess I just gotta shut up about this."

Connor McDavid when asked if he deserves to get more calls. 🤭 pic.twitter.com/3ciAFc5F26

The response was eerily similar, perhaps intentionally, to a suggestion John Tortorella offered up last week.

“He complained about it a little bit, he wasn’t getting the calls. Quite honestly, and I hope I say it correctly… just shut up. Don’t talk about it,” said Tortorella, a two-time Jack Adams Award winner turned analyst, on ESPN’s intermission show The Point last week.

"You're not just going to fill the net during playoffs." pic.twitter.com/rkO8nCsYhO

No word on if he’ll heed the other half of Tortorella’s advice.

“Don’t talk about it. Just play hard, play through it,” Tortorella said. “But the other side of the puck is that important too, come playoff time. I think he’s learning. [Edmonton Oilers coach Dave Tippett’s] going to have to get that whole group, if they’re talking about a Stanley Cup, they’re all going to have to play a little bit a different way and not just try to outscore teams.”

McDavid, whose 29-point season is second in NHL scoring only to teammate Leon Draisaitl, has a point in each of Edmonton’s first 15 games. He holds the fourth-longest Oilers point streak to start a season behind three efforts from Wayne Gretzky (51 games, 83-94; 30 games, 82-83; 16 games, 84-85).

He became the sixth-fastest in NHL history to reach 600 points earlier in the season, too.