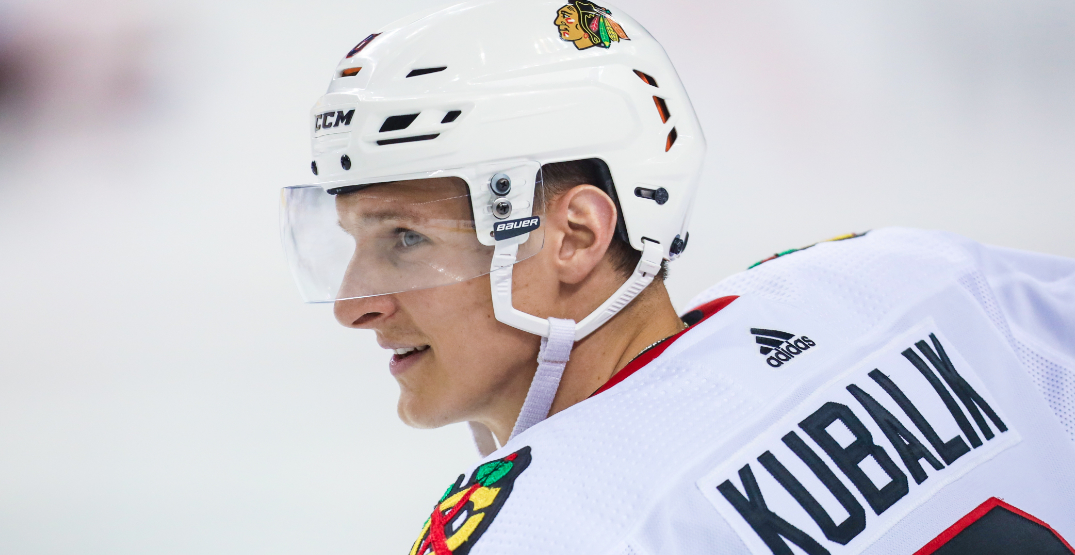 The Edmonton Oilers are frontrunners for Chicago Blackhawks winger Dominik Kubalik, according to Ben Pope of the Chicago Sun-Times.

The Oilers are one of two teams atop the leaderboard to land the 26-year-old forward, alongside the Anaheim Ducks.

Hearing the Blackhawks are making progress on a Dominik Kubalik trade, with Anaheim and Edmonton being the frontrunners. https://t.co/tkTA1amBk5

Kubalik has struggled to find success in Chicago this season, with his numbers continually falling from his rookie campaign in 2019-20. The Plzen, Czechia product has just 21 points (11 goals, 10 assists) and a minus-18 in 61 games in 14:36 of ice time per game this season after scoring 38 points (17 goals, 21 assists) in 56 games a year ago.

He burst onto the scene as a rookie in 2019, netting 30 goals and 46 points in 68 games — his first season in North America — and was named to the NHL’s All-Rookie Team.

The 6-foot-2, 179-pound left wing could slot among Edmonton’s top-six forward group on a line with either Connor McDavid or Leon Draisaitl. He could also slide into a third-line role when a healthy Ryan Nugent-Hopkins, who remains on injured reserve, returns.

Kubalik will become a restricted free agent when his two-year contract worth an average annual value of $3.7 million expires at season’s end.