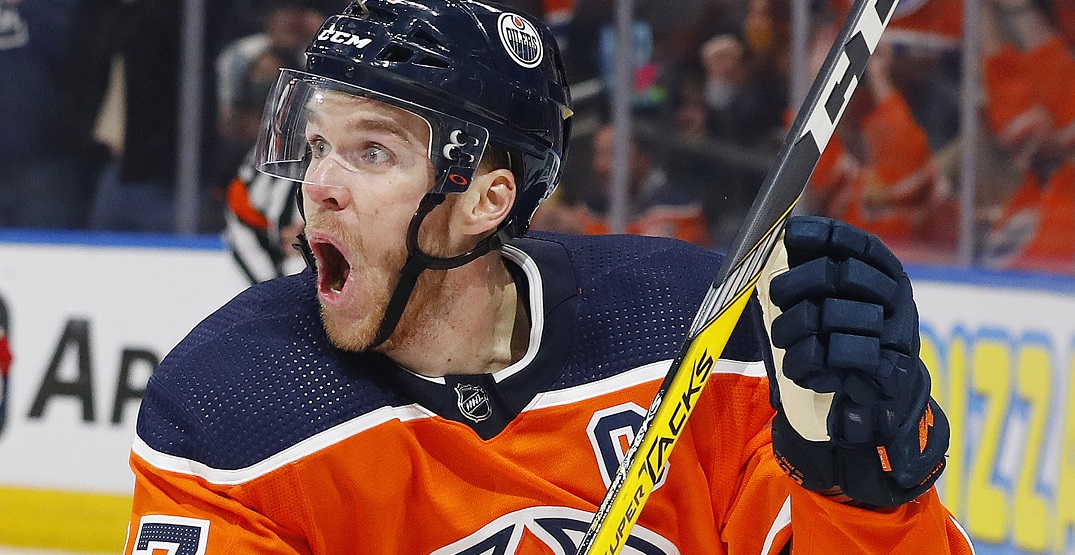 Connor McDavid scored a goal last night that will make your head spin.

Late in the third period down 5-4 against the New York Rangers, the Edmonton Oilers superstar decided to take the game into his own hands.

After the puck hopped into the neutral zone, McDavid skated through basically the entire Rangers team and scored on one of the most remarkable efforts you’ll ever see.

Here’s the video of the goal, via Sportsnet:

“The bench went crazy,” teammate Zach Hyman said. “At that time of the game, to score a goal like that, it was pretty special. Only he can make a play like that. It was just Connor being Connor.”

The Oilers won the game 6-5 in overtime by the way of a Leon Draisaitl strike.

But beyond the Oilers getting the win, just about anyone reacting on Twitter couldn’t believe what they saw when McDavid scored the game-tying marker.

Has anyone stopped replaying that McDavid goal over and over in their head yet?

Me this morning- “I still can’t believe McDavid did that. What did you say about McDavid babe?”

Connor McDavid isn’t the next Gretzky, he’s the first McDavid

Adding two assists to his goal, McDavid now has 22 points through ten games this season, second to only Draisaitl’s 23 in league scoring.

connor mcdavid should really be a bigger asshole than he is. like he's just like a generally nice dude but imagine u could do that to ur peers. i would mock them relentlessly

Even the normally mild-mannered McDavid was in shock with his own skillset.

bro even mcdavid can’t believe he just did that https://t.co/zKf6AM5Lis

The Oilers uploaded an alternate angle, but it doesn’t make the goal by McDavid any easier to comprehend.

McDavid and the Oilers play next on Tuesday night against the Detroit Red Wings. Maybe he’ll score with a blindfold on this time.