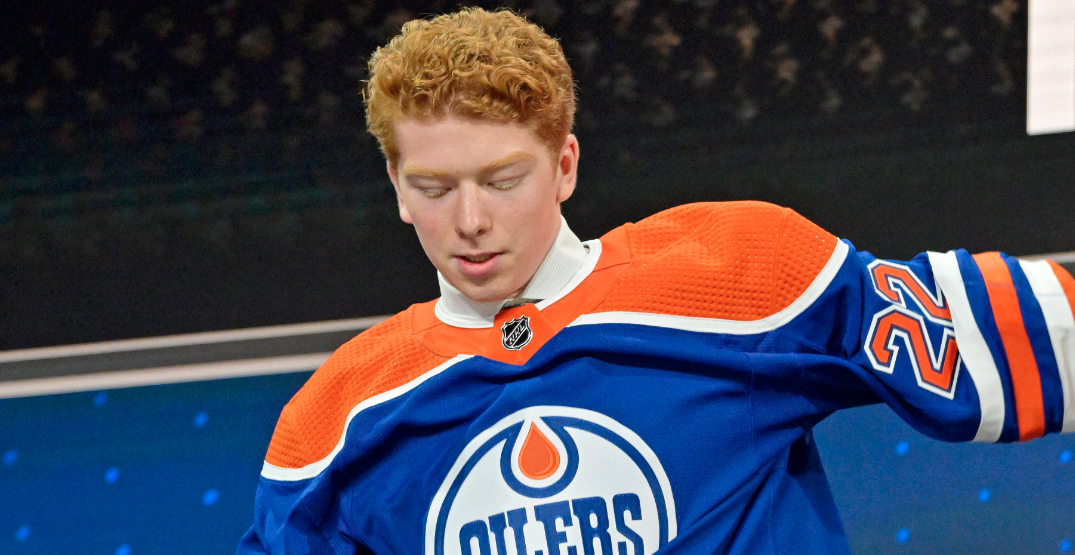 Reid Schaefer had to wait, but it was certainly worth it.

The Edmonton Oilers selected Schaefer, who plays for the Seattle Thunderbirds in the Western Hockey League, with the final pick of the first round at the 2022 NHL Draft.

Schaefer, ranked 31st among North American skaters by NHL Central Scouting, tied for ninth in rookie scoring in the WHL with 58 points (32 goals, 26 assists) in 66 games played for the Thunderbirds. He had 21 points (six goals, 15 assists) in the WHL Championship Series, where he matched up against the Edmonton Oil Kings.

The Oilers might have to wait on Schaefer, who will require some development time.

The 6’3, 213-pound winger is a budding power forward who can touch a lot of different elements of a game. He has good vision and touch with the puck, and loves to play a hard, physical game.

With the 32nd pick in the 2022 #NHLDraft, the @EdmontonOilers have selected @SeattleTbirds forward Reid Schaefer! pic.twitter.com/zbbxSdo6mM

“There aren’t many players in this class who can shoot as well as he does,” independent scouting outlet FCHockey wrote in its 2022 NHL Draft Guide. “He is great on the cycle, using his body to shield the puck from defenders and create time for himself, and is happy to fight and grind in those kinds of situations. He has a real nose for the net, and has the knack for finishing up plays in tight.

Schaefer, who’s father Jeremy was a seventh-round pick of the Boston Bruins in 1994, shot up draft lists all season long.

The Oilers had the No. 32 selection, the last pick of the first round, after swapping spots with the Arizona Coyotes as part of a deal that moved out forward Zack Kassian.