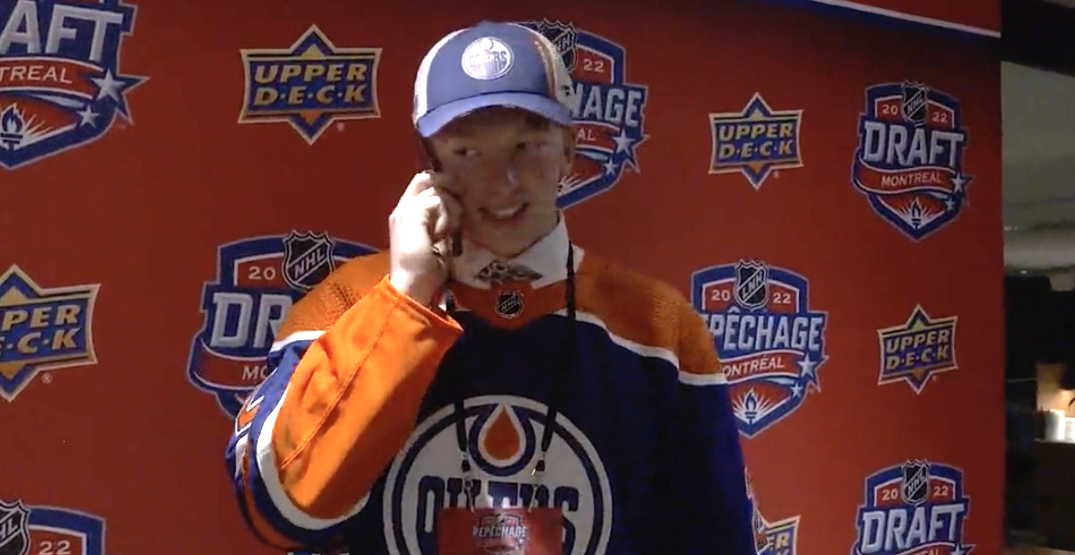 It didn’t take long for Reid Schaefer to get welcomed into the Edmonton Oilers organization.

Shortly after the Oilers made the rugged Seattle Thunderbirds forward the 32nd overall pick and final selection of the first round in the 2022 NHL Draft, Schaefer fielded a call from California.

Schaefer, whose father Jeremy was a seventh-round pick of the Boston Bruins in 1994, didn’t recognize the number.

It was none other than the The Great One himself.

Ever wonder what a GOAT call sounds like? 🐐#NHLDraft | #LetsGoOilers pic.twitter.com/AVyEnviYcX

“That was Wayne Gretzky,” Schaefer said shortly after hanging up.

The call was only captured from Schaefer’s side, but he still seemed to be in awe.

“I’m excited to be part of the organization,” Schaefer said on the call, captured on video by the Oilers Twitter account. “I’m excited to get things going.

“That means a lot. Take care.”

He grew up an Oilers fan.

“I had the Oilers jerseys around the house when I was younger,” he told the Oilers website after being drafted. “Just growing up a fan watching their playoff runs and stuff like that was very exciting, so I’m very pumped.”

Edmonton fans will soon be a Schaefer fan.

He describes himself as a big, two-way power forward with some offensive upside. Certainly, those are talents that could endear him to the Rogers Place faithful.

“There aren’t many players in this class who can shoot as well as he does,” independent scouting outlet FCHockey wrote in its 2022 NHL Draft Guide. “He is great on the cycle, using his body to shield the puck from defenders and create time for himself, and is happy to fight and grind in those kinds of situations. He has a real nose for the net, and has the knack for finishing up plays in tight.