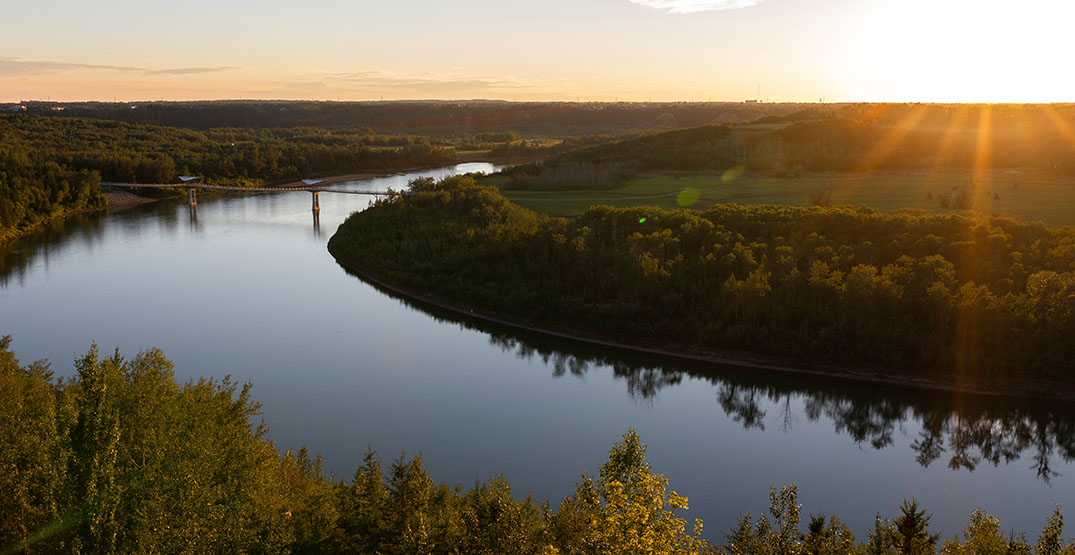 Heavy rain that saturated areas west of Edmonton this week has prompted a high stream flow advisory for the North Saskatchewan River, with the crest expected soon at the City of Edmonton.

Areas around the province’s capital didn’t get the extreme amounts of rain like areas surrounding Calgary did this week, however, Environment and Climate Change Canada (ECCC) did release a preliminary report on rainfall amounts around the city, and it’s quite impressive.

According to the government’s Alberta River Basin website, a high stream flow advisory is in effect for the North Saskatchewan River from the Bighorn Dam all the way to the Saskatchewan border.

For the North Sask in Edmonton, water level rises of between 2.5-3.5 m are possible and peak water levels are expected through the City between Thursday night (16th) and Friday morning (17th).

Low-lying trails, boat launches, and docks will be affected, according to the province.

Flows will be above the top of the normal range (500 cms) starting on Thursday morning and will remain high through Saturday.

Water level rises are due to rain in the headwaters and are not due to upstream dam operations.