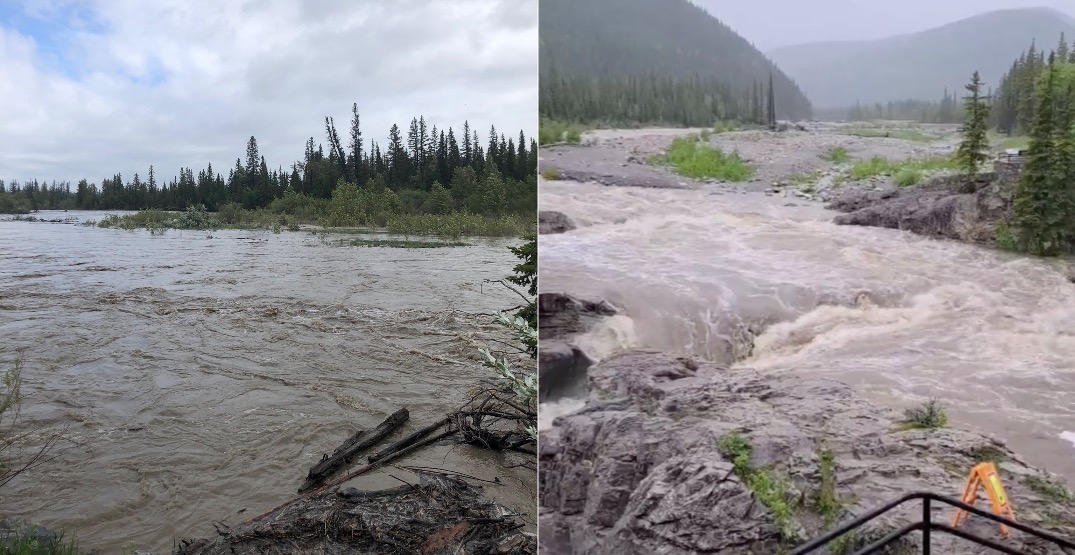 Rain has started to ease in much of Alberta following a massive storm that started earlier this week and dumped more than 200 mm of rain and more than 60 cm of snow in some spots.

Environment and Climate Change Canada (ECCC) has issued a preliminary summary of the weather event, sourced from social media such as Twitter, volunteer observations like CoCoRaHS, Government of Alberta sites, and ECCC sites.

The weather agency says radar indicated a widespread 100-120 mm fell in the foothills with localized amounts of 150 mm.

At higher elevations, precipitation fell as snow. ECCC received reports of up to 65 centimetres of snow in Highwood Pass south of Peter Lougheed National Park, around 2,200 m elevation.

The storm also brought strong winds with it across Alberta, resulting in numerous wind warnings being issued, including for the City of Calgary.

These are some of the highest maximum wind gusts (km/h) recorded over the event:

The ECCC added that the summary may contain preliminary or unofficial information and does not constitute a complete or final report.