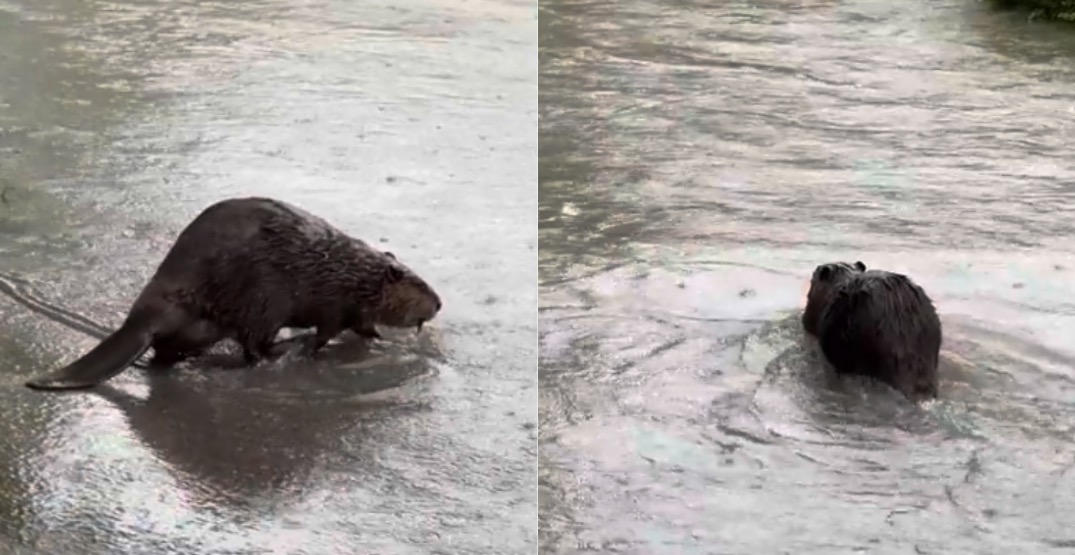 A massive rainstorm that struck Alberta this week brought more than 200 mm of rain to areas surrounding Calgary, and while most were concerned over flooding possibilities, one big beaver in the city was having a fantastic time with the extra water.

A video uploaded on Reddit showed the beaver just wading in the water, with the user who uploaded the clip stating, “Went for a run along the Elbow River and saw this guy enjoying the flood.”

The post has amassed more than 2,300 upvotes, the equivalent of likes, and more than 100 comments by Calgarians enjoying the beaver just hanging out.

“Probably thinking he’s got a lot of work to do,” wrote one user, with another following up with, “Yeah, maybe he’s feeling shame for not building his dam good enough. Sorry guys, I tried,” and “Having an all-out panic attack.”

Its size was also commented on, with one user commenting, “He’s thiccc,” a comment the original poster followed up with, “Came around the corner and legit thought it was a brown lab at first 😂.”

The storm that struck Calgary and the surrounding area dumped more than 200 mm of rain and more than 60 cm of snow in some spots, with the Kananaskis region receiving the most rain at 218 mm, according to Environment Canada.

The torrential rain blew out many streams in the area, including the Elbow and Sheep Falls. It’s safe to say this beaver should stick to the overflow of the Elbow in Calgary.