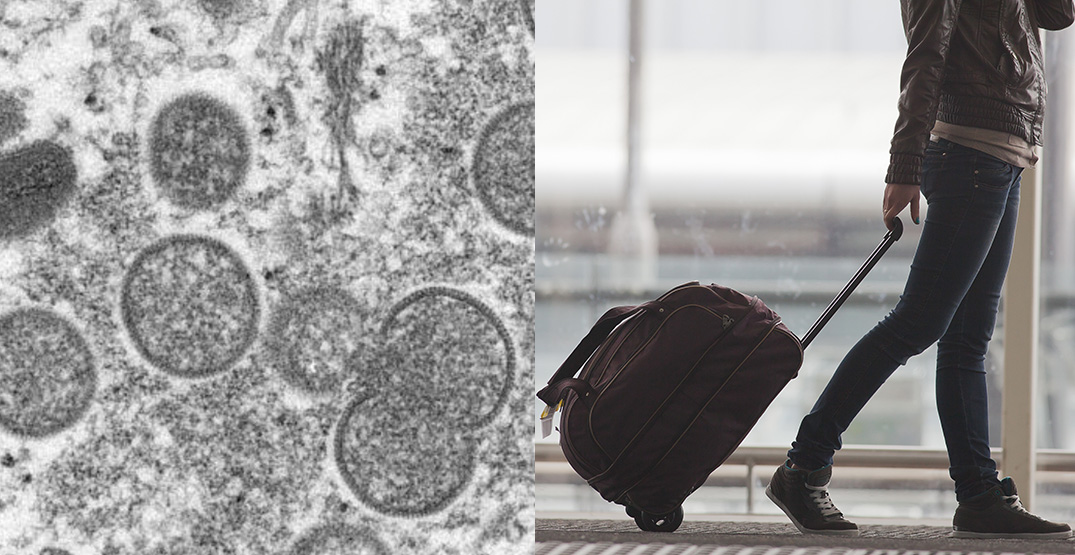 Internationally, PHAC says clusters of monkeypox cases have been reported in several countries outside of areas in Central and West Africa where cases are normally found.

“The occurrence of cases with no direct travel to those areas, or without established links to a traveller from those areas, is unusual,” reads the travel notice. “In the current outbreak, those at risk of infection are those who have had close or intimate contact with a person who has monkeypox.”

(1/3) The Public Health Agency of Canada has issued a Level 2 Travel Health Notice on #monkeypox for many countries. Travellers are advised to practise enhanced health precautions.
Learn more: https://t.co/n20wJG2kon pic.twitter.com/1mOSHtU1BD

What is a level two travel health notice?

According to PHAC, this health notice indicates an increased risk to travellers or certain groups of travellers like pregnant women, campers, and people visiting friends and relatives. It reminds people to practice enhanced health precautions.

The government warns that travellers may be subject to procedures put in place at a destination to limit the spread of monkeypox including isolation if you become infected.

“You may have limited access to timely and appropriate health care should you become ill, and may experience delays in returning home,” states PHAC.

It advises people to sign up with the Registration of Canadians Abroad service to stay connected with the government in case of an emergency abroad or an emergency at home.

Canada is no stranger to the infectious virus. Quebec was the first province to be hit with confirmed cases of monkeypox in mid-May. Since then first cases of the virus have been confirmed in Ontario, Alberta, and BC.

Quebec has the most cases, which climbed past 50 at the beginning of June.

The virus is endemic in central and west Africa, which PHAC says can spread in three ways:

Contact with an infected person’s skin lesions or scabs, bodily fluids, respiratory droplets, and contaminated clothes can spread the virus.

Monkeypox is closely related to smallpox, and there are vaccines available in Canada to protect against the virus.