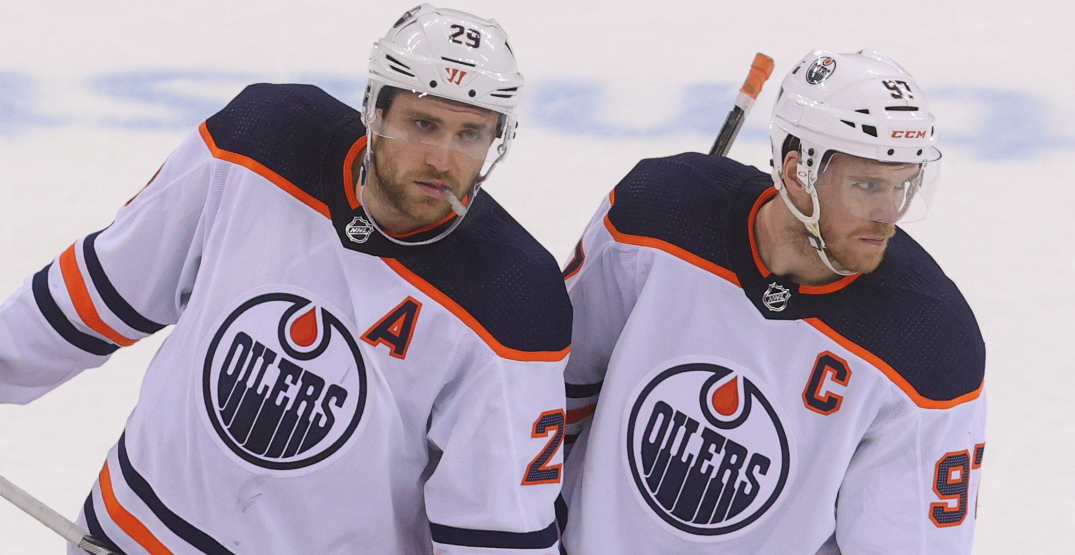 The Edmonton Oilers will hold stars Connor McDavid and Leon Draisaitl out of the lineup in the team’s season finale against the Vancouver Canucks on Friday.

The Oilers have already secured home-ice advantage in the first round of the Stanley Cup Playoffs in their series against the Los Angeles Kings.

“Both of those players will not be in tonight’s game,” Oilers coach Jay Woodcroft told media Friday morning.

“I think the way that the decision has is we talk about it as coaching staff, a management group, and then we talk to our players about it. We just think it’s a smart move heading into a playoffs that could start as early as Monday.”

McDavid leads the NHL with 123 points (44 goals, 79 assists), eight more than Johnny Gaudreau of the Calgary Flames and Jonathan Huberdeau of the Florida Panthers. He also leads the league in multi-point games (45) and ranks first with 26 multi-assist games.

Draisaitl has scored an NHL career-high 55 goals, second only to the 60 scored by Auston Matthews of the Toronto Maple Leafs. He is the only the fourth player in Oilers franchise history with multiple 50-goal seasons and is fourth in league-scoring with 110 points (55 goals, 55 assists).

He has netted 15 multi-goal games this season, ranking first, and has recorded five four-point efforts, nine three-point games, and ranks third in the NHL with 31 multi-point games.

He has five 100-point seasons under his belt, joining Wayne Gretzky (9), Jari Kurri (6), and Mark Messier (5) as the only four players in franchise history to do so, and is second among active players behind Sidney Crosby (6) for the most 100-point seasons.

The pair rank first and second in ice-time per game among forwards this season. Draisaitl leads with 22:21 per game, and McDavid sits at 22:04.

The Oilers are expected to open their series against the Kings on Monday.