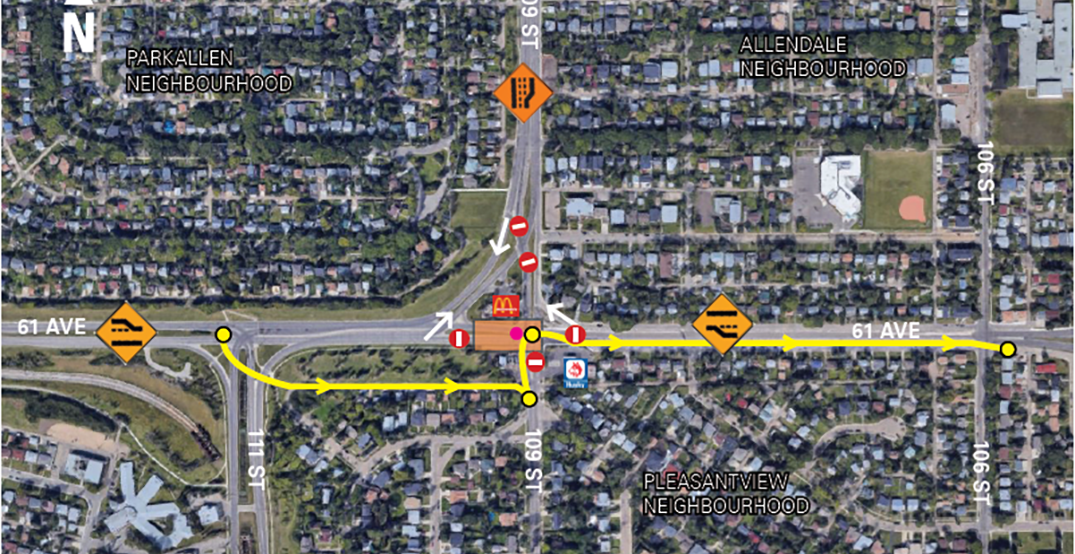 Edmonton’s utility provider says a massive sinkhole that formed in the city last week could take several months to repair.

EPCOR estimates the hole is 23 metres deep, three metres long, and one metre wide. It formed on October 12, following EPCOR’s discovery of an underground void during a sewer inspection on October 8.

The hole formed under the road at 109 Street and 61 Avenue, where the Parkallen neighbourhood meets Allendale and Pleasant View.

“There is no structural risk to homes and businesses in the area. Based on assessments so far, it appears the void area is limited to a section under 61 Avenue,” EPCOR said.

Crews are now working to repair the sinkhole, and EPCOR estimates the intersection could be closed for several months.

Crews are constructing a sewer bypass line before working to fix the hole. Residents nearby could notice more sewer odour than usual as well as a low-level humming noise in addition to construction noise.