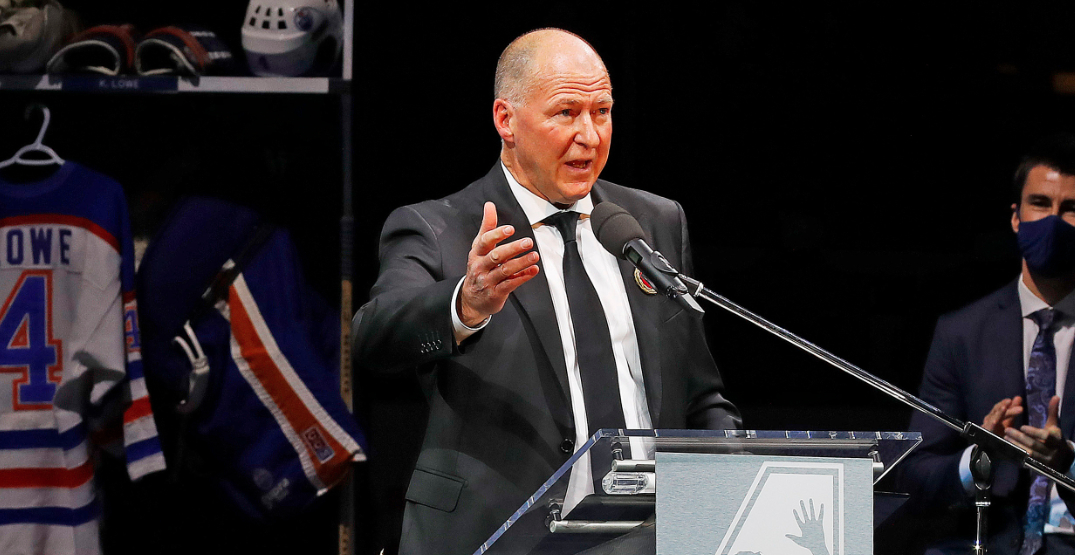 Lowe is retiring from his role as vice chair and alternate governor of the Edmonton Oilers, the team announced Tuesday morning.

The longtime NHL defenceman, who was the team’s first-ever draft pick in 1979, won five Stanley Cups in Edmonton, and was inducted into Hockey Hall of Fame in 2020 and Order of Hockey in Canada in 2021, will remain an Oilers Ambassador working with the Edmonton Oilers Community Foundation and Oilers Alumni, as well as with season ticket holders and corporate partners.

#Oilers legend & @HockeyHallFame inductee Kevin Lowe is retiring from his role as Vice Chair & Alternate Governor of the hockey club. Moving forward, he will stay connected to the organization & community as an ambassador. Thank you, Kevin! https://t.co/lq5a6v2TzI

“Kevin Lowe has been an integral part of the Edmonton Oilers for over 40 years and will continue to be connected to the organization as Oilers Ambassador,” Edmonton Oilers Chairman Bob Nicholson said, according to the team’s website.

“Very few have had the impact that Kevin has had, both on and off the ice. He exemplifies leadership and has done so much to help connect the organization with our fans, while supporting so many worthwhile causes in our community. He is a teammate, leader, and friend to so many in the organization and we congratulate him on an amazing career and are excited for this next chapter of his career.”