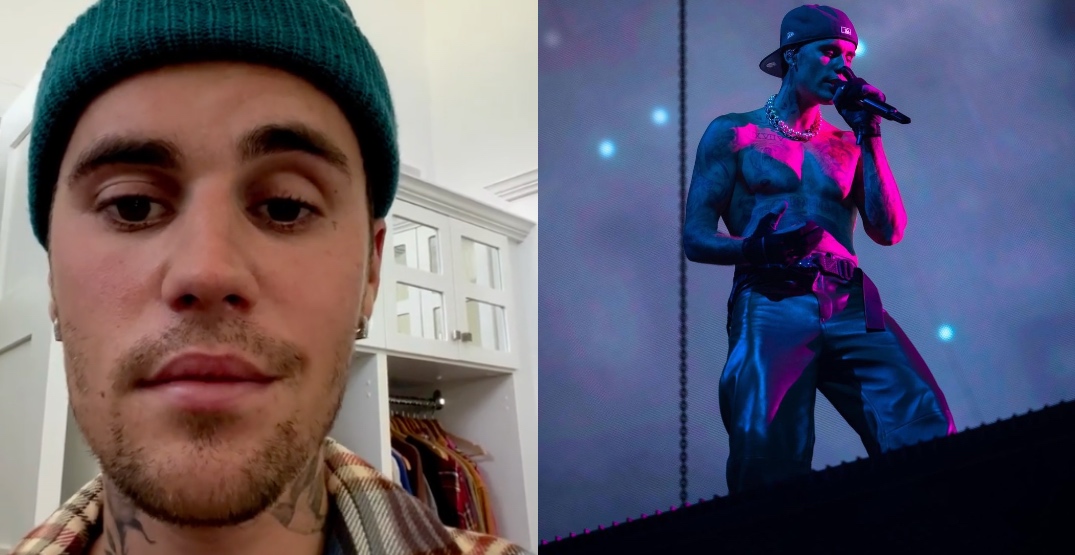 Justin Bieber fans were heartbroken when the pop star had to cancel shows in Toronto and now the Biebs has opened up on social media to share more about his health journey.

“I wanted to update you guys with what’s going on,” said Bieber in a video posted to Instagram on Friday, June 10.

“Obviously, as you can see from my face, I have this syndrome called Ramsay Hunt syndrome; it is from this virus that attacks the nerve in my ear, my facial nerves, and has caused my face to have paralysis,” he explained.

“For those who are frustrated by my cancellations of the next shows, I’m just physically, obviously, not capable of doing them.”

“This is pretty serious, as you can see.”

According to the Mayo Clinic, Ramsay Hunt syndrome happens when a “shingles outbreak affects the facial nerve near one of your ears,” and it can cause one-sided facial paralysis.

It happens in people who have had chickenpox. After one recovers from chickenpox, the virus is still in one’s body, and it can reactivate years later.

As part of his Justice World Tour 2022, he was set to play the Scotiabank Arena in Toronto on June 7 and 8.

Due to feeling under the weather, Justin Bieber will be cancelling the next few shows this week. More updates to come on rescheduled dates and refunds. pic.twitter.com/Ji5w9rstq8

The Grammy Award-winning global superstar was supposed to kick off this tour in 2021, but due to COVID-19 restrictions, the tour was moved to 2022.