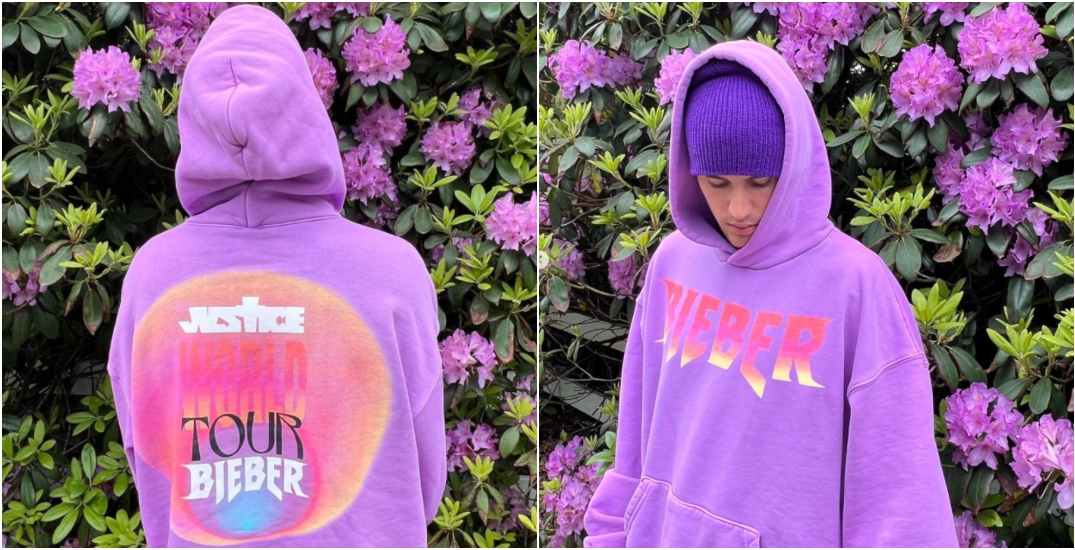 Planning to go to Justin Bieber’s Toronto shows? Well, you can make sure your concert outfit is on point because a pop-up is opening today.

Justin Bieber fans can buy concert merch during the Justice World Tour Merch Pop-Up. Items will be available for just two days from Tuesday, June 7 until Wednesday, June 8 at Yorkville’s CNTRBND. The store will be open from 11 am to 6 pm.

On June 6, the singer posted a brief clip announcing the pop-up on his social media.

The announcement comes just in time for his Toronto shows on June 7 and 8 at Scotiabank Arena. Jaden, Téo, and Harry Hudson will also be making an appearance.

It’s been a busy time for Bieber fans.

On June 6, Tim Hortons released the Biebs Brew, the coffee chain’s second collaboration with Bieber after the success of the Timbits. Check out our review of the brew here.

So grab a Biebs Brew and an umbrella, obviously, and get in line to get your hands on that sweet merch.