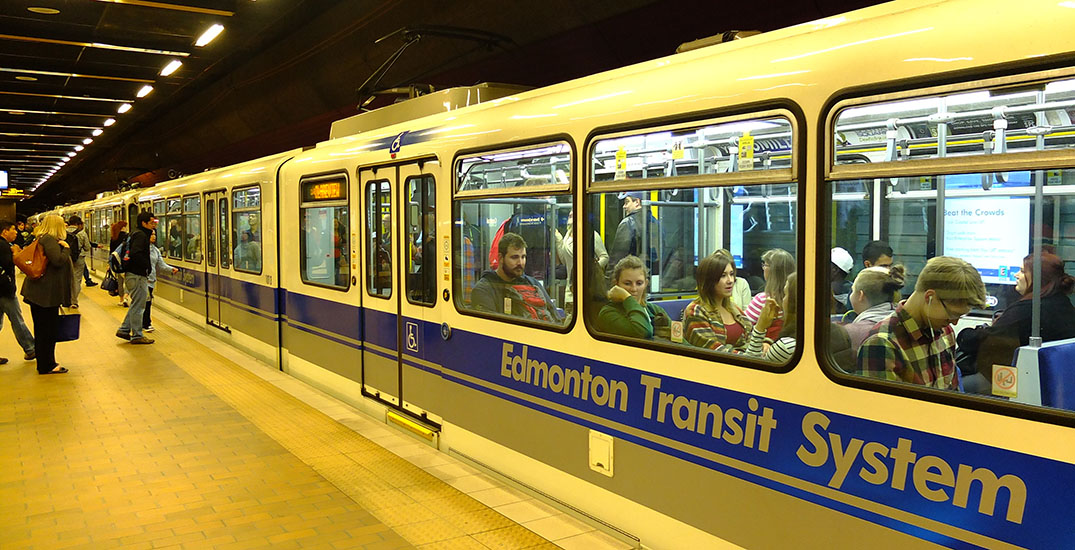 Three original mural sections at Government Centre LRT Station are coming down this fall, after being covered since the start of summer.

The murals were installed on the west wall in 1989 to commemorate Francophone history and heritage in Alberta, including an image of Bishop Vital-Justin Grandin, after whom the station was named.

“Edmonton’s Grandin Station murals, glorifying one of the architects of Canada’s residential school system, proved too much for many survivors and their families,” said Dr. Terry Lusty, Métis Elder and member of the Grandin Working Circle, in a press release.

“With no intent to offend anyone, but in an effort to address the discomfort and re-traumatization of survivors, it was decided to remove the images causing the grief and eventually replace them with more acceptable images that have yet to be determined.”

In June 2021, City Council unanimously passed a motion to cover the original murals and to remove the name of Bishop Grandin from the station.

The original mural space will remain covered in orange while the Working Circle continues to meet and engage towards determining a new name and vision for the station, the city says.