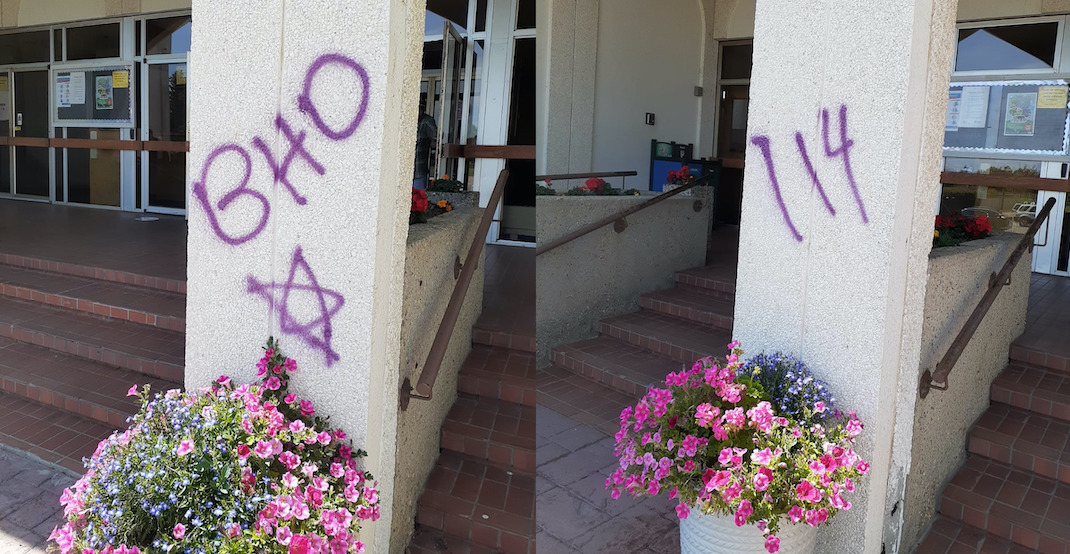 Edmonton Police Service Hate Crime and Violent Extremism Unit is investigating after Al Rashid Mosque in Edmonton was vandalized over the weekend.

“This incident was reported to police Monday afternoon and Hate Crime and Violent Extremism Unit is aware and looking into it,” said a spokesperson with EPS in a statement to Daily Hive.

According to the mosque’s communications director, Noor Al-henedy, the incident took place around 2:30 am on Sunday.

“Two individuals came up to the mosque and vandalized the two front poles of the mosque with two symbols, 114 and ‘BHO’ or ‘BHD,’ we can’t really tell,” said Al-henedy in an interview with Daily Hive. 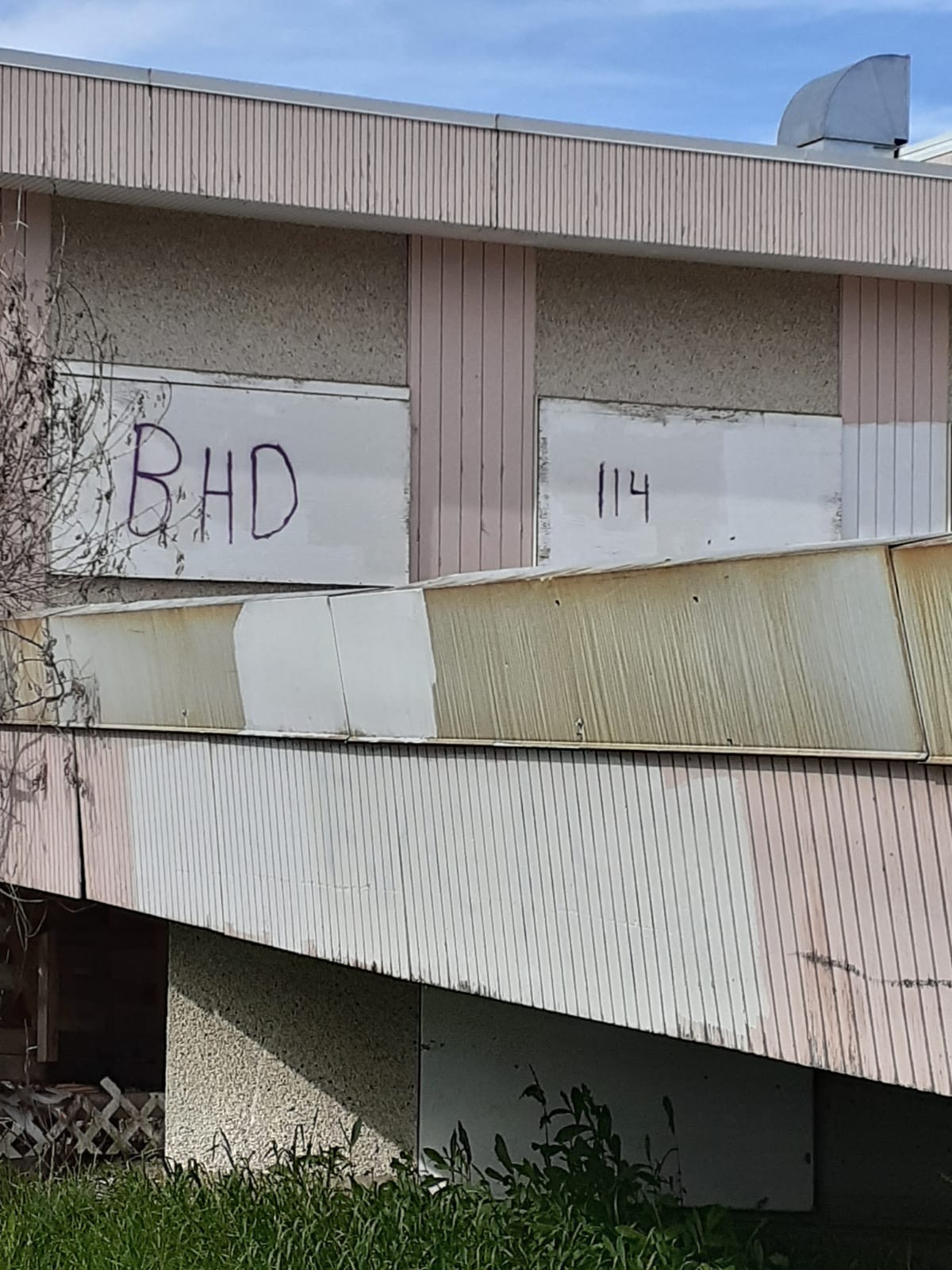 According to Al-henedy, surveillance footage shows the two suspects, who appear to be men approximately in their early 20s and wearing black hoodies.

Al-henedy said this is not the first time the mosque has been the victim of hate-motivated attacks in the community.

“We have a project that is being built for seniors in our area, residential, affordable units for them and that was vandalized twice with the same symbols, exact same symbols, and the cameras there were also vandalized,” she added.

“We have also had racist attacks toward the mosques.”

Al-henedy said the incident is very unsettling and unfortunate but that the community is staying positive.

“We are the oldest mosque in Canada. The Muslim community here arrived in the late 1800s. We know that’s not what Albertans are, that’s not what Edmontonians are. Those are just individual people that are misled by information that they have,” she added.

“Places of worship are very holy to any group, and it would be very unacceptable for us to see this happen at a church or at a synagogue or a temple or anywhere.”

She said the mosque, which was built in 1938, drew many Muslims to Alberta.

“It’s been a beacon of culture, of community, for everybody. We have about 12 organizations within the mosque that serve youth, that serve seniors, that do a lot of interfaith work.”

“We are more focused on education because we think it is key to bring us all together as a community and make sure we shatter all stereotypes around any minority group, any religion.”

The members of the mosque are grateful for how the community has come together to condemn the vandalism and support them, said Al-henedy.

“We love our community. Our community is what makes us who we are. We have worked really hard at building this relationship with our neighbours, with Edmontonians, with Albertans and Canadians at large. We are a part of them and they are a part of us,” she said.

“The minute the news was leaked we had hundreds of people volunteering to come help clean it up. And any time there is any kind of attack or any kind of hate towards the Muslim community, everyone stands up and says no, that’s not what we’re all about.”

Al-henedy added, “We’re so proud to be a part of this community that is so loving, so nurturing and stands for one another, especially in times of hardship.”