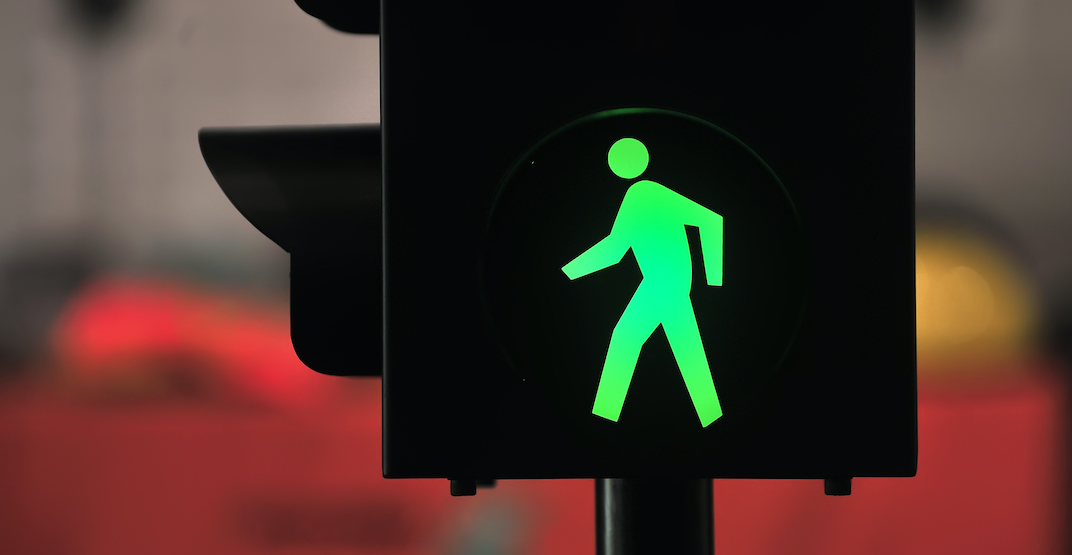 According to a release, “Downtown Division patrol officers responded to the collision call at approximately 10:40 am today, Wednesday, July 15, 2020. Upon arrival, members found a 24-year-old deceased male lying near the sidewalk on the northwest corner.”

“It was reported to police that a Ford Explorer travelling westbound on 103A Avenue drove through a red light, before colliding with an ETS DATS bus that was northbound on 95 Street.”

Police say the investigation is in its preliminary stages, but it is reported that the Explorer then travelled onto the northwest sidewalk, colliding with an EPCOR electrical box, before striking and killing a 24-year-old male pedestrian.

The 48-year-old male bus driver was taken to hospital with serious, non-life-threatening injuries.

Police say there were no passengers on the bus at the time of the collision.

The 30-year-old female driver of the Ford Explorer was also taken to hospital with serious, non-life-threatening injuries.

Police are searching for the male passenger of the Ford Explorer, believed to be in his 30s, who police say fled the scene of the collision on foot, and was last seen running near 97 Street and 106A Avenue.

Police say charges are pending against the driver of the Ford Explorer but not the passenger.

Anyone who may have witnessed this collision is asked to contact the EPS complaint line at 780-423-4567.