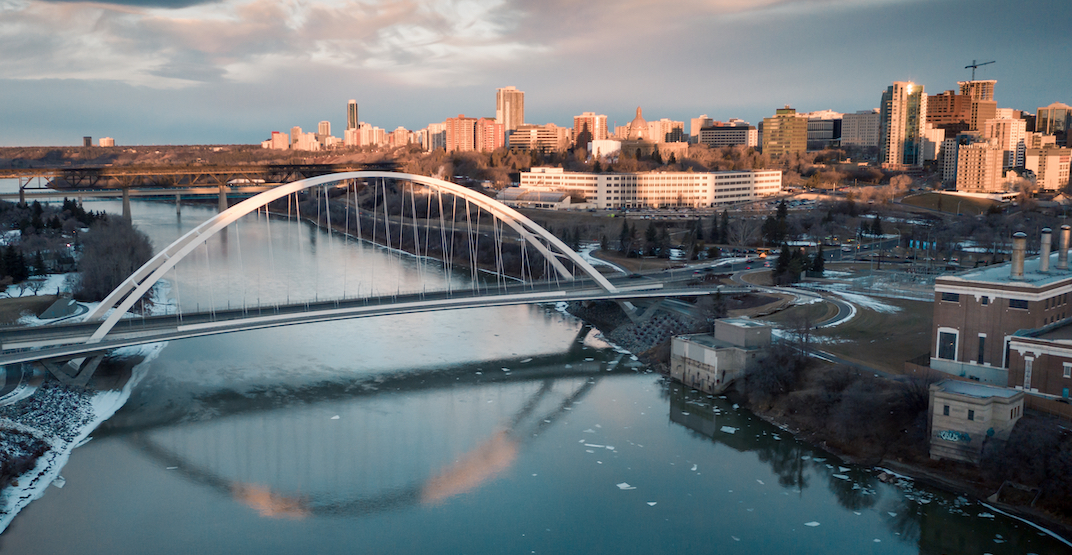 Not-so-breaking news: It’s going to be cold in Edmonton this week.

The forecast serves as a reminder to take extra caution when driving and give yourself a little extra travel time because of the snow, ice, and high winds.

According to the Weather Network, a “surge of arctic air” brings much colder temperatures to Alberta for the second half of the week, with some parts of Alberta expecting up to 30 cm of snow.

Environment Canada says that Tuesday in Edmonton is expected to be a snowy one, with periods of snow and 20 km/h winds ending in the afternoon, followed by cloudy skies with a 60% chance of flurries into the evening and overnight.

The rest of the week is expected to be chilly, with 15 km/h winds on Wednesday and a weekend high of -5°C on Sunday.

The combination of snow, sun, and low temperatures could be potentially disastrous on roads, and the City of Edmonton says it is taking precautions to keep streets clear.

“Crews are actively maintaining roads & clearing sidewalks / other priority areas to ensure safe mobility. A salt/sand mix is being applied to roadways, hills & intersections for traction. Please give crews room to work & travel to conditions,” said the City of Edmonton on Twitter.