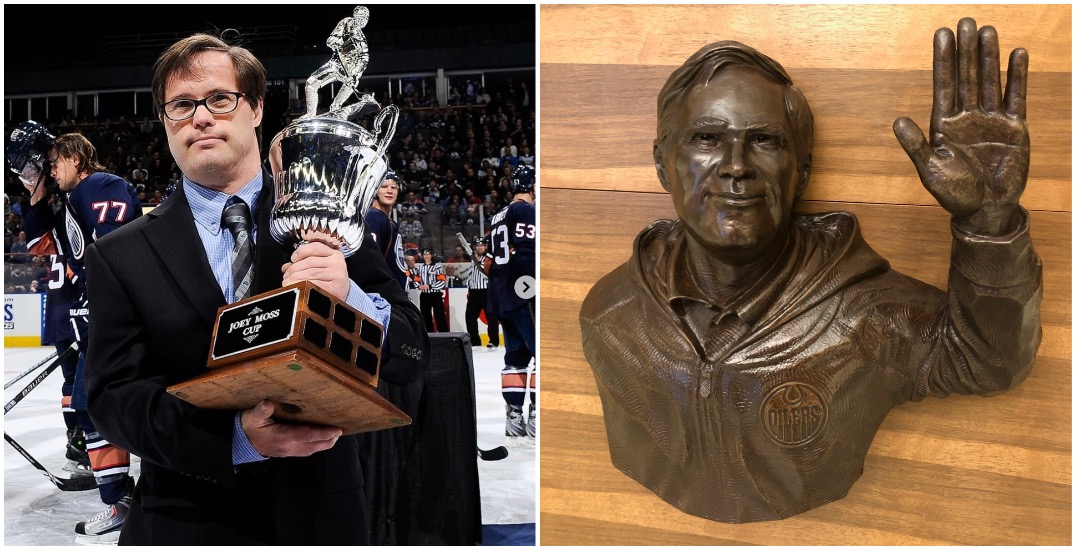 The Edmonton Oilers have unveiled a new addition to the team’s locker room: a statue of the late Joey Moss.

Moss was a dressing room attendant for the Oilers for more than three decades, becoming a fan favourite and legendary Edmontonian in the process.

He was brought to the attention of the Oilers by none other than Wayne Gretzky, starting to work for the team in 1984-85.

Joey will be ready & waiting for high fives every time the guys hit the ice. 🧡💙#LetsGoOilers pic.twitter.com/Xl5ZkBap30

“Joey will be ready & waiting for high fives every time the guys hit the ice,” the Oilers posted to their social media accounts alongside a photo of the new statue.

Moss was inducted into the Alberta Sports Hall of Fame in 2015.

The Oilers will play their first home preseason game Tuesday evening at 7 pm ET against the Seattle Kraken.