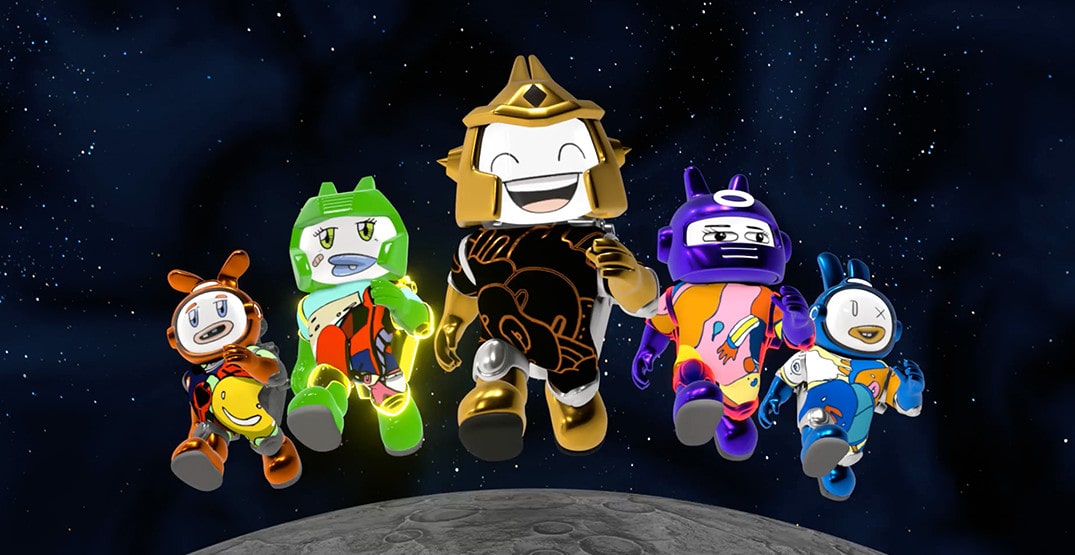 Space Buns, created by Carson Ting, the co-founder of art and design studio Chairman Ting, and Alex Beim, founder of Tangible Interaction, announced that it is available for mint with a unique offer for collectors.

According to the creators, the release allows buyers to receive a customizable vinyl toy as well as get a chance for one-on-one access with the artists to have a custom paint job created on the figure.

“From the beginning, we wanted to do more than a regular NFT. Something that took us from 2D to 3D,” explained Beim in an interview with Daily Hive. “But even then we felt we wanted a real physical representation of the character. As we started 3D printing the vinyl figures, we fell in love with them and people also started asking if they could get one. It didn’t take long before we deduced that a vinyl toy was a must-have.”

Space Buns tells the story beyond the genesis of Billion Buns that introduced the world to the progressive and highly inquisitive species. The Ting-created NFT collection sold out in 48 seconds upon its release. 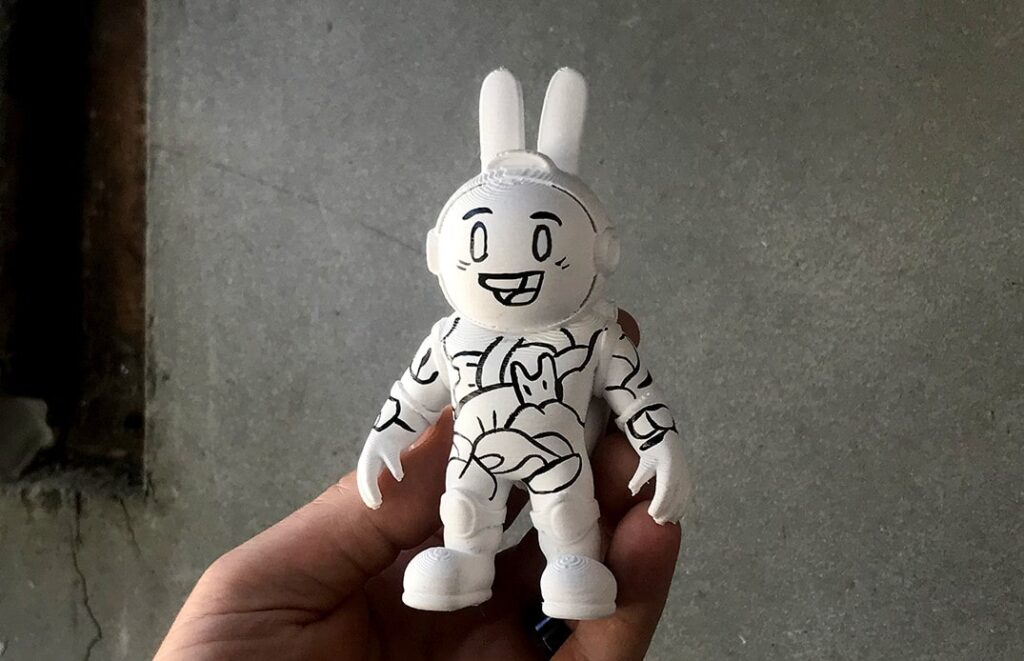 “I am extremely excited but equally as terrified about the Space Buns release,” shared Ting. “Over six months of blood, sweat, and tears were poured into this project from both my studio and Alex’s Tangible studio. It’s truly electrifying to venture into something at this scale without a playbook. Everything has been guided by our own intuition and from my previous drop.

“Funny enough, although my Billion Buns NFT drop was only launched eight months ago, the entire web3 world has changed dramatically.”

There are 3,600 Space Buns available to be minted, each unique and animated, with early minting set for 0.077 ETH for the pre-sale list. After 72 hours it will be 0.099 ETH for public sale.

If a minter purchases two Space Buns, they’ll receive a limited-edition vinyl toy. Those who purchase 10 or more Space Buns will receive a 30-minute private session where Ting will customize their figure in real-time.

“We hope that engaging one-on-one with our supporters through activities like customizing their vinyl toy will not only help heighten the experience for the community but to foster an inspiring space for both creators and collectors,” said Ting, who also shared that he is working on a Billion Buns TV show as well as a limited production run of Billion Buns ice tea with WIZE tea.

Beim is also ready for the NFT community to blast off with the Space Buns. 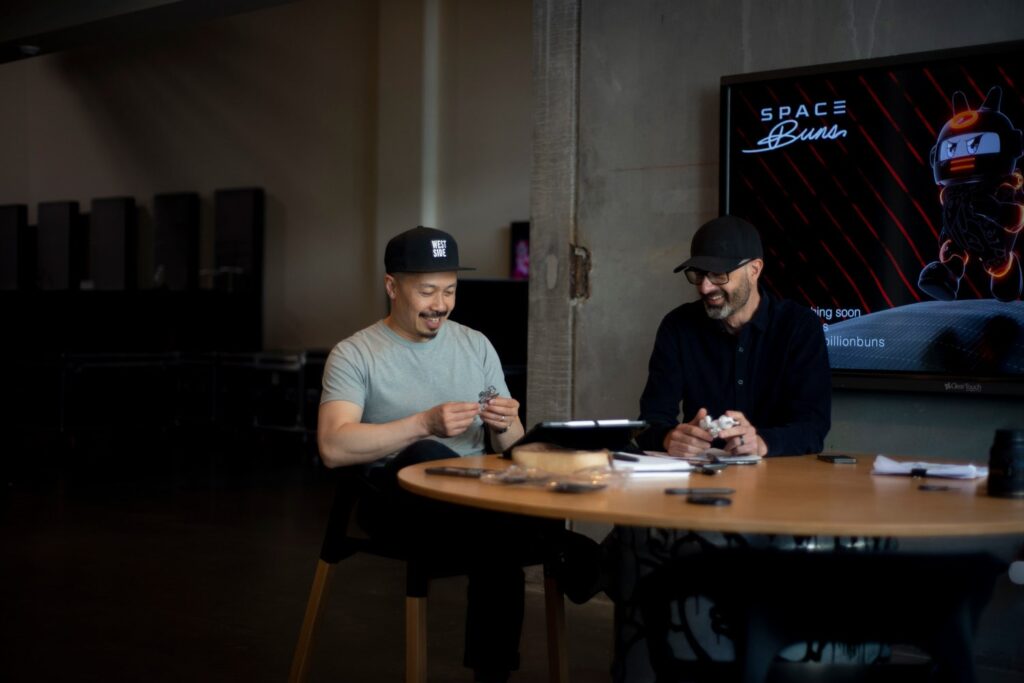 “Though it has been seven months, the work has been so intense that it feels like we have been working on this collection for several years,” added Beim. “At Tangible we are all about creating experiences with people not in isolation, so the idea of finally releasing Space Buns into the world is very exciting.

“We are excited for people to be part of a community, to get them involved in the project, and to create new opportunities for collaboration. Ultimately we are thrilled about people owning a piece of art and holding a viny figure in their hands. There are many plans for the vinyls too, so we are really looking forward to seeing what people will do with them. 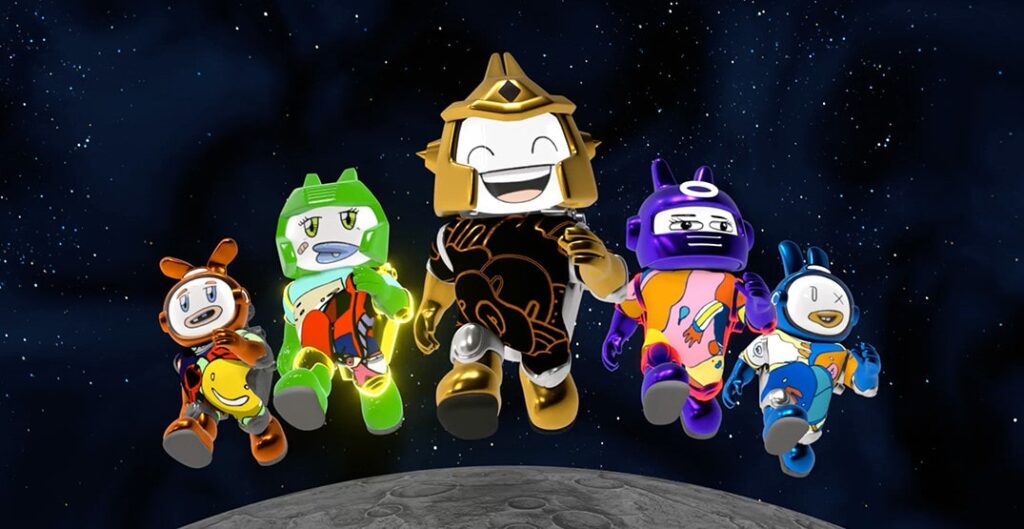 To learn more, head to Space Buns on Discord.