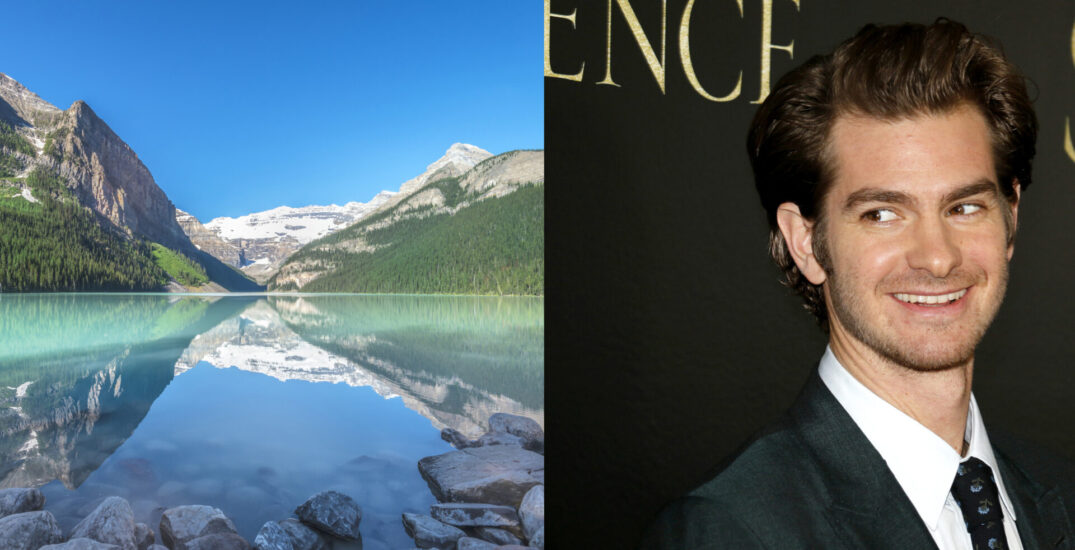 Actor Andrew Garfield was recently in Alberta filming Under the Banner of Heaven and he discussed all the things he loved about the province in a new interview.

Alberta has become a hotspot for the film and TV industry lately, with a number of productions choosing to shoot in the province, including the highly anticipated HBO series The Last of Us.

Recently released Under the Banner of Heaven adds to the impressive roster of shows and movies filmed in Alberta and, with Garfield’s seal of approval, we can’t wait to see what production comes to town next.

Andrew Garfield stars alongside Daisy Edgar-Jones and Sam Worthington in the true-crime miniseries, which is based on a Jon Krakauer book by the same name.

The series was filmed in and around Calgary last year. In an interview with ET Canada, posted to YouTube on June 4, Garfield spoke about his time in Alberta.

Given the heavy subject matter of the story, the interviewer asked Garfield if Alberta was a good place to be when he needed to take a break.

That was all the promoting he needed because Garfield then goes off about how much he loved the area.

The actor went on to profess his love for Banff and Lake Louise as well. He said he took a “crazy cold” dip in Lake Louise: “I was like, ‘Why is no one else doing this?’ and then I jumped in and I was like ‘Oh, now I understand why no one else is doing this.'”

He described how tight the cast and crew were during production, saying that they’d go on hikes on the weekends and have game nights.

But his favourite place in the city? The Repsol Centre.

“It’s a big sports centre,” Garfield said. “Shoutout to the Respol Centre. ‘Cause like, it had a great steam room and a really great cold plunge and jacuzzi, and big Olympic-sized swimming pools, and workout gear, basketball courts… I just loved it.”

The actor said that that’s where he spent most of his downtime while he was in town. “Big ups to the Repsol Centre,” he added.

We’ve never been that enthusiastic about the Repsol Centre before, but now that we know how highly Andrew Garfield regards it, we’re starting to wish we’d spent more time there while he was in town.

Krakauer’s Under the Banner of Heaven novel, which was first published in 2003, investigates and contrasts two histories.

The author describes the origin and evolution of the Church of Jesus Christ of Latter-day Saints alongside a modern double murder committed by Ron and Dan Lafferty, who subscribed to a fundamentalist version of Mormonism.

The Lafferty brothers allegedly killed their sister-in-law, Brenda Lafferty, and her baby daughter in 1984, and claimed that they received a commandment from God to do so.

The first episode of the TV series was released on Hulu in the US on April 28, 2022. Canadian viewers can watch the show beginning June 8 on Disney+.