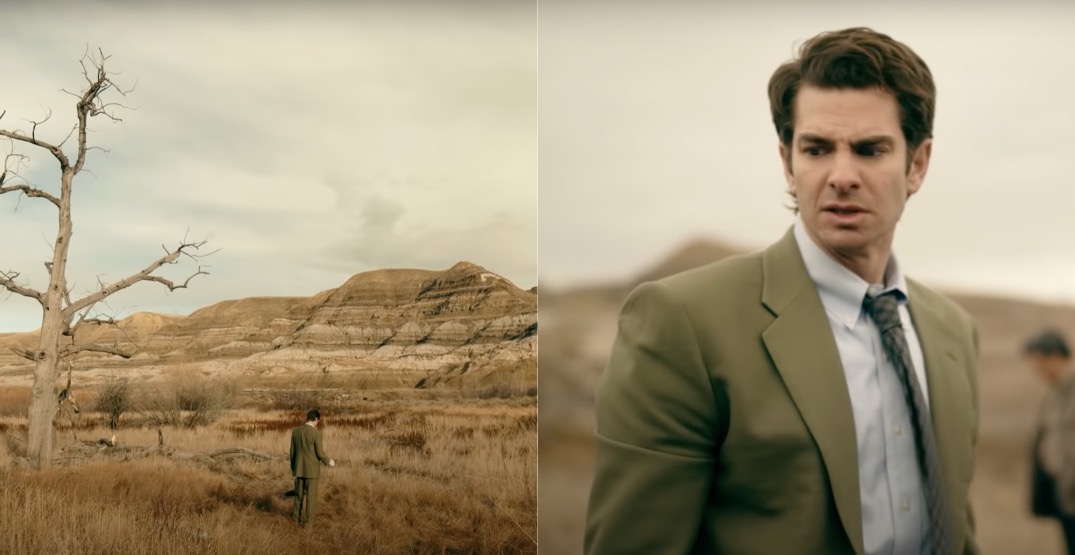 Another Alberta-shot series is coming to the small screen, and we have just caught our first glimpse of what we can expect.

Andrew Garfield stars in Under the Banner of Heaven, a true crime drama miniseries that is set to air later this spring.

The series was shot in various spots around Alberta, and the appearance of the Badlands in the trailer confirms that we may see areas we have visited ourselves. That’s always neat!

It’s based on the best-selling true crime novel by Jon Krakauer, with Garfield playing a devout LDS elder who begins to question some of the church’s teachings after a vicious murder.

Check out the spooky trailer below:

Academy Award-winner Dustin Lance Black is the series creator and serves as an executive producer, while Daisy Edgar-Jones and Sam Worthington star alongside Garfield.

Alberta has been a hotbed for Hollywood lately. HBO’s The Last of Us is currently filming in the province, and Ghostbusters: Afterlife, released last fall, was filmed in Alberta as well.