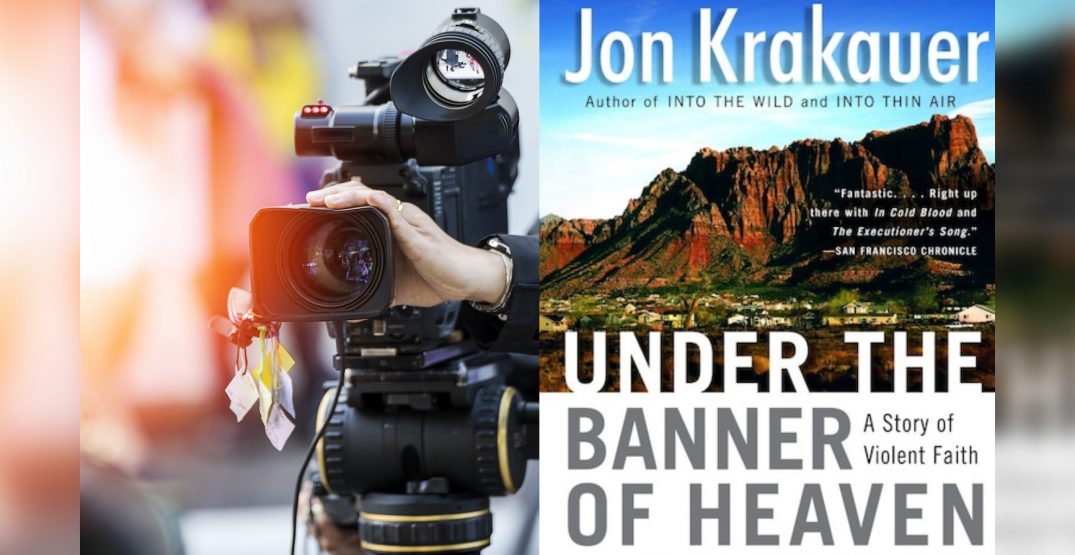 An adaptation of the Jon Krakauer book Under the Banner of Heaven is slated to be filmed in the Calgary area this year.

According to the Director’s Guild of Canada, the series is currently in pre-production, with filming scheduled to begin on August 3. Production is expected to wrap up on November 1.

The series follows Krakauer’s nonfiction book Under the Banner of Heaven: A Story of Violent Faith, which was first published in 2003. In the book, Krakauer investigates and contrasts two histories.

Krakauer describes the origin and evolution of the Church of Jesus Christ of Latter-day Saints alongside a modern double murder committed by Ron and Dan Lafferty, who subscribed to a fundamentalist version of Mormonism.

The Lafferty brothers allegedly killed their sister-in-law, Brenda Lafferty, and her baby daughter in 1984, and claimed that they received a commandment from God to do so.

Another of Krakauer’s books, Into the Wild, which followed the story of Chris McCandless, was adapted for a 2007 movie of the same name that ended up winning 23 awards.

The director’s guild notes that Calgary-based OP Banner Productions Inc. is behind the production of the project, and writer Dustin Lance Black’s website says that Black is responsible for the adaptation of the book.

Black is known for his Oscar-winning screenplay Milk, and the film J. Edgar, starring Leonardo DiCaprio.

According to Black’s website, Under the Banner of Heaven will be a limited series for FX and Imagine Entertainment, and it’s to be directed by Ron Howard.

The production of Under the Banner of Heaven joins the ranks of a number of other projects currently being filmed in the Calgary area, including The Last of Us, Billy the Kid, Raphanis (the Fraggle Rock reboot), and Heartland.