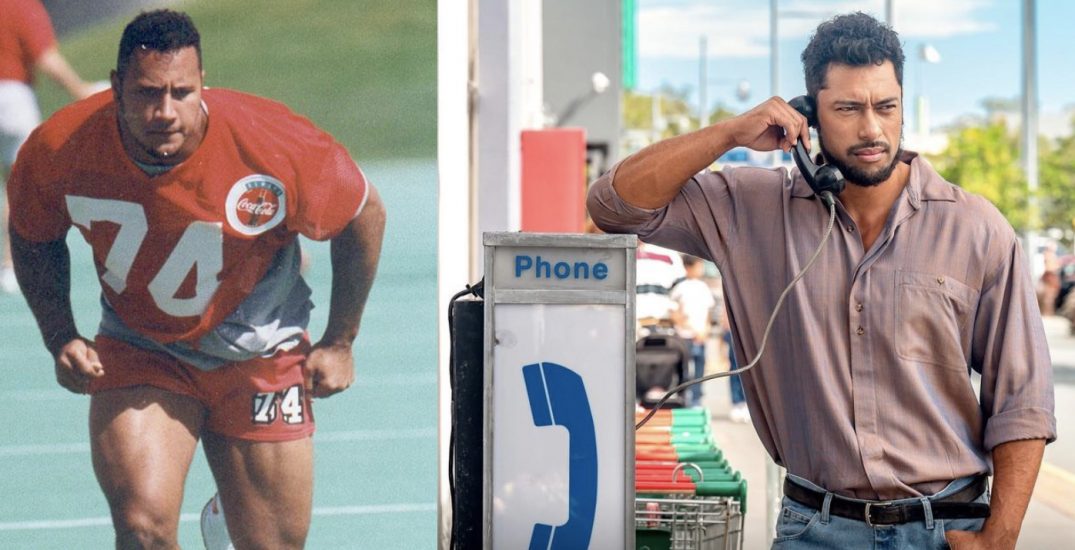 Who doesn’t want to know more about the life of Dwayne “The Rock” Johnson from back when he was just a pebble?

NBC sitcom Young Rock takes a look at Johnson’s early years, including his time playing for the Canadian Football League’s Calgary Stampeders – and getting cut from the team.

The wrestler-turned-actor was released by the CFL team when he was 22 years old, just two days after playing in his first pro football game. Thus began his “7 bucks moment.”

“I came to this area, Calgary, Alberta, Canada, almost 20 years ago with a big dream and the willingness to work. I left this area almost 20 years ago, my dreams were crushed,” The Rock said in a 2019 Instagram video when he was in the nearby Rockies filming Jumanji: The Next Level.

It sounds as if we’re going to learn more about that time in his life during the most recent episode of Young Rock, airing tonight. Johnson acts as the narrator of the show.

“In ’95, I was ready to be great at something and tackle the world — but then I got cut from my team, the Calgary Stampeders,” writes The Rock in an Instagram caption promoting the episode.

He goes on to add that he called his parents from a payphone in Miami after being released from the team. “Hated having to make that call,” he says, but it was necessary: The Rock had $7 in his pocket and needed a place to live.

“To his credit,” continues Johnson, “my old man hung up the phone and immediately jumped in his truck and came to get me.”

“What a fucking wild time in my life,” adds The Rock, “but as the old saying goes, there’s no progress without struggle.”

And, clearly, that struggle in his younger years has paid off, as The Rock has gone on to star in numerous movies, start his own production company (Seven Bucks Productions), and gain one of the top social media rankings among actors, with over 305 million followers on Instagram alone.

Although he didn’t spend as much time in Calgary as he had once hoped, Johnson seems to have a soft spot for the area and had been heard shouting out the city several times.